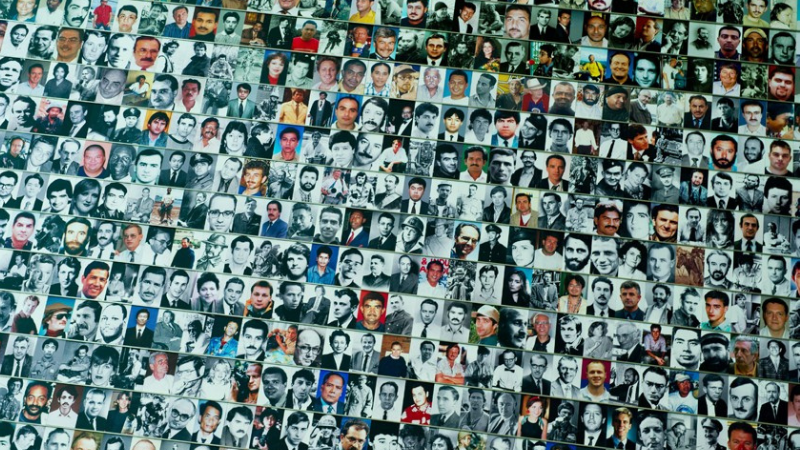 A group of leading media organisations have launched a new initiative called The People’s Tribunal on the Murder of Journalists to “indict governments” and seek justice for murdered media workers.

The collaborative project between Free Press Unlimited, the Committee to Protect Journalists and Reporters Without Borders, with the name ‘A Safer World For The Truth’, was established as a response to the more than 1400 murdered journalists since 1992.

Since 1992, more than 1400 journalists have been killed. In 8/10 cases, the killers go free. The persistently high level of impunity perpetuates a cycle of violence against journalists, posing a threat to freedom of expression. So we are stepping in.https://t.co/qc9Lo5N6jO 2/ pic.twitter.com/lbb85UTmRh

“This high level of impunity perpetuates a cycle of violence against journalists, posing a threat to freedom of expression,” they tweeted while announcing the new initiative.

According to the project site, the coalition will pursue justice through a series of investigations into cases where a journalist was murdered for doing their job. Through the investigation, they hope to come across new facts and more information that will pave the way for justice at The People’s Tribunal on the Murder of Journalists in The Hague.

A focus will be given to investigating cold cases and bringing them to or back to court.

The coalition said that in 2019, no perpetrators were prosecuted in 86% of cases. With a journalist being killed on average every seven days, they felt the need and urgency to step in.

“Journalists all around the world are harassed, arrested, kidnapped and murdered for doing their job: for finding the truth. Fueled by a lack of political will and poor institutional capacity, this deadly trend has held steady for the past ten years. It must end,” they said.

The first hearing of the Tribunal will take place on 21 November 2021 and will focus on “the systemic nature of the problem of impunity for murders of journalists.”

Following the hearing, three other case hearings will be organised between January and March 2022. Each hearing will take two days and aims to cover the facts of the case and the broader context of safety for journalists in the country in question.

They will focus on cold cases in Sri Lanka, Syria, and Mexico.

In Sri Lanka, Lasantha Wickrematunge was killed on 8 January 2009 amid “systematic attacks of journalists during the civil war.” The indictment reads that the government, under the leadership of Mahinda Rajapaksa as President and Gotabaya Rajapaksa as Secretary of Defence, authorised attacks on journalists, including killings. At least 15 journalists were killed, and many more were threatened, assaulted, or abducted between 2005 and 2015.

Wickrematunge was a co-founder and editor-in-chief of English-language weekly, The Sunda Leader. He is described as “one of the most prominent journalists who dared to report critically on senior officials during Sri Lanka’s civil war.”

The Syrian case relates to the murder of Nabil Walid Al-Sharbaji, who was arbitrarily detained, tortured while in custody, and then died in prison four years later. His body was never returned to his family, and the Syrian government has failed to make any statements regarding the death or initiated any investigations into the circumstances surrounding it.

The third case to be brought before the Tribunal is that of Mexican journalist Miguel Angel Lopez Velasco. He was killed on 20 June 2011, along with his wife Agustina Solana and their son Misael. The murders took place under the watch of Governor Javier Duarte, a period when the number of murdered journalists in the area soared.

The indictment reads that “the case of Miguel Angel Lopez Velasco is emblematic of the persistent impunity for murders of journalists in Mexico, widely believed to be one of the drivers of continuing violence against journalists.”

Velasco had regularly reported on corruption involving Duarte and his administration.

A closed hearing will then take place in May 2022, where judges will present their preliminary findings. These will be followed by a full written judgement for each case in due course.

The prosecution of the Tribunal will formulate its charges based on existing obligations under international human rights law. These include the right to life, freedom of expression, freedom from torture or cruel, inhuman, or degrading treatment, the right to an effective remedy, and freedom from discrimination based on political opinion.

As a minimum, states should refrain from the arbitrary deprivation of the lives of journalists, protecting them against risks to their lives, investigate links between their death and work and conduct “prompt, effective, independent, impartial, credible and transparent investigations.”

Four journalists have been killed in Europe in the past four years; the brutal assassination of Malta’s leading journalist Daphne Caruana Galizia on 16 October 2017, the contract-killing of Ján Kuciak and his girlfriend, Martina Kušnírov in 2018 and the slaying of Greek reporter Giorgos Karaivaz and Dutch investigator Peter de Vries earlier this year.

In the case of Caruana Galizia’s murder, a public inquiry concluded in July that the Maltese state is responsible for having fostered a culture of impunity for criminals that made the assassination possible. Court proceedings against several of her assassins are ongoing, including the alleged mastermind, Yorgen Fenech.