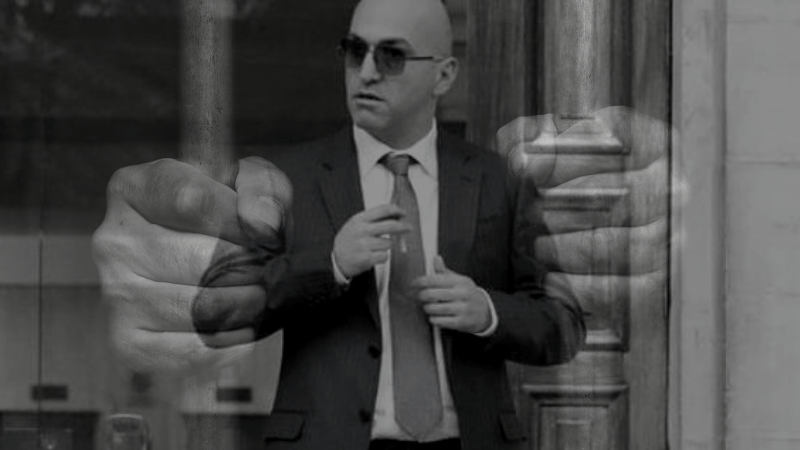 International press freedom organisations have welcomed the news of the indictment against accused murderer Yorgen Fenech for masterminding the assassination of journalist Daphne Caruana Galizia, but cautioned that it’s not over yet.

No date has yet been given for the trial.

Leading the reactions was Reporters Without Borders, one of the loudest voices in the campaign for justice since Caruana Galizia was killed with a car bomb in October 2017.

In a Tweet, they welcomed the news but said they will continue campaigning until all of those involved face justice.

RSF welcomes the indictment of Yorgen Fenech, accused of masterminding the assassination of #DaphneCaruanaGalizia, who will now stand trial by jury in Malta. We continue to campaign for all involved in this horrific attack to be brought to full justice. https://t.co/0Dc8fB223o

The International Press Freedom Institute called the indictment “a milestone in the fight against impunity”, noting it was an important step down the road to full justice.

#Malta: Today’s indictment of the man alleged to have orchestrated & funded the assassination of #DaphneCaruanaGalizia is a milestone in the fight against impunity and an important step down the road to full justice.

In a statement, IPI Deputy Director Scott Giffen said that until the jury has made their decision, the IPI will “continue to demand justice for Daphne’s murder and consequences for the corruption she exposed.”

The Committee to Protect Journalists also welcomed the news. They highlighted the fact that the inquiry into the journalists’ killing concluded that the Maltese authorities were responsible for creating an atmosphere of impunity prior to the assassination.

CPJ welcomes Maltese authorities' indictment of Yorgen Fenech for the murder of journalist Daphne Caruana Galizia, an important milestone in the fight against impunity for her assassination.#DaphneCaruanaGalizia #Maltahttps://t.co/fBc6bXUkDx

The European Federation of Journalists, Europe’s largest journalism union called for an end to impunity.

EFJ President Mogens Bilcher Bjerregard said that impunity for crimes against journalists must end. He cautioned that often, hitmen get sentenced but masterminds continue to run free.

“We are hopeful that justice will finally be served and we will closely observe the upcoming trials. Too often, it is only hitmen, if even, that get caught, while the masterminds behind the crimes are running free. The Maltese authorities must punish everyone involved in the brutal murder.”

Caruana Galizia’s youngest son Paul commented that the indictment was “a major turning point in our fight for justice”.

A major turning point in our fight for justice.

The prosecution today indicted Yorgen Fenech for my mother's murder and, at a trial by jury, will seek life + 30 years.https://t.co/T4qI5j69pW

The conclusions of the public inquiry into the assassination of Caruana Galizia made it clear that the Maltese state was responsible for her death and had failed to recognize risks to her life. Furthermore, they failed to take reasonable steps to protect her and prevent her assassination.

It also noted that a culture of impunity had been created throughout every government institution and office, directly from the higher echelons of power. It specifically named disgraced ex-Prime Minister Joseph Muscat for enabling this culture of impunity.

Fenech, a member of the family that owns Tumas Group, was involved in the shady Electrogas deal involving the Maltese government and Azeri-state-owned company SOCAR.

Caruana Galizia was reporting on the deal at the time of her assassination and had information that would have “put in doubt” the future of the deal.

“She knew about the existence of 17 Black. She knew Electrogas was on the verge of failure and in September 2017 she wrote about this fact,” the report reads.

Fenech was also the owner of 17 Black, an offshore company set up to funnel kickbacks of millions to companies owned by former Energy Minister Konrad Mizzi and former Chief of Staff Keith Schembri.

Fenech, who has been held without bail since his arrest in November 2019, is expected to remain in custody.

Yorgen Fenech was not alone.

Burmarrad and Melieha are part of it to.

THANKS TO THE HEROINE MALTA WILL BE A MUCH BETTER PLACE SHOULD ALL THE CORRUPT PERSONS FACE JUSTICE, STARTING FROM THE CORRUPT ARTFUL DODGER AND HIS DESPICABLE LOT.