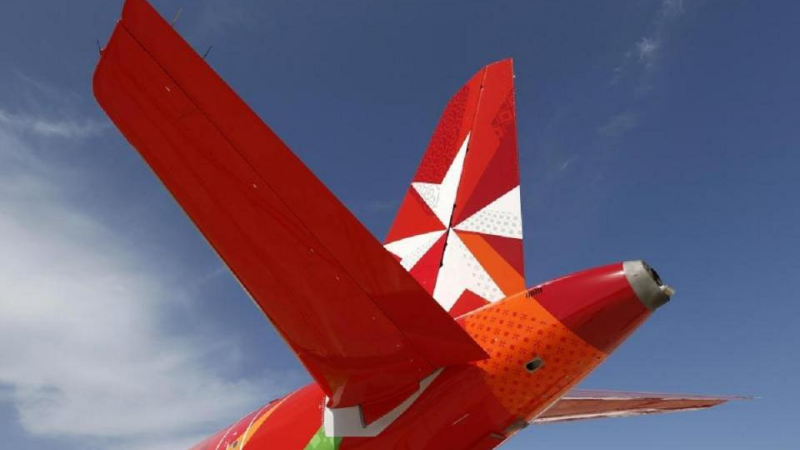 Air Malta has spent some €4 million in consultancies in the last few years despite the airline’s dire financial situation.

Among the most lucrative consultancies awarded by the airline on Finance Minister Clyde Caruana’s watch is a €2.4 million direct order this year to Knighthood Global Ltd, whose Maltese representative is Centrecom, a company co-owned by Maltese-Australian Leslie Cassar.

The Finance Minister confirmed this direct order in parliament but did not specify the service the company is providing in the one-year contract granted.

Caruana also failed to explain to parliament why local audit firm Ernst & Young is being paid another €404,000 for consultancy. The only information available is that “the (unspecified) project is in progress”.

A competing auditing firm for the Labour Party, RSM Ltd, was also given a €100,000 consultancy.

In each case, it is unclear what consultancies these companies are offering the government.

Other beneficiaries include TBWA\ANG, founded by the late Godfrey Grima – a Labour Party stalwart and the brother of a former Labour Minister in the 80s – and now run by his daughter Julianne.

Beneficiaries also include auditing firm KPMG, legal services firm Camilleri Preziosi and Malta Med Air, a fully-owned government airline set up as a backup to keep Air Malta running in case of industrial action by its employees, particularly the pilots.

The politically-appointed Chair of Air Malta is David Curmi, who is also a director on the board of the Corinthia Group. While the company he leads dishes out millions in direct orders. the airline is losing millions per week, with the government seeking the green light for emergency funding from Brussels.

Meanwhile, more than half the airline’s employees are being given golden handshakes to leave the company, worth some €50 million. It is as yet unclear whether Brussels is considering these payments as State Aid.

The Finance Minister is giving no guarantees that the airline will survive despite the massive expenditure, but he has made it a point to blame the Opposition Party for the decisions being taken today, even though the Labour Party has been in government for almost a decade.

The Shift has already revealed a Plan B, approved by Caruana and Prime Minister Robert Abela, to dissolve the airline and start a new low-cost entity.

Caruana is trying to publicly blame Brussels for this possibility, even though he admitted that the ‘profit’ that his predecessor Konrad Mizzi announced in 2018, after presenting accounts audited by PWC, presented a false picture of the airline’s financial health.

Air Malta has failed to publish its annual accounts for the past three years, ever since those doctored accounts were presented to the public.

There are many reasons for the lack of trust from Brussels. The cancer of corruption in this country is one of them.

Sometimes I start to think the EU is either stupid, unable to see through these kindergarten account movements or corrupt to the bone.

Reading an article like this proves that it equally stupid as it is corrupt.

So what are the chances of the pot calling the kettle black?

As a European, I am totally against my taxes used to bail out this total failure of a company, which is nothing more than a millstone around the Maltese collective neck

Centrecom is a story in itself. Given a full factory floor , in an industrial estate reserved for Technical Companies employing a number of specialist employees to produce high tech niche products for export.
Probably another secret contract , which the government will be hell bent to keep it secret.

Note the parallelism between the way they bankrupt Air Malta and now Country Malta. Money for mates, our children will have to clean up the debt.

And selling flights for 400 euros one way.

From what I perceive this is a common situation in most (if not all) ministries. E.g. the officers working there, having graduated in areas of their interest, work for peanuts…whilst in come the advisors which basically interfere with the officers’ work and muddle up the lines of command. Though perhaps Air Malta works slightly differently.

Silvio Falzon got many things to explain
David Curmi too needs to explain.
Clyde Caruana is the man behind several injustices he orchestrated with the GWU.