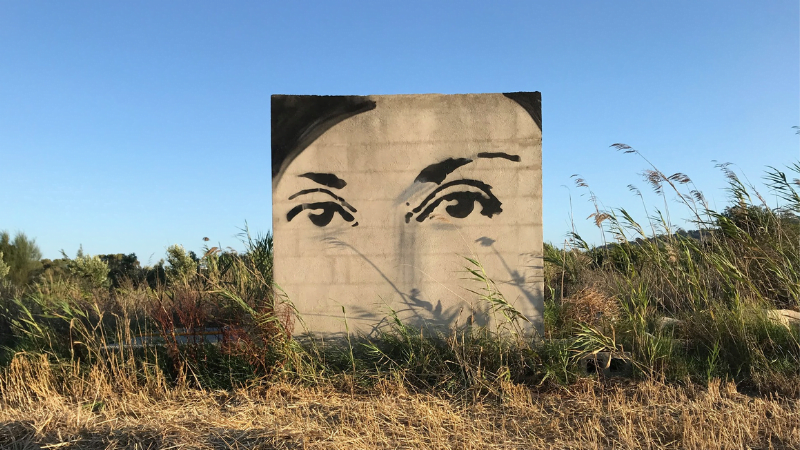 ‘Groundbreaking confirmation of the role political propaganda played in her death’

An extensive, six-month investigation by The Shift into the secret Facebook groups working to dehumanise and isolate assassinated journalist Daphne Caruana Galizia has proved pivotal to the conclusions reached by the public inquiry into her murder.

The slain journalist was the victim of an orchestrated dehumanisation campaign led by PL MP and Whip Glenn Bedingfield from within the office of disgraced former PM Joseph Muscat, the three judges conducting the inquiry decided.

In February and March last year, the Shift’s founder Caroline Muscat presented the inquiry with the results of its undercover investigation that exposed the mechanics of the vicious, relentless campaign against Caruana Galizia. That evidence helped prove the central verdict in the inquiry’s report: the state is responsible for the brutal killing of the trail-blazing journalist.

The Shift is now publishing this evidence for the first time (you can read it here). It builds on evidence also provided by the Caruana Galizia family and international press freedom organisations.

If we think of murder and torture as universally taboo, then dehumanisation of the “other” is a psychological loophole that can justify them. This is why when we look back at some of the most tragic episodes in human history, we will find words and images that stripped people of their basic human traits.

Once someone is dehumanised, we deny them the consideration, compassion, and empathy that we normally give other people and can relax our instinctive aversion to aggression and violence.

This is also why the role of the sustained vilification campaign against Caruana Galizia is one of the many careful considerations made by the public inquiry board tasked with establishing the extent of the State’s role in the journalist’s assassination.

Speaking during a virtual press event discussing the findings of the inquiry, Caruana Galizia’s son, Paul, said that one of the important parts of the report for him was the confirmation of how a “government-sponsored dehumanisation campaign” against his mother “prepared the ground for the assassination.”

He added that acknowledging that this campaign was coordinated by members of the government and ultimately led to her death was a “huge step forward”. His brother, Andrew, said on Twitter that the public inquiry offered “groundbreaking confirmation of the role political propaganda played in her death.”

The inquiry also found there was an "orchestrated plan" to neutralise the political impact of her reporting, "which was successful because it was orchestrated by the Office of the Prime Minister." A groundbreaking confirmation of the role political propaganda played in her death.

The report’s conclusions are based on the testimonies of around 150 witnesses’ before the board of inquiry. These testimonies were further reinforced by detailed supporting evidence submitted by a number of parties adding up to well over 200 pages.

The Shift also presented its own evidence to the panel of judges, reports stemming from its six-month investigation into online hate groups. These two brief reports are [being published for the first time] since the government has not yet fully published the evidence presented to the board. These reports confirm the extent to which partisan propaganda by government members and other state functionaries contributed to the risks faced by the journalist.

A meme in the PL groups.

In its conclusions, the board found that her isolation and dehumanisation, coupled with the inaction of law enforcement and other authorities, helped create an atmosphere of impunity. In essence, those who wished to harm her felt that they could do so in the assurance that they would be protected, the board concluded. It further adds that “there was an orchestrated plan to neutralise the murdered journalist’s investigative journalism”.

A plan that was successful precisely “because it was centrally organised by the Prime Minister’s Office and that eventually led to the complete isolation of a journalist when she also became the target of the then leader of the opposition.” (pgs 398 -399).

This aspect of the increased hostility that Caruana Galizia faced is mentioned frequently throughout the report. It charts, in meticulous detail, the many instances of hostility experienced by the journalist throughout her life and how these became more frequent, more persistent, and more vicious in the years prior to her death, particularly after her work on the Panama Papers (pg 253).

The report also highlights government whip Glenn Bedingfield’s role in generating hostility towards the journalist given that at the time he ran a blog dedicated to attacking Caruana Galizia while working at the prime minister’s communications office (pgs 246-252).

Labour MP Bedingfield defended his actions by saying that his blog was “an equal and opposite reaction” to Caruana Galizia’s writing. This notion is rejected by the board that said there was nothing “equal” between the writings of the public official and the journalist, given that Bedingfield had a media house, the power of a governing political party, and near-infinite resources at his disposal (pg 247). The inquiry board clearly identifies the disparity between Bedingfield, a government official at the centre of power attacking a journalist, and a journalist “attacking” the government on the other hand (pg 248).

Similarly, it noted how other government officials such as Neville Gafa had no qualms about sharing Facebook posts with images of witches, disgusting creatures with Caruana Galizia’s face photoshopped on them or even stalking her and uploading photos. The board noted how even the police, whose role is to protect and defend, not only stood by doing nothing but also became another source of annoyance and harassment as people maliciously reported false offences such as a fictitious “hit and run” incident in 2013 (pg 253).

In the section dedicated to the implications of the dehumanisation campaign against Caruana Galizia, another salient detail considered by the board is how incidents like that of Ignatius Farrugia impacted people’s perception of the journalist.

In 2013, shortly after the elections, the Mayor of Zurrieq at the time, Ignatius Farrugia, along with a small crowd of supporters chased and accosted Caruana Galizia in Rabat, forcing her to take shelter inside a Franciscan convent.

When, on appeal, Farrugia was acquitted (because of an error in the sentencing process by Judge Giovanni Grixti) of the harassment charges filed against him and a presidential pardon was subsequently issued, the board writes that what the public will have noticed is not the legal circumstances that led to the pardon, but that Farrugia was involved in an altercation with the journalist and was acquitted of all charges – meaning that the journalist was fair game for those that wished to harm her (pg 250).

Moreover, purposefully adding Caruana Galizia’s face to a Labour party billboard together with members of the Nationalist party served to identify her as a member of the opposition (pg 251).

The research presented to the inquiry board by The Shift’s founder Caroline Muscat centred around the six-month investigation into the PL’s secret, closed groups on Facebook. The undercover investigation began after The Shift’s journalists and researchers were given access by a whistleblower to numerous previously closely guarded groups.

The Shift’s research charts these groups’ role in the online hatred campaign faced by Daphne Caruana Galizia. The groups continued their dehumanisation campaign well after her death while also discrediting government critics such as the Daphne Project, local journalists, activists, and opposition MPs.

However, it was the involvement of government officials and public service employees in actively administering and moderating the groups “including screening members for PL membership and curating content by removing critical views,” that set these groups apart.

The Shift’s research was also confirmed by Bloomberg and other well-respected research bodies such as the University of Oxford which consider Malta as employing state-sponsored trolling tactics.

It is of profound importance that a public inquiry report of this magnitude has included the element of the state-sponsored vilification and dehumanisation of Caruana Galizia.

It is important because for too long, those in power played down, dismissed, or defended this behaviour under the guise of freedom of speech.

It is important because it will become part of an extensive body of international research documenting the state-sponsored harassment of journalists.

It is important not only because it reminds us that the assassination didn’t occur within a vacuum but, most importantly, as her son Paul pointed out, because “it restores her humanity”, a humanity that was slowly etched away over the years.

Our little backward, moronic and underdeveloped island state is The Very Best in the Whole Wide World.

Not just out of whack – but lamentably out of this world.

it all started when Joseph took the leadership seat…under that face there lies a bag of hatred like no other which he masked so well…Daphne knew him well and Joseph knew it and that’s why she became the number 1 enemy….we saw same hatred levelled against Simon Busuttil…Joseph knew his weaknesses and amplified them without showing his hand…he is a master in disguise…how he actually can put such a joval face while spelling and spewing hatred is just incredible…

Reading the above cruel comments by labour trolls shows how these people live their daily lives. Hatred spouts from their mouth like venom from a deadly serpent. Miskina Malta !!

In Malta, any whistleblower risks being murdered like Daphne Caruana Galizia or framed as I have been by former disgraced corrupt former EU commissioner John Dalli. The sad thing is that many police high ranking officers, politicians, and the judiciary are so corrupt that no one stands a chance of getting the justice they deserve.

The interview is one of the most depressing and frustrating testaments I have read. I have read parallel indictments of the state from the likes of the former Soviet Union/ eastern bloc vassal states. Vice-ridden, cowardly inhumanity.

The tapir and the elephant