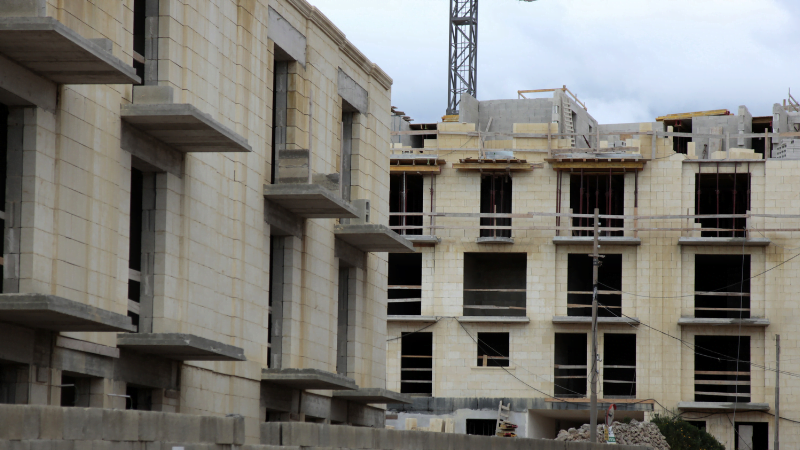 The parts for which shell construction is almost complete.

Gozo under siege: more than 6,000 development permits issued since 2013

Development applications approved by the Planning Authority in Gozo in the past eight years have hit a record high, confirming fears that the island is under a construction onslaught that’s in danger of destroying its unique rural character and tranquil environment.

As NGOs, local councils and individual politicians, including former Labour Prime Minister Alfred Sant, warn that the damage being done may soon be irreversible, new statistics tabled in parliament a few days ago give impetus to their urgency.

Environment Minister Aaron Farrugia told parliament this week that the Planning Authority has approved more than 6,000 development applications in Gozo since 2013, with one in every six involving projects in areas designated as outside development zones.

The data shows that while up to 2015, new development applications in Gozo stood at an average of 500 a year, the number has rocketed almost three-fold since then, reaching a record 1,400 applications each year for 2019 and 2020.

Of these applications, the majority were given the green light by the PA and turned into active development permits, with only 60 requests rejected in 2019 and fewer than 50 turned down in 2020.

These numbers alone, however, may not adequately demonstrate the full extent of the damage being done to Malta’s smaller, greener, sister island. This is because most of the permits issued represent the conversion of a single household unit into blocks of flats, consisting of many scores of apartments – and all via one single planning permit.

The Shift has recently reported on a number of different applications submitted, most of which are in the name of Nadur construction magnate Joe Portelli. The developer, together with his associates, is seeking to build hundreds of flats in various locations across Gozo.

This furious increase in construction activity has already taken its toll on the landscape, with large tower cranes dominating the skyline of many once-traditional Gozitan villages. The stark message in the rapidly proliferating crane crowding most previously scenic views has prompted several local councils and NGOs to fear a substantial and rapid erosion of Gozo’s traditional quality of life.

Taking their concerns directly to President George Vella, the Gozo regional council, representing the local bodies, appealed for the authorities to intervene urgently to prevent further damage from rampant over-development.

The business community has backed the protest and has issued a joint communique from the Malta and the Gozo business chambers.

Stressing Gozo’s unique character, the Chambers criticised existing government policies implemented by the Planning Authority, which “are giving a free hand for over-development,” they said.

They called for policies to be rethought and new, stringent design guidelines to be introduced which respect the context of traditional Gozitan towns and villages.

The uncontrolled development is also harming the prospects of the tourism industry in Gozo, the Chambers said in their statement.

According to Minister Aaron Farrugia there were no development permits approved on ODZ. https://www.facebook.com/watch/?v=191808809492671

In a few word it is to be said that gozitans are making good money by selling their property to construction monguls,
Making hay while the sun shines.

For the government, this is another way of promoting money laundering, and creating another opportunity for the Planning Authority officers to create additional undeclared income.
Gone will be days when the first thing we suggest to foreigners, is not to miss a visit to Gozo.
The opposition needs to be vociferous on these issues. It can only win votes by convincing those who are reluctant to vote because of their softness on issues like development, the environment, hunting, caravan site poachers etc. The beneneficiaries of the law of the jungle will always vote for the PL jungle party, and it is therefore useless to pay them lip service.
Boldness in harsh decisions is the only way forward.

6,000 PA permits in 8 years are nothing when one considers over 12,000 PA permits per year on Malta. Most of these permits are not for new buildings but also for small amendments.

Although the construction in Malta had become ridiculous, blowing up numbers to scare people is not ethical.

We’re not blowing up any numbers – the numbers represent what was presented in parliament. If you choose to interpret them differently, it’s your twist, not ours.

U ejja, come on! We’re no longer hamalli