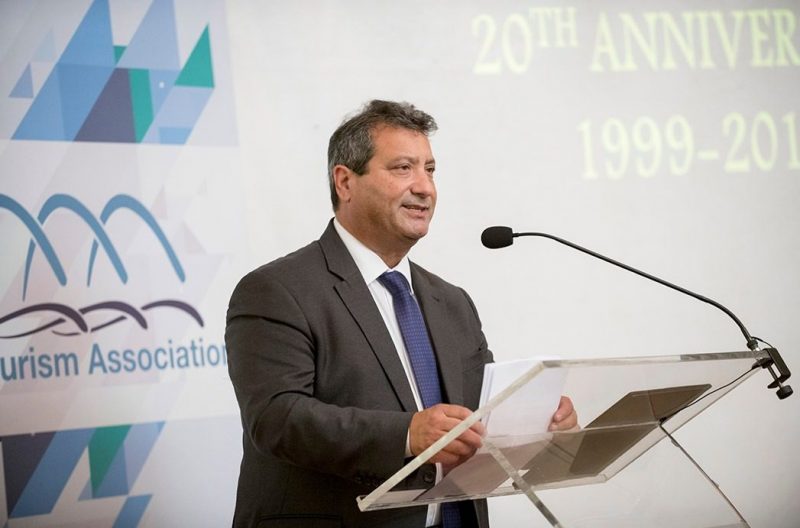 Malta Tourism Authority chairman Gavin Gulia was bombarded by complaints from those he described as “jealous” event organisers who were angry that the majority of sponsorship funds were diverted to a small elite group but still did nothing about it.

Instead, he believes that they “should form an association” and hold a meeting with him to discuss the matter, he said when testifying before parliament’s Public Accounts Committee on Wednesday.

Gulia fielded questions from MPs about the MTA’s practice to provide sponsorships to a close-knit group of event organisers. The Shift had revealed that this trend picked up in 2018 when Lionel Gerada was appointed head of events at MTA and the budget ballooned from €2 million to €6 million in just one year.

During a heated session this week, Gulia confirmed he had received multiple complaints about the MTA sponsorship committee and Gerada.

“People from the industry came to see me, texted and called me more than once. What I don’t like is how when they don’t get what they want and then use you (PAC). They get jealous and use you to punish us”. One of the main complaints he got was that 356 Events “are getting everything”. 365 Events is owned by Gerald Debono, Trevor Camilleri, Nicholas Spiteri and Edward Zammit Tabona and is part of the small group of events companies that received thousands of euro in sponsorships from the MTA.

“You think I didn’t get enough calls and complaints? The people in the industry speak to me and they respect me a lot,” he told the committee.

Instead of admitting that there might have been truth behind the complaints, Gulia deflected blame back onto the organisers.

“I urge people in the industry to form an association and come speak to me. But don’t go giving information to the members of the committee to attack me and my team,” he said.

This led to Nationalist MP Chris Said to retort back: “What do you expect? We are the Opposition. Of course, they come to us”.

The PAC is scrutinising a number of controversial contracts issued by the MTA that led to huge amounts dished out in sponsorships – even for private events – and its members also grilled Gulia about Gerada’s criminal record, revealed by The Shift.

Gulia said he would have still employed Gerada had he been aware of his criminal record because he “believes in second chances”. The Shift revealed how Gerada was entrusted to handle taxpayer money despite his criminal record involving embezzlement of funds and falsification of documents.

Gulia said he was not involved in the MTA’s recruitment process. “Gerada has experience in the industry and I felt that he was good. I did not check his police conduct. The head of human resources saw it,” he said.

There was no explanation given to justify the choice considering Gerada had acted as a political canvasser for disgraced former Tourism Minister Konrad Mizzi.

Nationalist MP Beppe Fenech Adami pressed Gulia on whether he would have still employed Gerada. “I am a man who believes in second chances. What do you want me to do? Fire him?” Gulia said.

He justified his argument by pointing out that everyone made ‘mistakes’ but should still be respected. “There is an MP who was found guilty of falsifying his own ID card. I will not name him. That was years ago and I still respect the man today,” said the chairman who’s own father-in-law is renting out a villa to the MTA for €500,000 a year on a 10-year contract. Gulia was also questioned about the lack of proper minutes kept at these committee meetings. Said asked whether he considered this acceptable.

Again, Gulia was quick to shrug off blame and lay it elsewhere – this time to when the Nationalists were in government prior to 2013.

“We refer to the documents presented to you as minutes, although these are not what you would expect. But let’s face it, at least we did keep minutes from 2013 onwards. Because we couldn’t find any minutes before that – there was a sponsorship committee but no records of any minutes at all,” he said.

He had instructed his personal assistant to search for pre-2013 but was told that these did not exist, he claimed.

Asked about the disparity in spending between 2017 and 2018, Gulia said the MTA increased its budget to revamp the level of events brought to Malta.

“We worked with a lot of companies, including G7, Isle of MTV and NNG. We give funds to organisations following an evaluation process and they take care of everything”.

This is not quite the way things work out, according to event organisers who spoke to The Shift and shed light on a dual system in which those who knew Gerada had access to the ‘quick lane’.

The committee questioned Gulia about the MTA’s verification process to establish how many tourists visited Malta for specific events such as Tomorrowland and Summer Daze Malta. More than €1 million was allocated to Summer Daze alone, which was held during the 2018 Santa Maria weekend. Gulia argued that these events benefitted the tourism industry immensely, saying that Lost and Found alone managed to attract between 8,000 and 10,000 tourists.

“Who comes up with these numbers?” members of the PAC asked.

The MTA CEO said that economist Gordon Cordina was entrusted to carry out studies after the events. Said pointed to “serious doubts about these numbers”.

“Where did Cordina get the numbers from?” Said asked.

“You can ask him that,” Gulia replied.

This reflects a similar attitude shown by Deputy CEO Leslie Vella who, in a previous PAC meeting, admitted that there was no assessment of the €4.5 million given to VistaJet when there was very little to show in return.

The MPs also asked Gulia about a trip to Ibiza by the entire events team at the MTA. He insisted that the MTA did not fork out a cent for this trip, which was a team-building exercise.

“The MTA didn’t pay anything and they took all the necessary permissions for leave,” he said.

The Shift has sent questions to Tourism Minister Julia Farrugia Portelli about whether the ministry would be taking any action against Gerada but no reply was received.

It’s time for Europol to intervene