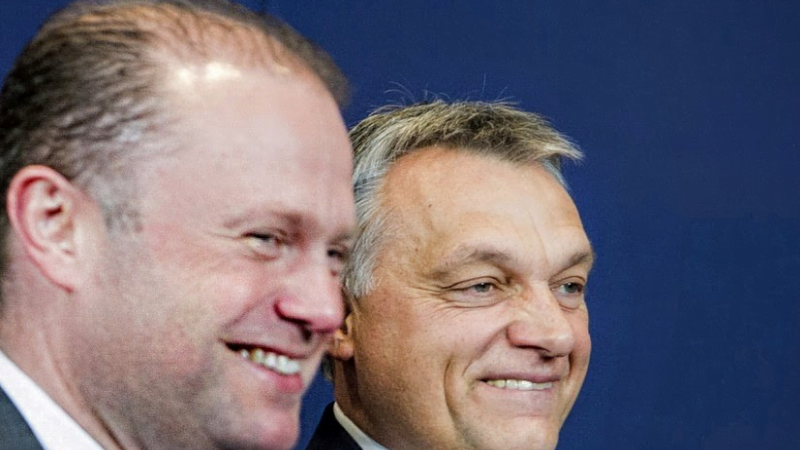 One of the biggest threats to press freedom in Europe is media capture by governments and businessmen with political links, which is often symptomatic of a wider problem linked to the State capture of institutions, according to a new report.

Media capture is defined as “a situation in which the media have not succeeded in becoming autonomous in manifesting a will of their own, nor are they able to exercise their main function, notably of informing people.”

The phenomenon is most pronounced in central and eastern Europe but the report by the Media Development Investment Fund notes that it is spreading to the west, where populist and far-right politicians are increasing their assaults on a free and independent media landscape.

The prevalence of media capture is also often symptomatic of the wider problem of overall State capture, according to the report.

State capture is described as the extreme situation where the government controls public institutions including the judiciary, lawmaking bodies and regulatory agencies. Transparency International, a global corruption watchdog, described State capture as “one of the most pervasive forms of corruption”.

In particular, State financing has proven to be a particularly effective tool at a time when many media platforms are facing financial woes due to a decrease in advertising revenue.

In cases such as these, government spending in the form of lucrative advertising deals has been a lifesaver for many, despite it being referred to as “the most insidious form of government funding”.

The report notes how it is used to reward or punish media outlets depending on how they report on the government and their allies. Decisions to remove advertising cash often condemns media outlets and platforms to extinction.

Over the past 10 years, collusion between the political class and media owners has reached unprecedented levels. This has resulted in a situation where most or all of the news operates as part of government business cartels that control and manipulate the flow of information.

All of the countries covered in the report experience a medium or high level of commercial media capture. This stems from a lack of transparency over funding, a reliance on the State for lucrative advertising, and a full or at least partial capture of the State.

In Bulgaria for example, MP Delyan Peevski owns six newspapers and controls 80% of the print media distribution network. In Slovakia, a company called Penta Investments has taken over a large percentage of online media sites, and in 2012 the company was accused of bribing politicians in return for favours. In Hungary, most of the country’s leading media outlets have been taken over by oligarchs linked to Viktor Orban and his ruling Fidesz Party.

The result is that a large percentage of media in this part of the continent is controlled by a handful of moguls and politically linked individuals.

The concentration of ownership and State control are having a very negative effect on the independence of journalism. Media capture is being used as an advanced form of control meaning that independent journalists are pushed to the periphery, or even out of the market completely. This reduces the space for civil society voices and eliminates any form or government accountability, the report states.

The situation is not so different in Malta. According to Reporters Without Borders, “most of the media in the country is directly owned and controlled by political parties”. Their country-specific report also notes that the State broadcaster is biased, limiting its reporting on major government corruption stories.

The independent watchdog also found that the independent media in the country has grown increasingly dependent on government advertising which has led to the “control of information and the push of pro-government agendas”.