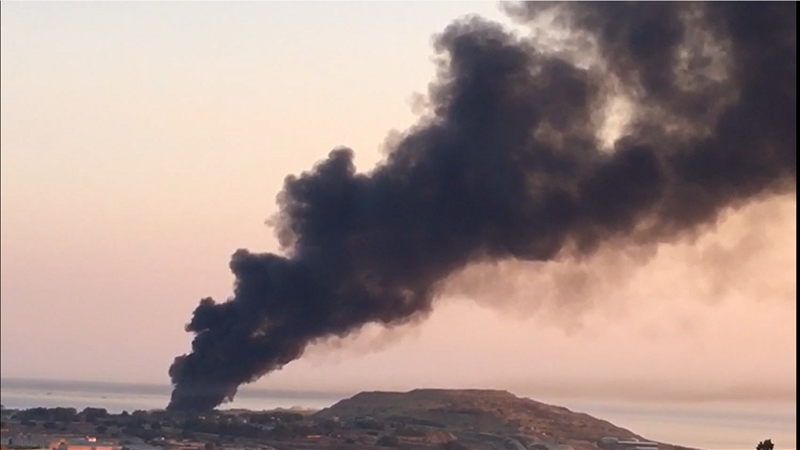 As country was engulfed in toxic cloud, Ministry spent €700,000 on advertising

During a year marked by a toxic dark cloud that covered the island in the midst of summer from the waste collection plant at Maghtab, the Environment Ministry spent €700,000 last year alone on TV advertising for the various departments that fall under its responsibility, according to information tabled in Parliament on Tuesday in response to a parliamentary question by Shadow Environment Minister Jason Azzopardi.

Over €170,000 was spent by Wasteserv, even as it failed to explain the cause and impact of the toxic hazard that covered the islands. Residents were advised to close their windows and stay indoors, as a partial assessment of its impact concluded there were ‘no health issues’ despite the mixed waste on fire being the perfect ingredient for a toxic cocktail of chemicals spread around the island and deposited onto agricultural fields.

Read: ‘If these are Malta’s best times, I’d like to know what hell is’ – residents

It was the second environmental disaster in as many years. When the stored waste burned at the Sant’Antnin recycling plant the previous year, the health authorities had issued the same advice – hours after people had already been exposed to the toxic fumes from the plant.

The public got no answers on what happened then – the government said an inquiry would look into the cause. But while information may be lacking on the real issues at hand, the public’s mind was appeased.

Close to €88,000 was spent by the Fisheries and Agriculture department alone, now embroiled in a major international scandal on the ‘laundering’ of prized Bluefin tuna involving millions of euro,.

Andreina Fenech Farrugia, the Fisheries Director appointed soon after the Labour Party was voted in despite her previous track record and removal from the same role, is now at the centre of a major scandal in which she is accused of accepting bribes from one of the biggest players in the industry in a case involving millions of euro made on a species on the brink of extinction.

Charlon Gouder, former reporter for the Labour Party’s TV station, heads the aquaculture industry federation following his appointment as consultant to the Environment Ministry, in a transition where lines are blurred, at best.

Read: The tuna kingpin – no public accounts filed in 18 years

The industry was hit by complaints of slime from fish farms hitting the coast, preventing Maltese residents and tourists from swimming in stinking waters that also caused health problems in certain cases.

The hundreds of thousands of euro of taxpayers’ money spent to promote government initiatives were partly funded by European funds, and implemented by a Ministry that is more conspicuous by its failure to seriously deal with environmental issues.

Herrera admitted to endorsing the White Flag project for ‘plastic-free beaches’ without any due diligence despite accusations of fraud surrounding the Croatian mastermind in his home country. It resulted in the Gozo Ministry spending more thousands of taxpayers’ money to commit to having all of Gozo covered in the flag of a dodgy scheme, even when private sponsors withdrew from the scandal. Yet the expenditure of one of the most important authorities – the Environment and Resources Authority (ERA) – an important counter to the Planning Authority and the uncontrolled spread of development – spent only €9,500.

The law regulating ERA was deemed to fall short in effectively tackling abusive development permits as different local councils and environment groups are having to raise funds to contest proposed development permits with no support from public funds.

Over €78,000 was also spent by the department for sustainable development and climate change on TV advertising last year, despite the dearth of effective policies and solutions in this regard.