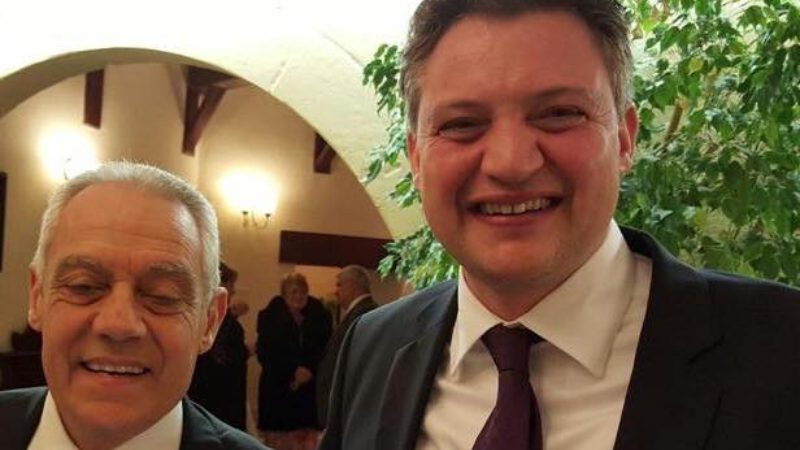 The Shift is informed that following the last general elections, Abela dictated that the State entity Resources Support and Services Ltd (RSSL) be transferred directly to his portfolio at the OPM from the finance ministry.

At the same time, he gave orders for Konrad Mizzi’s father to remain chairman of the company, “at least for the time being”.

OPM sources told The Shift that despite Lawrence Mizzi being 70 years old, “the PM would like to use his services in a very delicate situation as he knows that most of the employees are to be made redundant, and this can facilitate the process”.

The prime minister himself was the lawyer on an agreement reached with Air Malta pilots that also failed when he the government’s legal consultant.

Lawrence Mizzi spent most of his working life at Air Malta and is familiar with most of the 577 workers who applied for an alternative job with the government and are now being told to forget this agreement and take a golden handshake instead.

Established in 2003, RSSL Ltd is a fully-owned government company established to manage redundant employees from other government entities such as the former employees of Kalaxlokk and Malta Drydocks.

The company has been tasked with handling redundant Air Malta employees for past restructuring exercises, which have all failed.

While putting these employees on its books, RSSL then distributed them to other government entities and authorities, as well as local councils and NGOs.

There is no actual work for these employees on the state’s payroll. Most are given odd, unproductive jobs.

The Shift has this week revealed that the government is renouncing its pre-election commitment to Air Malta employees who were guaranteed a government job if they agree to a Voluntary Employment Transfer Scheme pushed before the general elections in March.

After receiving 577 applications, Finance Minister Caruana is having second thoughts, suddenly changing the rules of the scheme into a golden handshake to terminate employment. Staff who spoke to The Shift felt they had been “betrayed” by the Labour Party in a push to get votes before the general elections, insisting that the agreement they signed with the government must be respected.

The General Workers Union, which represents most of the employees at Air Malta, has so far not informed its members of the latest government manoeuvres.

So far, only a handful of employees closely connected to ministers or the Labour Party have been given another government job. All those who signed up for the recent scheme were promised government jobs for life with the same financial package they had with the airline.

This has caused problems since some Air Malta employees have packages that are higher than equivalent grades in the public service.

Another election promise going down the drain. But unfortunately these type of promises gain votes.
Anyway, it was a promise that was not feasible in the first place.
1. Because government is in many areas over employed, with no tangible results shown.
2. Is it possible that the government, prior to declaring this scheme did not realise that there would be salary inequality?
Amateurish administration and planning at it’s worse. Any thought of retraining these unfortunate employees in other skills they possess. Giving them the opportunity to find a new satisfying career in their lives.
It is only obvious that the older employees should have an early retirement lump sum and pension. €200k minimum.
But the younger employees could be given an new opportunity in life, with state subsidy to help them start a new career.

Air Malta employees voted for Labour to get this deal at tax payers expense. The scorpion and the frog comes to mind. Need to be more careful what you wish for!!

The Gov of Robert Abela is so full of crooks, incompetent labourites occupying top positions and a cabinet with no talent, that it has become almost impossible for the PM to control the situation.
Poor governance, low standards of living, lack of justice, corruption, and impunity are now rooted in our culture and part of our new reality,

Those who remember Lawrence Mizzi in the days of Air Supplies and Services, negotiating the purchase of wines and spirits, would fail him miserably in any due diligence assessment.
Konrad the crook, has taken distorted genes, surely ‘like father, like son’.