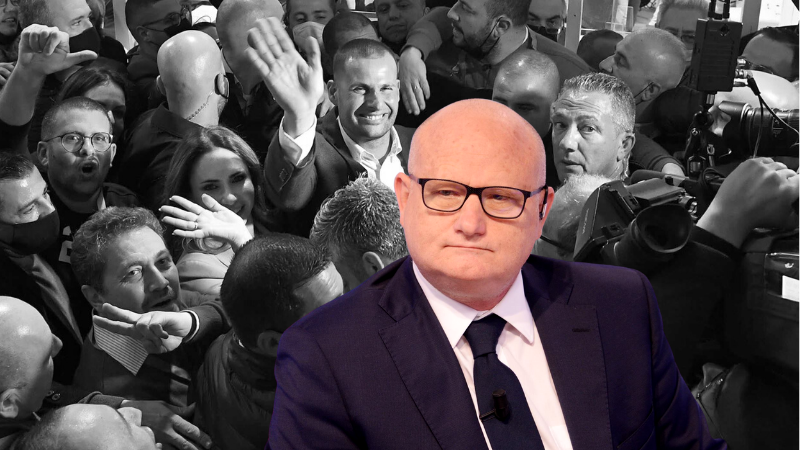 Six more government entities resisting a decision by the Information and Data Protection Commissioner (IDPC) to hand over to The Shift financial information about Media Today’s co-owner Saviour Balzan’s contracts have been ordered to follow the Commissioner’s orders.

In the latest decisions, Tribunal Chair Anna Mallia threw out all the government’s appeals and ordered Identity Malta, the Malta Medicines Authority, the Building Industry Consultative Council, the Institute of Tourism Studies, the Mediterranean Conference Centre, and the Valletta Cultural Agency to supply the information.

The latest decisions are among  40 identical appeals filed by different government entities in a concerted effort to block decisions by the Commissioner in favour of The Shift for more transparency and accountability.

In the Freedom of Information (FOI) requests filed, The Shift had asked government ministries and entities to make available copies of consultancy contracts, and payments made to Balzan and his companies following information received that he was acting as a PR consultant to the government while posing as an ‘independent’ journalist.

Balzan and his companies were paid for various services, including writing press releases and advising on handling the media. He was also paid to use his newspapers to publish ‘positive content’.

One by one, all the government entities defied the Commissioner’s ruling on various grounds, including ‘a lack of documentation’, with some even going as far as saying the request for information amounted to harassment and intimidation of government officials.

The Data Protection Commissioner has defended his position, insisting that the FOI law is all about transparency and accountability and that since taxpayers’ funds are involved, the public has the right to access the necessary information to keep the government in check.

The Appeals Tribunal has now backed the Commissioner’s decision to supply the information in the public interest. Mallia insisted that since all these entities are financed through public funds, taxpayers have a right to know how their money is being spent.

While the government entities are all using different lawyers, increasing costs to the taxpayer, to fight identical appeals, The Shift is fighting back with the support of its readers through a crowdfunding campaign and BCGL Advocates, lawyers Andrew Borg Cardona and Matthew Cutajar, who are providing their services pro bono.

In 2020, Keith Schembri, the chief of staff of disgraced former prime minister Joseph Muscat, said under oath in court that Saviour Balzan was a lobbyist more than a journalist.

“There were people who would come to my office and lobby for a programme on Television Malta (the public broadcaster),” he said. They would go to his office and make demands. “Lobbying shouldn’t come from a journalist,” he told the court, naming Balzan.

The Shift then filed FOI requests asking government entities and ministries to supply any contracts and payments made to Balzan since Labour was returned to power.

It became clear from the few entities supplying the information before the filing of FOI requests that Balzan was acting as a PR agent and spin doctor for the government, with lucrative contracts spanning different ministries.

Labour MP Edward Zammit Lewis was one of his clients when he was justice minister in the previous administration, as was Ian Borg as transport minister (now foreign affairs minister).

The same ministers who were his personal clients would then appear on his PBS programme when facing a scandal or controversy or be interviewed in one of his newspapers, which include Malta Today and Illum.

So far, 10 cases have been decided by the Appeals Tribunal – all in favour of  The Shift and the Data Protection Commissioner.

In her first four decisions last month, Chair Anna Mallia ordered the Malta Film Commission, LESA, Resource, Recovery and Recycling Agency, and the Malta Council for Science and Technology to hand over the information on payments made to Balzan.

Balzan sits on the ‘media experts committee’ set up by the government to implement reforms as mandated by the public inquiry on the assassination of journalist Daphne Caruana Galizia, a harsh critic of the Labour government whom Balzan dubbed “the queen of bile”.

Why is it that the FIAU enjoys a lot of “positive content” on Saviour Balzan’s Maltatoday?

Great work by The Shift. And great work by the Data Protection Commissioner and the Appeals Tribunal. They, along with The Ombudsman and the Auditor General, and a handful of judges, give one hope that one day things may get better. Not holding my breath. But I’d rather die an honest man than compromise my principles.

WITH THIS INCOMPETENT CORRUPT LABOUR GOVERNMENT AND ITS BUDDIES (SAVIOUR BALZAN AND COMPANY). I WOULDN’T BE AT ALL SURPRISED IF THE INFORMATION REQUESTED BY THE SHIFT, IS NOT FORTHCOMING.

THE ARROGANCE OF THESE PEOPLE IS VILE TO SAY THE LEAST!!!

Well done keep up your great work. Have a nice evening

I pray one day the Maltese institutions will follow the example of The Shift News – professionalism at its very best.
Good luck and may your quality journalism continue to benefit all. Quality outshines everything.