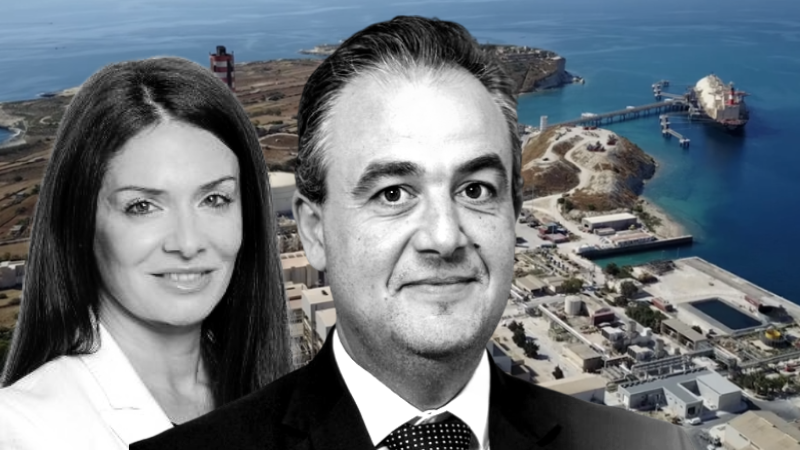 Enemalta chairman Jonathan Scerri has stepped down after only seven months in office, The Shift can reveal.

When contacted by The Shift, Scerri confirmed that he had stepped down but declined to give a reason for his sudden departure.

Enemalta sources told The Shift that the State energy provider is passing through a very bad patch, particularly due to gross mismanagement, and accumulating millions of euros in losses every month.

It seems Scerri’s sudden departure came as a surprise to Minister Miriam Dalli who appointed him only a few months ago in what was described by government insiders as a clean sweep at the ever-controversial company.

Scerri was appointed last October, together with Jonathan Cardona – one of disgraced former prime minister Joseph Muscat’s closest allies – who was made CEO and put on a remuneration package of some €160,000 a year.

Cardona then brought Monica Farrugia into his executive team. Farrugia, whose contract was revealed by The Shift, used to assist Cardona at Identity Malta when the pair were in charge of the highly controversial cash for passports scheme.

It is unclear why Scerri, who also sat on the board of another government entity, ARMS Ltd, was chosen by Dalli to chair Enemalta.

Prior to that, Scerri was in business with Nadette Azzopardi through a company called Economic Engineering Consultancy Ltd.

Azzopardi is married to Fredrick Azzopardi, the former Executive Chairman of Enemalta.

The stench is so bad at Enemalta they are continuing to wear masks at the office.

Let me have a go. When a New CEO is turned into a Rubber Stamper , if he has any self respect , he leaves.

Enemalta, as a public company, has 3 lines of governance – the minister who is responsible for the Corporation, the Chairman and Board of directors, and the Company Secretary. They are all responsible for good governance.
The company secretary is responsible for the keeping of minutes of the Board, and compliance with regulatory authorities,
Compliance includes sending the annual return and the audited accounts, within the legal timeframe.
Enemalta had failed to file the audited accounts for 2019, until 6 April 2022, the date stamp of the Malta Business Registry.
These accounts were signed by the previous Chairman, Karl Chircop, and the auditors, PricewaterhouseCoopers on 19 April 2021.
One asks: why were these accounts filed a year late, when ‘prima facie’ there was nothing to prevent them from being filed? Why did the Minister, Mirian Dalli, not insist on these being filed? Why did the PN opposition shadow minister, not question the Government daily on this statutory failure.
There obviously must be a reason, which the public has the right to know, and the longer it takes, the higher the suspicion rightfully becomes.
A resigning director is asked by the Malta Business Registry, whether he has any reason to divulge for his/her resignation. This, together with the formal resignation form, has not yet been filed with the registry, or filed and not yet published. Perhaps the MBR may update us on this.
Finally, I would like to emphasise that the directors collectively, have the legal duty to inform the MBR of any possible wrongful trading by the company, and any possible bankruptacy/insolvency by the company.
If they don’t, they will be personally liable, and may face a criminal charge.
I would refer everyone to the Price Club issue, and the relative Court judgement.
As regards the financial results for 2019, I am writing an article for another blog. In the meantime, I hope that Enemalta files the audited accounts for 2020, which are already overdue.

Things must be really bad at Enemalta, for it’s Chairman to resign after 7 months.
Obviously us the taxpayers will not be told the truth.
Unless Shift and other INDEPENDENT news broadcasters investigate, knowing that they will face a brick wall.
The Auditor General should be brought in ASAP.

To all those questioning Scerri, be aware that Scerri was an engineer for Enemalta at the Marsa plant for many many years, and an excellent one at that. Not only does he know how the company works, he also has the technical intellect to do a sterling job. He is most definitely a loss to the company.

I used to work with this engineer in the past. He is one of a kind. A true respected gentleman and a genuine person. His resignation can only mean either two things for me, being personal issues or political influences which he was not willing to accept.

If Miriam Dalli REALLY WANTS to make a clean sweep at Enemalta, she should first and foremost speak to (AND ADEQUATELY COMPENSATE) people like me who worked at Enemalta for several years but were always ruthlessly bullied and discriminated against for various reasons such as:

Drawing attention to what was (and in most cases, STILL VERY MUCH IS) wrong and writing memos/reports about how to mitigate it.

Refusing to be involved in corrupt practices

Refusing to give in to lecherous colleagues and managers