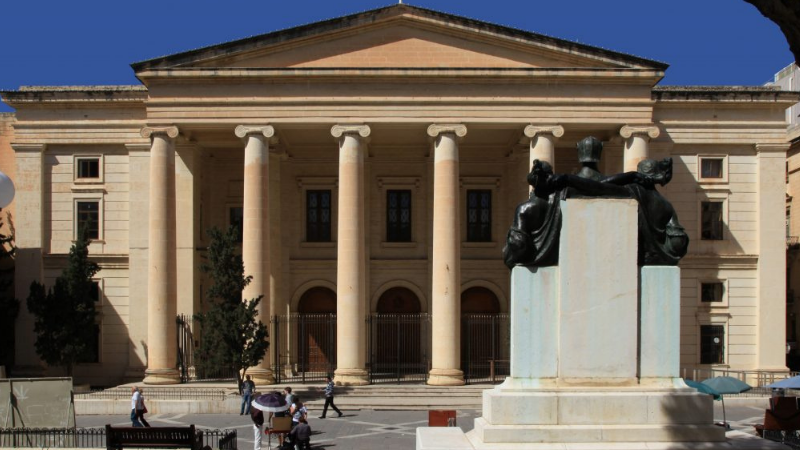 If a politician has initiated libel proceedings, is it too much to ask that he or she show up in court on the appointed day? Joseph Muscat’s libel case against Christian Grima was meant to be a litmus test for what Maltese courts consider libellous on social media. Instead, it became the latest example of how some public officials treat with contempt those very same laws and institutions that they invoke to challenge their critics.

Muscat’s case was struck off the list by the court earlier this week following his failure to appear at the proceedings that he himself instituted. He immediately resorted to Facebook, claiming an ‘oversight’; then in a second post a short time later, he tweaked his version of events, claiming that the dismissal of the case was the result of Grima’s lawyer using ‘a technicality rarely used by lawyers’.

As with most things Muscat says or writes, there is a little more to unpack than meets the eye.

Unused but not unusual

The legal foundation of Muscat’s libel suit against Grima is the relatively recent Media and Defamation Act, which overhauled the former law on the matter as regulated by the Press Act and decades-old case law.

Procedurally, however, a libel case is governed by the Code of Organization and Civil Procedure, and what Muscat labels as a ‘technicality’ is Article 199 of that Code, which provides that when the plaintiff fails to appear, the defendant can ask the court to be non-suited with costs – in other words, the case is struck off and costs accumulated until then have to be paid by the defaulting plaintiff. The defendant is said to be non-suited.

Moreover, although Muscat makes this ‘technicality’ sound obscure it has been used before in other high-profile libel cases. The two libel cases filed by former Minister Chris Cardona against Daphne Caruana Galizia were also struck off the list by the Magistrates’ Court after the lawyer representing the assassinated journalist’s heirs made a formal cancellation request.

The victim of procedure?

More telling still was Muscat’s additional comment that said, “I have been told that if this part of the law were used between lawyers in similar cases, there would be few cases going forward”.

Making out to be some sort of victim of procedure is rather rich of Muscat given the extent with which his own administration and its legal representatives repeatedly used and abused laws and procedures to suit their ends, hollowing out Malta’s institutions as they went along.

We’d do well to dwell on that last line by Muscat and use it as a timely reminder of the frequency with which some politicians in recent years have initiated libel and defamation lawsuits that went nowhere.

Even in those cases that were not struck off the list, how many instances are there of politicians launching an endless series of punitive suits to avoid answering questions, dragging things out for years, wasting taxpayer money and precious court time, then failing to appear in court only to drop the case when it finally makes it to trial?

Some examples include the aide to the former Economy Minister Chris Cardona, Joseph Gerada, who withdrew his libel case against assassinated journalist Daphne Caruana Galizia. By this tactical move, evidence of who was where in Germany at a particular time could not be heard.

In January 2020, Schembri had also relinquished his libel against The Malta Independent about an article that alleged that his company in the British Virgin Islands had received €750,000 in 2014.

On the day of the hearing, Magistrate Victor Axiaq was informed that Schembri had signed a letter that said that he was going to drop the libel case. The lawyer representing the newspaper had not been informed of this and only got to know when he turned up for the hearing (and in the previous hearing connected to the case, Schembri had failed to appear in court).

The Media and Defamation Act introduced in 2018 was a considerable improvement on its predecessor, the Press Act, and included updated defamation laws, the abolishing of criminal libel, and absorbed slander into the action for defamation.

It seeks to avoid disproportionate restrictions on journalists, while protecting victims, and encourages more use of dispute resolution mechanisms such as the right of reply, voluntary clarifications, mediation, and other means of avoiding litigation.

An action for defamation remains relatively easy to initiate, at very little cost to the plaintiff. To be clear, individuals should have as many options as possible available to them to defend their reputation in court. Yet it’s also time to consider the important question about whether there should be punitive measures for those who file vexatious libel suits intended to silence criticism, as proposed by international press freedom organisations.

Muscat has said that he will file an application asking the court to restore his case to the list and he has plenty of time to do so too.

It is here that the issue of time comes to the fore. Unlike the Code of Organization and Civil Procedure, the Criminal Code is a lot more stringent with its timeframes.

Take Article 422 of the criminal code for example. If the appellant fails to appear in the court of criminal appeal in its inferior jurisdiction on the day appointed for the hearing, the appeal is declared by the court to have been abandoned; and if the appellant wants to file a request to reappoint the appeal, he or she has a mere four days to make a sworn declaration that he or she was unable to attend either on account of illness or for some other reason ‘independent of his/her will’. Case law from the court of criminal appeal has shown that forgetting is not one of those reasons.

The Code of Organization and Civil Procedure has no such provisions and so cases drag on, with all the resulting consequences, either because of the tacit understanding between lawyers or because of the provisions that make these delays possible.

Another prime example of how the “ untouchables “ play the system to delay, deny, delay, deny ad infinitum and then knowing that their game is up, walk away and drop their case.

Shame on the most corrupt pm Malta ever had. Go and hide in shame.