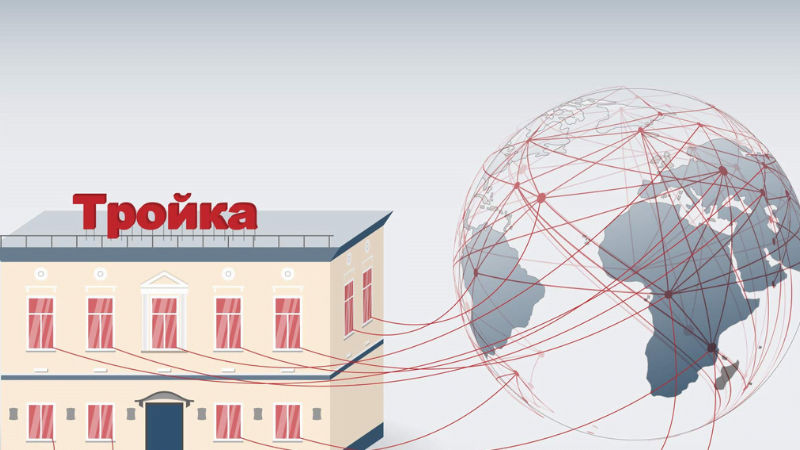 Troika laundromat: How the Russians moved their money into the west

A huge data leak has implicated Citigroup, Raiffeisen, and Deutsche Bank in a number of transactions enabling the flow of US$4.8 billion from Russian businessmen close to the Kremlin, into Europe and beyond.

The ‘Troika Laundromat’ was exposed by the Organised Crime and Corruption Reporting Project (OCCRP) thanks to a massive banking data leak involving over 1.3 million banking transactions from 238,000 individuals and companies, as well as thousands of corporate documents, contracts and emails.

The main purpose of the system was not to just launder huge sums of money out of Russia but to allow Russian oligarchs and politicians to acquire secret shares in State-owned companies, to purchase real estate in the UK and Montenegro, and even to hire pop stars for private parties.

To hide their identities and protect themselves from discovery, the wealthy individuals behind the system used the identities of third parties as “unwitting signatories” in a web of secret offshore companies, the OCCRP revealed.

One of the key players implicated in the Laundromat is Reuben Vardanyan, a wealthy Russian banker who once led the country’s largest private investment bank, Troika Dialog.

Known for speaking at the World Economic Forum in Davos and spending millions on philanthropic projects in Armenia, he is accused of being involved in moving billions of dollars through the bank, under the signature of Armen Ustyan – an individual who states he has never even laid eyes on any of the documents bearing his signature.

Troika Dialog’s system allowed a number of members of the Russian elite to sidestep restrictions, hide assets and launder vast sums of money without detection. But the system was not just for laundering money as evidence suggests that it was a tax evasion scheme, a slush fund, a hidden investment vehicle, and a way for organised criminal groups to clean the proceeds of their crimes.

The bank is also alleged to have supplied money to President Vladimir Putin’s friends as well as allowing criminals to mask the origins of their cash.

The company that Ustyan’s name and passport were used to set up was just one of 75 that formed a part of a complex web that was functional between 2006-2013. During this time, Troika facilitated the movement of billions of dollars into a number of major western banks.

Many of the trades were masked as payments for invoices such as “goods”, “metal goods” or “bills”.

Vardanyan denied any wrongdoing and said his bank “acted according to the rules of the world financial market at the time”. He has not yet been investigated or accused of wrongdoing by authorities.

Deutsche Bank, one of the banks implicated in the scandal had its offices in Frankfurt raided in November 2018 in connection with the Panama Papers leak and allegations of facilitating money laundering.

Thousands take to the streets in Montenegro against corruption