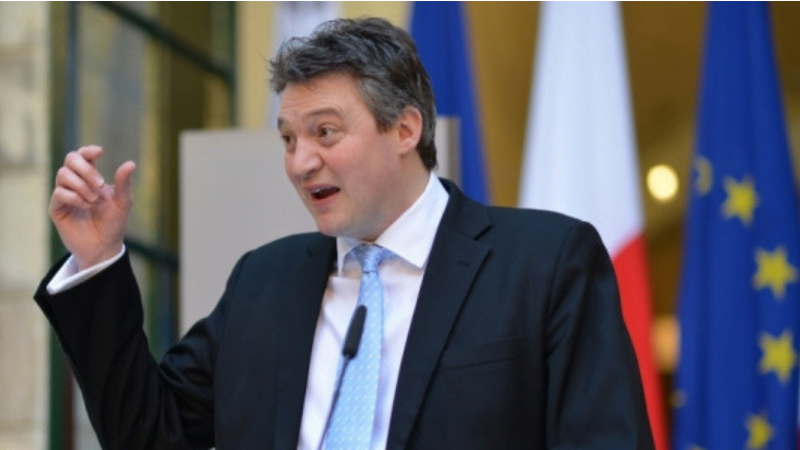 ‘People who think like you are bound to admit the logic of my edict and, since money is the only thing that counts, should set no value on their lives or anyone else’s. I have resolved to be logical, and I have the power to enforce my will. Presently, you’ll see what logic’s going to cost you; I shall eliminate contradictions and contradictors… I’ll begin with you.’

The elimination of contradictions and contradictors to l-Aqwa Żmien is the Labour Party’s guiding principle. Even now that the owner of 17 Black has been revealed, exposing suspected money laundering efforts by Konrad Mizzi and Keith Schembri, there’s no stopping this unquenchable thirst to turn what’s patently absurd into ‘truth’.

According to Prime Minister Joseph Muscat the company is being investigated, but not the owner. Absurd.

This quest is summed up by Christian Kalin, chairman and CEO of Henley and Partners of cash-for-passports fame. In an election campaign Kalin worked on with SCL Group, parent company of the notorious Cambridge Analytica, he wrote an e-mail to the candidate they were backing in St Vincent and the Grenadines:

“[T]hink about what you may wish to include in your propaganda (having used this word, the below points are not propaganda but is very much a reality if you let us do it),” Kalin said in emails seen by The Spectator.

With Kalin’s Midas touch, propaganda becomes ‘reality’ and this is precisely what’s happening in Malta. It’s Orwellian doublethink enabled by the ferocious propaganda machine at the government’s disposal.

No sooner had Daphne Caruana Galizia been assassinated than all voices of protest were labelled as ‘traitors’. This has continued without fail, extending to MEPs and members of the European Commission as well as journalists, and press freedom and human rights NGOs.

Members of the government attribute hidden motives to those critical of wrongdoing. Voices in Malta are labelled partisan, while criticism from beyond the country’s shores is said to be the result of “jealousy of Malta’s success”.

Like Scicluna’s South American taxi drivers,  all have fallen prey to some global conspiracy against the ‘untarnished’ reputation of Malta, according to the government’s illogical mantra. Yet it a country described as a ‘shady’ place to ‘steer clear of’ at a recent high profile international conference on financial crime.

Ongoing international condemnation of Malta’s shameful record on freedom of expression and the protection of journalists is turned into an out-and-out attack on what are vital components of any democratic society.

In the latest twist of incredulity verging on the fascist, the Shift News was told to amend one of its stories on the basis of an undemocratic parliamentary ruling made last Monday by Speaker Anglu Farrugia.

This ruling, arising from a complaint made by Labour MP Glenn Bedingfield was passed denying the news portal its right to a fair hearing. This amounts to being found guilty without even knowing you’ve been accused, and The Shift News rightly defended its rights and stood by its report.

In a kangaroo court in a banana republic such things happen as a matter of course; it should not happen in the parliament of an EU country.

The article that irked Bedingfield – a politician who sustains his assault on Caruana Galizia beyond the grave – is the latest in the series ‘Disinformation Watch’.  It’s by the self-same means of disinformation that the independent media in Malta is being threatened and attacked.

Orwell’s newspeak is the territory we’re in and it’s crucial to resist this. Otherwise, “we shall make thought crime literally impossible, because there will be no words in which to express it”.

Profile of a Maltese troll