Prime Minister Joseph Muscat said in Court on Friday – under oath – that it was imperative that he be given a copy of the Egrant inquiry since he had called an early election because of these claims.

Muscat was testifying in a court case filed by Opposition Leader Adrian Delia against the Attorney General (AG) in which Delia is arguing that the AG’s refusal to give him a copy of the inquiry places him at a “political disadvantage”.

The claim that an early election was called because of the Egrant allegations has been contested. Daphne Caruana Galizia had published the story linking the Panama company to the Prime Minister’s wife on 20 April when the preparation of campaign material for the election was already in full swing.

The campaign slogan for the election had already been decided at the beginning of April, with the related domain name for the election campaign website – www.laqwazmien.com – having been registered on 7 April. This can be verified here. Henley & Partners had also confirmed this when telling Caruana Galizia there would be an early general election. She had reported in May 2017:

“This fits with the fact that lawyers working for Henley & Partners wrote to me on 20 March to take down ‘offensive’ posts and comments about Henley and the sale of Maltese citizenship, and a few days later when I asked Christian Kalin, Henley’s CEO, why they are doing this now after three years of silence, he responded that there is going to be a general election. I understood the significance of his response only in retrospect, thinking at the time that he was talking about several months ahead. But he wasn’t. Henley & Partners’ Christian Kalin had been briefed by the Prime Minister about the general election date when he took his decision in March (before the Egrant story was published).”

Muscat had called an election only two months into Malta’s presidency of the EU Council. This had led Caruana Galizia to stress the question, “What drove Muscat to call a general election after just four years in power? We need to know the answer, because whatever it is, it’s crucial.”

Yet in court on Friday Muscat repeated the claim under oath, saying “the most serious allegations had been levelled against him and his wife – and this led to great political and economic instability in the country…It prompted me to call a general election,” The Times of Malta reported.

It also emerged in Court that the government’s head of communications Kurt Farrugia had a copy of the full report. Muscat said he turned to the Justice Minister and Farrugia “to see when and how the outcome of the report would be published.” Farrugia had immediately posted a photo on Twitter of the full report on a desk at the Prime Minister’s Office. He also immediately embarked on a list of accusations nobody could contest including “falsified documents,” and then went on to say that the “deceit [was] now certified” by a magistrate. In reality, such an inquiry does not certify anything but collects evidence and testimonies that are put forward for further investigation.

This is not a conclusive judgement, ruling or result of some independent inquiry that can conclude on guilt or otherwise. In fact, the magistrate is not allowed to decide or state whether a person is guilty or otherwise (and did not). Muscat received a copy as an interested party – he would not be permitted to disclose that to suspects or other persons which may prejudice further investigation, imperil witnesses or damage other inquiries. It is important to note that Muscat’s chief of staff – in the same office – is the subject of two other magisterial inquiries and the Egrant inquiry may include information relevant to the other two still pending.

Muscat said in Court he “did not read the inquiry in full”. Meanwhile, the government has been drip feeding information contained in the inquiry to target those critical of the government while at the same time unleashing a second wave of State-sponsored reputation washing.

It has now been just over one year and six months since the Prime Minister’s undertaking, repeated several times after that, to publish the full Egrant inquiry report (proces verbal) after its completion.

The inquiry was completed on the evening of 20 July, and passed on to the AG for his review and further action.

Upon getting to know of its publication, Muscat reiterated that he wants it published and the next day, simultaneously with the publication of barely 3% of the report (49 out of 1,500 pages), he proceeded to announce its conclusions amid much fanfare, spin and a tear or two. 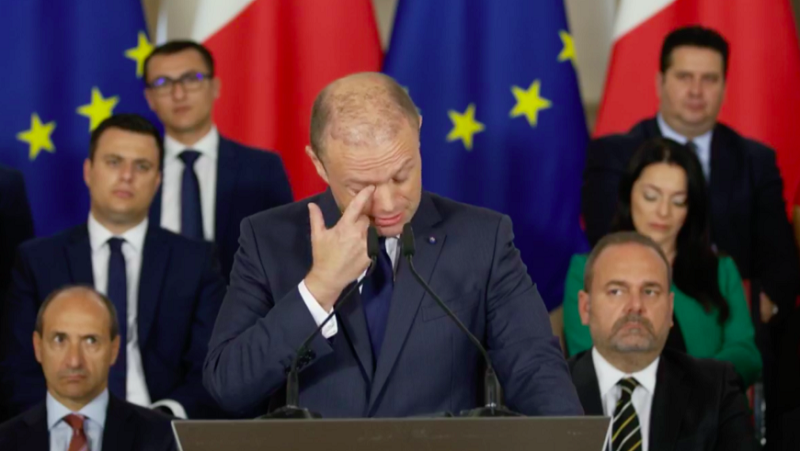 Next we heard that Magistrate Aaron Bugeja, among others, expressed his discomfort at the release of the full report with other judicial sources adding that lengthy reports such as these are not designed for public consumption and tend to be ‘riddled with caveats and nuance’.

This same Times of Malta report also cited reports from ‘government sources’ that Muscat’s personal lawyer, Pawlu Lia (who is also, among others, Keith Schembri’s lawyer as well as Konrad Mizzi’s) was “personally” redacting the report.

A month later, it now seems that Muscat may be having second thoughts about publication altogether.

The refusal to publish has allowed the inquiry to be weaponised

During the AG’s cross examination in the Court case, the AG mentioned that the reason for his refusal so far to publish the full inquiry is that he did not want the inquiry to “enter the political arena”. This is because includes avenues requiring further investigation as well as confidential details including those of witnesses who gave evidence or banking details of other clients of Pilatus Bank.

But the AG’s actions did not reflect those considerations. He felt that he had to provide a copy to Muscat, after being asked for a copy by his lawyer Pawlu Lia, because he had “tied his political career” to it.

Perhaps the worst part is not just that the AG felt that he should share a copy with Muscat but the ease with which this inquiry has been shared with anyone but those who can hold Muscat to account.

By sharing a full copy with Muscat (and others in his office) without having fully pursued the pending investigations, the AG has allowed Muscat to weaponise the inquiry and coupled with a major propaganda offensive turn this into accusations of a “coup d’etat” without anyone being in a position to fact check him.

The Shift News already ran a Disinformation Watch on the immediate aftermath of the inquiry but this has regrettably continued and intensified.

We had broad hints by Muscat that the unseen parts of the inquiry recommends prosecution against several people yet the police are bizarrely holding back from charging anyone because this could result in them having to reveal the contents of the inquiry.

We even saw Muscat claim in Parliament that the inquiry found that other documents were forged (his wife’s signature on bank account application documents)  – only for this to be later retracted by his office. The inquiry conclusions note quite clearly that these were not found in the bank.

Parliament has degenerated into stonewalling, name calling and blasphemy over any Opposition member who dares mention Egrant. The government even claimed that querying whether the scope or conclusions of an in genere inquiry are as conclusive as they are being portrayed to be as “against the rule of law”. This has no basis in fact or law.

The only way to end this farce is to hold the Prime Minister to his promise to publish the inquiry in full. By claiming that this was the reason why he called a snap election and repeatedly drawing focus on it to distract from other scandals breaking, Muscat used and continues to use Egrant as an excuse to firmly enter the realm of post-truth.

It is a fact that the same people who set up the Panama companies for Tourism Minister Konrad Mizzi and the Prime Minister’s chief of staff Keith Schembri a few days after Labour won the general election in 2013, also set up Egrant. So if this issue is really creating such political instability, why is there still such effort to hide Egrant’s owner?

Opposition Leader Adrian Delia missed a golden opportunity in Court – it was the time to ask the Prime Minister under oath who Egrant belongs to, and whether he has ever asked Brian Tonna of Nexia BT that question.

Read more: 6 things to remember about the Egrant inquiry