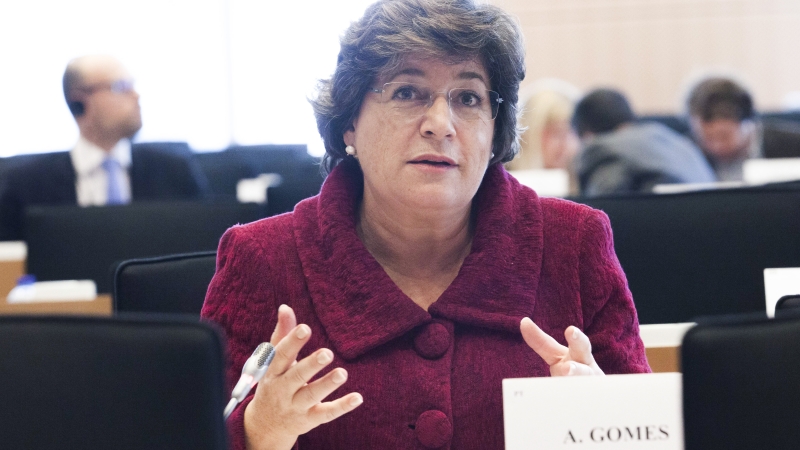 Socialist MEP Ana Gomes said the investigations into Daphne Caruana Galizia’s murder is a concern for the whole European Union and called for a new European Parliament hearing which should invite Europol’s outgoing and incoming chiefs, the Maltese police commissioner and the Maltese attorney-general.

In a letter sent to the chairs of the European Parliament’s justice and home affairs committee and the special committee on financial crimes, tax evasion and tax avoidance, Gomes said Europol’s report on the murder investigations “is extremely worrying.”

In a letter sent to Gomes last week, Europol executive director Rob Wainwright said “new concerns have arisen which are now the subject of further, high-priority investigation by Europol,” adding that the investigation is highly complex and now involves a number of EU member states.

In her letter seen by The Shift News, Gomes said that members of the ad hoc European Parliament delegation which was sent to Malta following the assassination are concerned about recent reports coming from the Daphne Project which she said point towards “worrying failures in the Maltese police investigation, namely for absence of follow up of very significant information which could lead to identify who ordered the assassination, not just the suspects of the material placement and detonation of the bomb, who have been arrested.”

She added that the New York Times reported that the police were not actively looking into whether the crime had been motivated by Caruana Galizia’s reporting on politicians.

Gomes added that police commissioner Lawrence Cutajar justified the failure to investigate economy minister Chris Cardona – who witnesses said was seen drinking in a Siggiewi bar with one of the arrested suspects – on the grounds of insufficient resources.

Following the revelations, Cardona denied any wrongdoing and voluntarily gave a statement to the police.

Pointing out the outgoing Europol’s chief admission that “there is room for improvement” in the cooperation with Maltese authorities, Gomes said “Mr. Wainwright’s letter reaffirms my belief that this case is not restricted to Malta, it is a concern for the role European Union.”

In a incredible statement the Maltese government claimed that Wainwright’s comments were in reference to cooperation with other countries, and not the Maltese police.

Calling for a joint hearing between the two committees, Gomes suggested that Wainwright is invited to the hearing, along with the new Europol chief Catherine de Bolle, Lawrence Cutajar, Malta’s attorney-general Peter Grech and a representative from the Daphne Project.