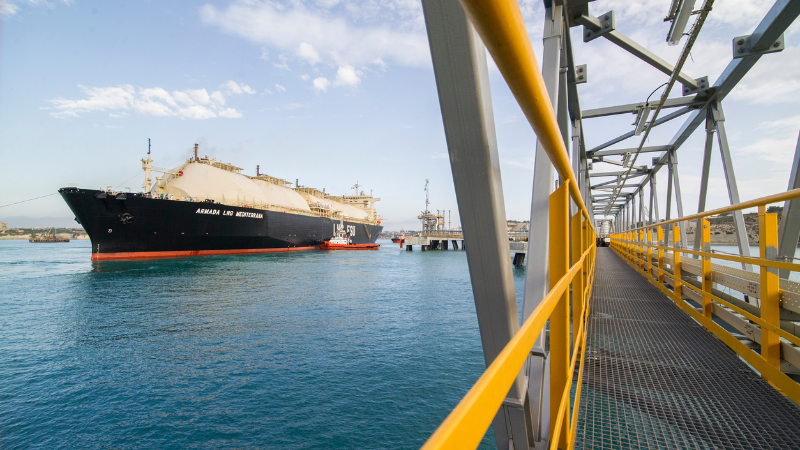 Despite the efforts the authorities devote to burying information and distracting the public, facts have a habit of surfacing sooner or later.

In Malta, we may be moving at a glacial pace to get to the bottom of certain arrangements, but we’re getting there, and this week’s events are a demonstration of that.

After a year-long FOI battle with the energy ministry following The Shift’s reporting in October 2020 on the existence of a hidden ‘security of supply agreement’ (GoM LNG SSA) signed by disgraced former Minister Konrad Mizzi with Azerbaijan’s SOCAR in 2015, The Daphne Caruana Galizia Foundation got its hands on the agreement, and The Shift went on to reveal why the government went to such lengths to keep it hidden.

We now know that the agreement stipulated that the Maltese government effectively gave an unconditional guarantee to SOCAR Trading – a Swiss subsidiary of Azerbaijan’s government’s SOCAR – that it would step in to cover any of Electrogas’ debts.

In short, Electrogas’ debts, no matter how big, were to be covered by the taxpayer. The government then did everything to cover its tracks, hiding the agreement from parliament, the chamber of commerce and the European Commission because the Commission might have construed the agreement as unlawful State Aid.

Meanwhile, many top government officials and even some of Electrogas’ shareholders denied knowing much about the project, while disgraced former minister Konrad Mizzi, the person whose signature is on the agreement, claimed to be a mere “observer”.

Following The Shift’s revelations, anti-corruption NGO Repubblika requested that the courts include the revelations in four ongoing magisterial inquiries dealing with government corruption.

And that was not all. During the anti-corruption protest held on Tuesday, Reppublika president, Robert Aquilina spoke of the magisterial inquiry into Pilatus Bank, which was finalised more than a year ago and listed names the police must prosecute.

Aquilina read out excerpts from the inquiry’s conclusions that have so far been hidden from the public. “We know exactly what the inquiry concluded,” he told the crowd gathered in Valletta’s Republic Street.

The inquiry’s conclusions also include a recommendation by foreign forensic experts to seek “information from US authorities or through a discovery application to US correspondent banks of whether the alleged $1.017 million Egrant transaction took place and, if so, which banks were involved”.

In other words, the magistrate ordered fresh investigations into claims revealed by assassinated journalist Daphne Caruana Galizia of the transaction to the third company linked to Malta’s political class in the Panama Papers.

Caruana Galizia reported in 2017 that the company belonged to the wife of disgraced former prime minister Joseph Muscat – a claim dismissed in an inquiry with limited scope launched when Muscat was prime minister.

Repubblika’s statements at Tuesday’s protest follow up on the judicial protest that was filed by the NGO in July that argued Attorney General Victoria Buttigieg’s failed to follow up on the orders of the magisterial inquiry into the now-defunct Pilatus Bank – a €7 million inquiry that called for more prosecutions.

The Attorney General’s office responded with a strongly worded letter on 25 July, but which the NGO said they were only informed about on Tuesday, the office formally called on the anti-corruption NGO to not proceed with taking further action against it.

More recently, Repubblika announced that it would take its Pilatus Bank case to the constitutional court after Magistrate Nadine Lia refused the organisation’s request for her to recuse herself from the case and for refusing to have her father-in-law Pawlu Lia – the lawyer of former disgraced prime minister Joseph Muscat and his former and similarly disgraced chief of staff Keith Schembri – testify in her courtroom.

Things move slowly in Malta, and Repubblika has a difficult task ahead, just as The Daphne Caruana Galizia Foundation spent a year chasing the Electrogas’ Freedom of Information request and The Shift has been analysing and documenting everything to do with the ruinous energy deal since 2017.

Nevertheless, as a result, we know the extent of the burden the government was willing to place on the taxpayer, thanks to Konrad Mizzi’s agreement with SOCAR. The guarantee the government gave SOCAR behind everyone’s backs topped a €432 million loan guarantee with BOV.

We also know that there may yet be more information to be gleaned about Egrant, the third company linked to Malta’s political class in the Panama Papers, and we know that there are people who have yet to be prosecuted in connection with the now-defunct Pilatus Bank.

No matter how the government plans to ignore or spin these revelations, what remains paramount is that we know.

I stand to be corrected, but did the Banana Government write off around 45 million euros in excise duty due from Enemalta?
Was this part of the agreement with Electrogas or possibly the Chinese buyout of the BWSC plant and the Chinese shareholding in Enemalta?

No accountability, no one is going to jail.
Yet the 432million loan guarantee is a legacy for us and the future generations. The culprit and his family live overseas the loan is not a burden on his children.

I wonder what’s the job of an ‘observer’ and if this job is ‘pro bono’?

The BOV Shareholders where the ones whose investment was used to shore up Electrogas and the LNG Tanker Lease for 18 years at €20,000,000 yearly PAID IN ADVANCE. When this was settled was the LNG Bumi Armada allowed to leave Singapore, after a personal Official visit by Muscat and Gang.

Serious crimes committed by the Mafia in the Castille:

Massive money laundering;
Mega Fraud;
Tax evasion on the supply of LNG to ElectroGas;
State aid violations;
Sanctions evasion violations against the Iranian and Venezuelan regimes;
Illegal transactions in US Dollars that breaches regulations from the US Treasury Department and the OFAC.

Another day and another brilliant article!

Of course there will be no action taken nor any prosecutions as long as the process remains under the control of the Attorney General and Commissioner Gafa.

We need the EU and the US to step up and take control of events because there is no chance of justice being served as things stand.

The fugitive who’s not a fugitive