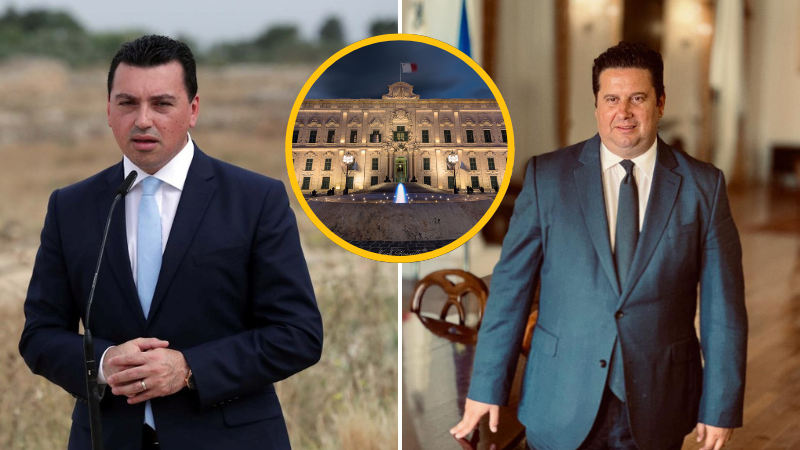 The list of direct orders given in 2021, analysed by The Shift included expenditure on media buying, public relations and human resources services – a roundabout way of putting canvassers and prospective voters on the public payroll in the run-up to the general elections held this year.

While Zammit Lewis was justice minister, the Court Services Agency gave a direct order to Signal 8 Security Services on almost a monthly basis for various ‘security and clerical’ needs.

Apart from a tender of €543,000 for the provision of the services of ‘assistant clerks’ at the Courts, Signal 8 was given another eight different direct orders worth tens of thousands to provide additional clerical services.

The same security services company was also given direct orders for ‘reception services’ at the Justice Department.

Signal 8 is owned by Jovan Grech – a Labour Party insider and a former police officer in the notorious anti-riot unit set up by the Labour Party in the 1980s and used in a number of violent incidents against opposition supporters.

Another service provider to the Labour Party, Vince Marmara, was given a new €9,600 job by the Justice Department for an untitled ‘national survey’. During the same period, Marmara was also conducting internal surveys for the Labour Party.

Fleur Abela, daughter of former Labour Deputy leader Toni Abela, made Judge soon after he failed a European Parliament grilling for a top EU post, was given a €10,000 consultancy job with the government agency providing legal aid.

At the same time, she was recruited by another state agency, Malta Enterprise, as its full time lawyer.

A PR company, Marketing & Design Promotions Ltd, owned by a former ONE TV cameraman Bjorn Jo Zammit and Hugh Anastasi, was given €12,000 by the Commission for Domestic Violence, while the value of a tender awarded to The Doric Studio, owned by architect Frank Muscat, was paid a variation of €15,000 – a 50% increase on the value of a tender on architectural services for the Courts.

Among the beneficiaries on the list of Farrugia’s 71 direct orders to the two political party stations, ONE and Net TV, and the Eden Leisure Group which owns a radio station. The Decesare family, which also owns the Intercontinental Hotel as part of the same group, was also given a €40,000 direct order to host a two-day climate change conference.

I you cannot fight the corruption , the size of the States should be reduced to the minimum to stop such nepotism. Malta, the only existing tribal democracy in Europe.

SHAME.
A corrupt administration of taxpayers’ funds leads to more and more greed.
What I cannot understand is whether or not our Constitution does not have any safeguards for this dirty policy
The two Labour Finance Ministers have done nothing to curb this theft. Well done.