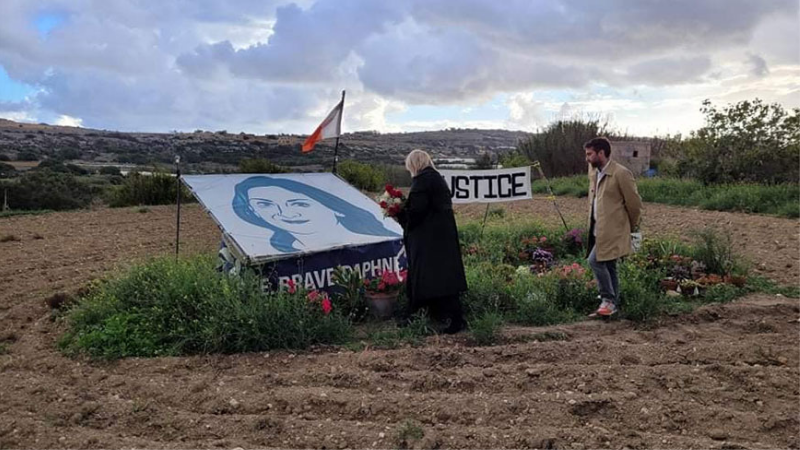 The two faces of the government’s attitude towards media freedom

“Rather than being recognised as a pillar of democracy, journalism is still discredited, and journalists continue to face harassment and obstacles in their work.” - CoE Commissioner for Human Rights

You’d be forgiven for thinking that something, somewhere, got lost in translation because how else are we to explain the comments on media freedom submitted by the government on the report of the Commissioner for Human Rights of the Council of Europe, that bear little to no resemblance to its prevailing actions and attitude?

On Tuesday, the Council of Europe Commissioner for Human Rights, Dunja Mijatović, published a detailed report following her visit to Malta in October 2021. It includes numerous, recommendations on safeguarding media freedom and ensuring the safety of journalists, protecting the lives and dignity of refugees, asylum seekers and migrants, and strengthening women’s rights.

In response to the report, the government submitted a series of comments on points in the report that the authorities felt required “further clarification”, including on media freedom.

Media freedom on paper and in practice

On paper, the government “strongly believes in media pluralism, and the free and unhindered access by journalists to information, as well as press events and activities”. This is part of the comment written to address the Commissioner’s concern that the public’s distrust in media is compounded by the hostile political attitude towards journalism.

In practice, The Shift alone is currently battling 30 government entities for access to public information. They are defying an order by the Data Protection Commissioner to grant The Shift information about contracts and payments to Saviour Balzan for public relations services he provides to the government while heading what he calls “the only independent newsroom in the country”.

Seven international press freedom organisations together with PEN Malta have called this out, saying Balzan’s relations with the government are of “wider importance to press freedom in Malta”.

If that were not enough to underscore the government’s current attitude towards journalism, one of the prime minister’s most recent replies to a series of questions by The Times of Malta was, among other accusations, to insinuate that the newspaper’s editor in chief was colluding with the Opposition’s political strategist. He told the journalist to watch Balzan’s programme on the State broadcaster “for the truth”.

On implementing the public inquiry recommendations

In answer to the Commissioner’s observations about the outcome of the public inquiry on the assassination of Daphne Caruana Galizia, the government wrote that “work immediately started on a drastic reform process aimed at addressing the concerns raised by said Public Inquiry and implementing its recommendations”.

In reality, there has been nothing “immediate” or “drastic” about the reform process following the public inquiry’s conclusions.

In January, the Opposition announced a raft of Bills that incorporated all the major recommendations made by the public inquiry board but were defeated in parliament after the government voted against them but not before they were described by the prime minister and other government officials in all manner of ways, including as a “political stunt”  and that they were designed to cripple the economy and label Malta a “Mafia State”.

On the appointment of a committee of media experts

The government also writes that it has appointed a committee of media experts that was “set up in line with the recommendations put forward in the public inquiry” and that it “has been tasked with giving advice on how to implement recommendations related to the media made by said public inquiry. This committee is also tasked with examining the draft legislative amendments prepared by the government following extensive consultations carried out with national and international key stakeholders”.

We now know that the media experts committee appointed by the prime minister was not consulted on the drafting of the legislative amendments the government presented to parliament and despite the government’s claims of having held “extensive consultation…with national and international key stakeholders”, the Opposition was not consulted on the matter and several international press freedom organisations said that their offer for technical assistance in the implementation of the public inquiry findings had not been taken up.

The Shift also spoke with one of the co-founders of the IGM (Istitut Ġurnalisti Maltin) who handed in his resignation in protest and to express his disagreement with the government’s refusal to include a reference to journalism as the fourth pillar of democracy as recommended by the board of the public inquiry (page 440).

Moreover, the legislative proposals presented by the government to guarantee media freedom have been criticised both at local and international levels as not doing enough to create an enabling environment for independent journalism in Malta.

The report by the Council of Europe Commissioner for Human Rights can be read here and the government’s comments, here.

Malta’s options are running out