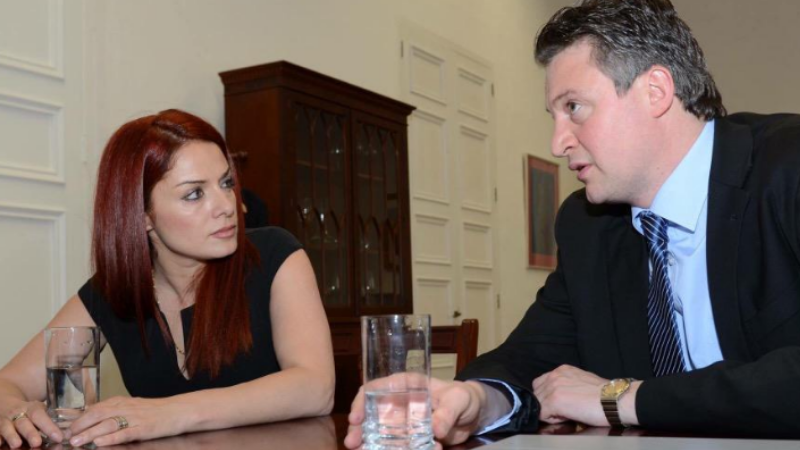 Energy Minister Miriam Dalli is refusing to say whether consumers will soon be forced to pay higher prices for their electricity consumption as Enemalta’s seven-year price lock, negotiated by former energy minister Konrad Mizzi, is soon coming to an end while international LNG prices are at record levels.

As Malta is now almost totally dependent on Liquified Natural Gas (LNG) to fuel its power stations, with the only alternative sources being the interconnector and the renewable energy sector, the cost of energy production for Enemalta is set to rise exponentially in April.

The looming revision of energy prices is set to occur around the next general election with Energy Minister Miriam Dalli, who was Mizzi’s person of trust when the price lock was announced in November 2013, now refusing to give details on the way forward. Asked whether the government will be passing onto consumers the probable hefty increase in costs of energy production next year, Minister Dalli repeatedly ignored The Shift’s questions.

The minister is also refusing to say whether the government is trying to negotiate some new agreement with its suppliers, including the owners of the Electrogas power plant and the Chinese government, to try to mitigate the increased international price of LNG, which fuels Malta’s power plants.

Apart from power purchased directly from the Electrogas power plant, Enemalta is also contractually bound to buy its supplies of LNG required to fire the former BWSC plant also from Electrogas.

The plant, now known as the Delimara 4, was sold by Konrad Mizzi to a company owned by the Chinese government, which also bought a third of Enemalta through the same deal.

Through the so-called Gas Supply Agreement (GSA), Electrogas does not make a profit on the supply of LNG to Enemalta and the company is only used as a ‘vehicle’ to supply the commodity.

LNG is procured by Azerbaijan’s state entity SOCAR, which is also a partner in Electrogas. It is also known that SOCAR obtains its LNG supplies from Shell and makes a profit on its delivery, paid by Enemalta. In November 2013, even before Electrogas was awarded the contract to build the new power plant, Konrad Mizzi had announced in a press conference that the government had locked consumer electricity tariffs for seven years until the end of 2020.

Flanked by Miriam Dalli, at the time his communications advisor, Mizzi announced an average 25% reduction in residential electricity tariffs.

Mizzi, who made this announcement even before the approval of the tariffs by the regulator, had said that this seven-year lock was achieved following agreements with suppliers at the time and was also part of the negotiations still to be held with the ‘winner’ of the LNG power plant bid.

The minister at the time would not say what would happen after the seven-year lock ended. In addition, revisions of the various contracts signed with Electrogas, also locked for five years, are set to kick in this April, affecting the price of both the LNG supply and the acquisition of energy produced from the gas power plants.

These revisions include the ‘Energy Availability’ and ‘Energy Delivery’ payments charged to Enemalta and, most importantly, the supply of LNG to Enemalta through the Power Purchase Agreement and the Gas Supply Agreement.

According to an NAO report, Enemalta is bound to buy LNG at a fixed price of €9.40 per unit until April 2022. After that, the price will change and will be set according to an inflation index and international price fluctuations.

During the first five-year period of the Electrogas deal, the price to consumers was kept stable with instances where Enemalta paid either much more as well as less than market prices as they varied. Yet the agreed revision is coming at a time when LNG is being traded at an all-time high.

The spot price of LNG is currently over €16 per unit and future predictions point towards an upward trend. Conscious of the looming crisis due to its seven-year rigid policy with no space for manoeuvre, Prime Minister Robert Abela’s government is trying to drive the narrative that the government will intervene to mitigate the ‘international crisis’.

While trying to pass the message that the ‘crisis’ is not his government’s doing, Finance Minister Clyde Caruana has already hinted during the Budget that the government might be constrained to increase the deficit next year (meaning it will borrow more) to “cushion the blow” of high electricity prices.

Caruana hinted at a potential whopping €200 million deficit increase in 2022, equivalent to 1.4% of GDP over and above what is already forecasted.

Malta is already in the red when it comes to debt and deficit levels, recording its highest levels in a decade.

Part of this ‘cushioning’ was already introduced last week with regards to fuel (petrol and diesel) as the government decided to lower excise tax to maintain the same price. This will cost taxpayers €31 million in 2022 which will be ‘recovered’ through more borrowing.

The same appears to be on the horizon to mitigate the April 2022 electricity tariff deadline, at least until the electorate is called to the polls.

It happened that when Labour came to power in 2013, the price of oil fell sharply and Konrad Mizzi could reduce the electricity tariffs. However, he kept the prices for vehicle fuel very high. Now the oil price is going up again.

The price of Brent Oil futures fell from c. $115 in June 2014 to c. $28 in December 2015. The price of fuel and electricity in Malta ought to have experienced falls of the same magnitude.

‘ THE CHICKEN ARE COMING HOME TO ROOST’ as the English proverb goes. They cannot amend the way they charge people for their electricity due the high cost that Enemalta was paying for the LNG bought by SOCAR which it bought from SHELL and put a high profit for just supplying the LNG. Surely SOCAR will want to make the same profit margins as it did when the LNG prices were rock bottom. Goverment has to wait untill MAY to annouce the NEW CHARGES FOR ELECTRICITY. They are waiting for what SOCAR are going to charge for LNG.

Can you please try to do a follow-up at some point on how much Maltese taxpayer money was gifted by Mizzi et al. to the Azeris in the course of the past seven years over the going market price for LNG. Just to get a sense for the likely kickbacks…