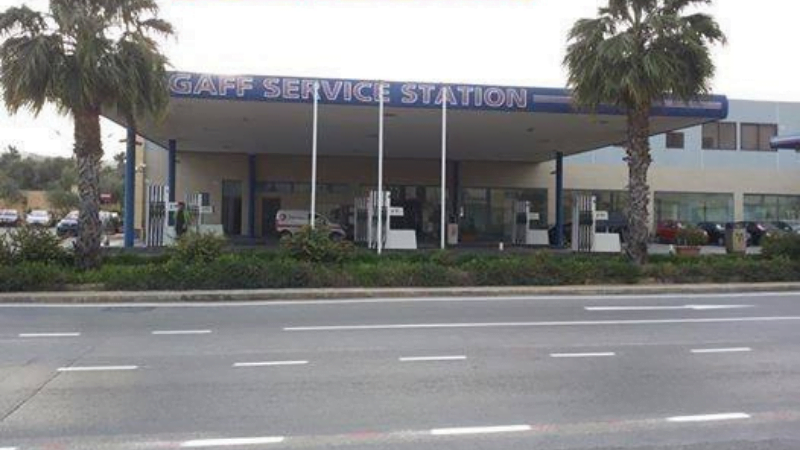 The Planning Authority (PA) and the government have still not taken any action to close an illegal petrol station in Qormi, owned by the controversial Gaffarena family, although it’s more than four years since a unique ‘political agreement’ granted in 2014 expired.

The Shift is informed that while the Gaffarenas were given up to March 2017 to sanction or remove the illegalities at their petrol station – or risk losing a half a million-bid bond and the closure of their illegal business, the PA did not follow through, and is instead still waiting for a ‘never-ending’ appeal, said to have been filed simply to lengthen the process.

In the meantime, The Shift has been told that all the illegalities at the petrol station, including a whole basement and first floor, remain in place.

PA sources told The Shift that according to a deed signed between the PA and the Gaffarenas in March 2014, following pressure from the government, the station was supposed to have been shut down via direct enforcement in March 2017. However, an appeal filed against the PA’s refusal to sanction the illegalities is “somehow” taking “much longer than necessary” to be decided.

“The appeal, which is nothing but another excuse to give the Gaffarenas more time to operate their illegal business, has been ongoing for four years and four months and after 21 sessions no one knows when a decision will be taken,” the sources said.

“A number of other appeals filed much later than the Gaffarenas’ have already been decided. It seems that the Environment and Planning Tribunal (EPRT) is taking its time so that the PA is not constrained to do the inevitable,” the sources said.

A spokesman for the EPRT told The Shift that the case is now set for a final decision, but would not say when except for stating, “it will appear on the agenda.”

The case does not appear on the EPRT agenda so far.

The  J. Gaffarena Fuel Station saga began in 2006 when the PA issued a permit for the family to set up a petrol station in Qormi.

Yet they failed to stick to the permit’s conditions and instead built over much more space than allowed, while adding a whole extra floor and a basement not covered by the permit, among other breaches.

In 2008, an enforcement order was issued by the PA and the Gaffarenas were ordered to remove the illegalities before they could start operations.

The Gaffarenas ignored the order and began operating the petrol station, which they continued to do up to 2009. That year, PA inspectors returned to the site, this time sealing off the petrol station and closing it down.

In the meantime, disgraced former prime minister Joseph Muscat became leader of the Labour Party in 2008, and then prime minister after his party won the 2013 elections. Shortly after Labour returned to power, the Gaffarenas re-opened their petrol station and the PA dropped its objection.

In 2014, following the intervention of then-prime minister Muscat and Planning Parliamentary Secretary, today Minister, Michael Farrugia, the PA took the unprecedented step of granting the Gaffarenas a “temporary permit.”

This unique arrangement was cemented in March 2014, through a public deed signed in front of Notary Malcolm Mangion, son of former PL Minister Charles Mangion, in which the PA agreed to issue the Gaffarenas with a three-year temporary permit in exchange for a bid-bond of €507,200 and a condition that the station is either sanctioned by the PA or the illegalities removed.

The deed stated that “if at the lapse of 36 months from signing the contract, the development is not brought in line with the development permit/s applicable on site, the bank guarantee shall be forfeited in favour of the PA; the applicant’s development subject to the Stop Notice would have to stop operating and the temporary clearance for service provisions would be retracted. The PA would take direct action to remove the infringements at its convenience”.

The petrol station is still operating, though the agreement with the PA ended on 9 March 2017, with no changes made to the illegalities on site. And, on the same day the three-year time window closed, the PA turned down an application for the sanctioning of the illegalities.

The Shift is informed that the bid-bond remains unpaid, and no direct action has ever been taken, despite what was specified in the agreement.

It is not yet known what action the government, particularly Environment Minister Aaron Farrugia, will be taking to remedy this abuse, nor what his position will be should the EPRT, as expected, confirm the decision of the PA not to sanction the illegalities.

On Mafia Malta it pays to be corrupt, what about gafferena’s farmhouse in Zebbug? It has all the illegslities and had to be pulled down.

What do you expect the minister would do? Like all his colleagues, he is a puppet moved around by the construction industry and their allies.

Whoever came up with the saying “crime doesn’t pay” has never been in Malta. 🙂

Commenting from experience no one can expect anything different from the Gaffarena’s. Do your research and you will find out.

The ruin of dishonesty