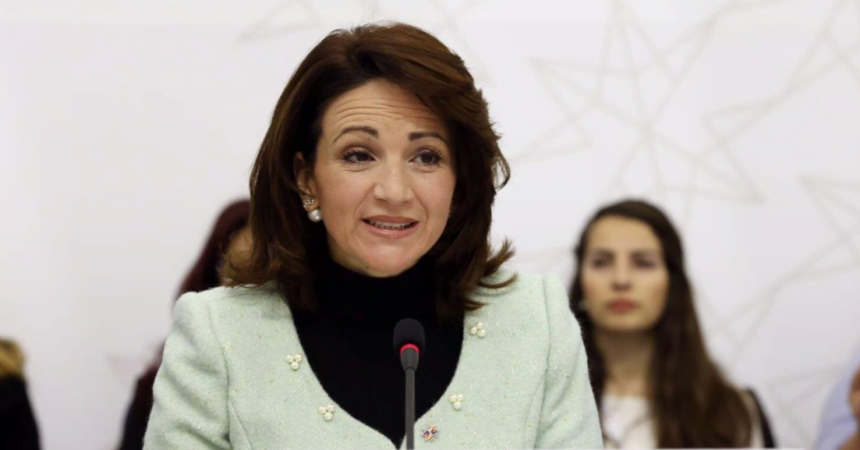 Marigold Foundation given over €500,000 in taxpayer funds while Joseph Muscat was PM

The Office of the Prime Minister was the largest donor to Michelle Muscat's 'charity'.

The Marigold Foundation was given in excess of €500,000 in taxpayer funds, an analysis of public data carried out by the Shift shows. The Foundation was established in 2014, but well over half of the amount taxpayers ‘donated’ to the charity – €326,336 – was given in just three years between 2017 and 2019.

These numbers double when the €100,000 per year ‘standing donation’ from Bank of Valletta (BOV) is added. The government-controlled bank that first set up the charity, handed over control of Marigold to Muscat for just €100, The Shift had revealed.

When donations are analysed according to Ministry, the data shows that the single greatest Ministerial ‘donor’ (using taxpayer funds) was Michelle Muscat’s own husband, Joseph Muscat.

Between mid-2017 and 2019, Muscat’s OPM was responsible for the granting of over €140,000 to his wife’s Foundation from entities and agencies under his remit.

Edward Scicluna (Finance) and Evarist Bartolo (Education) come in second and third place with €91,590 and €63,000, respectively.

The analysis is based on data published in the Government Gazette over the years, as well as replies to parliamentary questions, including those asked by Opposition MP Claudette Buttigieg following The Shift’s original report on Michelle Muscat taking over Marigold.

While the figures raise questions about a government using the public’s money to further fund a charitable Foundation that is already funded by the public’s donations, these numbers only tell half the story.

Marigold has, over the years, also benefited from generous ‘in kind’ support by various Ministries as well as State resources to raise its profile. These “in kind” benefits include Ministries allowing the use of national venues at no charge, AFM bosses allocating army resources to escort Michelle Muscat during her now legendary swims, the Department of Information issuing press releases on behalf of Marigold or a Ministry putting Michelle Muscat’s and Marigold’s name to an EU-funded project.

The fact that the charity is fronted, and now owned, by the wife of the prime minister when the ‘donations’ were made, only serves to amplify concerns.

The support Muscat’s Foundation has received stands in stark contrast to recent moves to introduce measures intended to suffocate NGOs and limit their ability to fundraise while empowering the government to sanction, censor and in effect ban NGOs who express views or campaign for policies of which the government disapproves, according to Repubblika. A group of 79 organisations have called for the new fundraising rules imposed by the government to be scrapped.

You can only do so much with an offshore company especially when its been exposed.

But i thought she swam the channel to collect these funds?

You mean the sham swims? I wonder what Phelps would have to say about those suppose swims.

Everything the Muscat’s touched was a sham, and most times a big con.

Is that why the present government wants to shackle all ngos by passing a new reform?

It wants to do that to shut up Republikka, mainly. And probably because it knows that it is now being caught out. Because whatever Robert says, it’s still the same government, with or without Muscat et al being in power

That is what bully bobby’s CONTINUITY means

Do you think that, in view of the facts exposed in this article, the present government considers the Marigold (pronounced MARRY GOLD) foundation as a money-laundering set-up?

Far be it from your mind, please?

During her legendary swims.
They are a legend and a fairy tale especially the last one.

‘ people who were too stupid and blinded to see sense ‘
Their IQ seems to be very low.

And where is the Marigold money going to? or to whom?

Din mhux xi ohra bhal : Don’t judge me it is what I do for you ?

So far little is known as to how the money was used. I think the Maltese people have a right to know especially if it is their money. We must demand to know.

SHAME on you corrupt people taking advantage of charitable institutions to fatten your pockets. Once all this money was given from people’s taxes (and not their own pockets) we taxpayers have a right to know where did all this money end up. I remember that spouses of parliamentarians are exempted from declaring their wealth.

Its exactly what it is said :Malta belongs to them ( the disgraced joseph muscat and his spouse. )

CHEATERS CAN NEVER BE TRUSTED

Some people, even on charity works cannot be trusted. Apart from this Marigold thing, if you truly want to collect money and show your skills in swimming, then I would invite other swimmers if not to swim with me (so as not to break my ‘records’) at least to act as witness. Think…

If you cheat on social matters aimed to unite people and help others, how could I trust you on other more serious issues?

Excellent investigation but the $64,000 question is, has Marigold Foundation fulfilled NGO obligations to submit audited accounts and what were all those monies spent on, keeping in mind that their new premises were funded by the EU.

How can labour supporters walk with a straight face after all these scandals – they should all go and hide in shame.
jm (the corrupt artful dodger) had used the workers’ confidence to enrich himself, his family and the few people of trust around him.
It’s a real pity they keep supporting such infamous criminals.

Is there no chance of publishing what money was used and what for reason used please ?? In case I’m in transit??

BOV should desist from supporting this on the basis that this charity is now under a nebulous cloud. Moreover, BOV should curtail all their CSR activities until such time that dividends are reinstated. Their shareholders have not been paid a dividend for some years now with some shareholders finding it hard to make ends meet. These elderly shareholders who have skimped and saved and invested in BOV need all the help they can get. Charity begins at home.

It only goes to prove, the CORRUPTION level we were in, during Joey INVICTUS Muscats reign!!!???

Money no problem, as long as it’s the taxpayers, ours and not his!!!???

In reality nothing much has changed, with Bob Abela hitting us with a €274 million bill, for an overpriced direct order, old peoples home!!!

Civil society out on bail