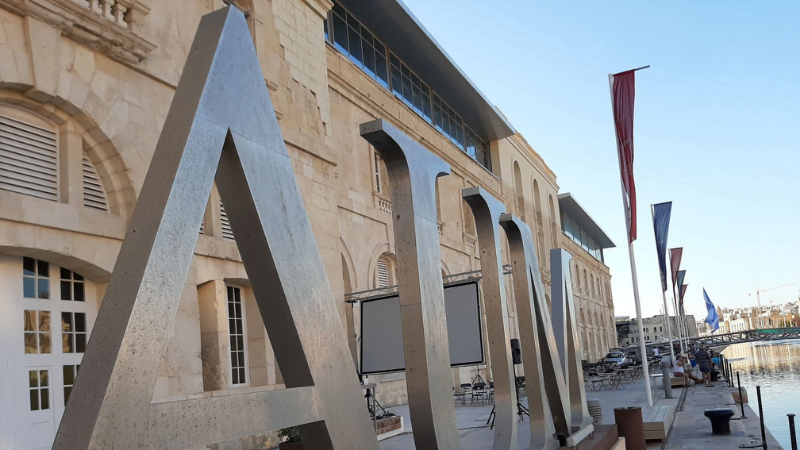 The AUM has registered an €11 million loss in first three years.

The much-lauded American University of Malta (AUM) project is facing a very bleak future with almost no students on campus and millions in accumulated losses, according to its latest audited accounts.

In an aggressive marketing campaign launched a few weeks ago, intended to lure new admissions, the AUM has announced the slashing of its tuition fees offering students courses for close to nothing.

The university was a project by disgraced former Prime Minister Joseph Muscat that led to a great deal of controversy over prime public land allocated to a Jordanian developer with no experience in the education sector. Muscat had promised the AUM was ‘the key to an economic overhaul in the south of Malta’.

Since its inception, the AUM has had difficulty attracting the number of students promised. Now, the university is marketing lower fees as a reaction to the pandemic.

The AUM is also facing bleak financial prospects as the project is several million in the red, with liabilities far outweighing assets and an €11 million loss in its first three years of operations, according to its audited accounts.

Provost Narcisa Roxana Moşteanu did not reply to questions by The Shift about the student situation at the AUM and the university’s financial situation. The National Commission for Higher and Further Education (NCHFE), which issued the AUM’s operating licence, also refused to provide any details.

The government’s higher education regulator is tasked with ensuring the AUM is sticking to its original commitments, on which the licence was based. Yet its spokesperson told The Shift that no data could be divulged as this was ‘private’ information.

In 2015, in a highly publicised press conference, then-NCHFE Chairman Martin Scicluna had justified the issue of a university licence to Sadeen Group, actually a company owned by Jordanian developer Hani Hasan Naji Salah, on the grounds that specific commitments had been made.

According to Scicluna, by the fourth year of its operations, the AUM had to have a student population of 1,200 students, which would continue to increase to 10,000 by its tenth year of operations. Although the AUM is in its fourth year of operations, The Shift is informed that the number of students does not even reach 150.

According to the university’s most recent accounts, published only a few weeks ago for the year ending 2019, the university has failed to make any significant income from tuition.

The accounts of the AUM’s operating company, Sadeen Education Investment Ltd, show that the AUM had registered more than €11 million in losses in 2018 and 2019. It also had multi-million euro loans with its owners.

The AUM was one of the first controversies of the Labour administration when Muscat had announced that the government had conceded massive tracts of untouched land – known as Iz-Zonqor in Marsascala – so that the Jordanian company could build its university campus.

Following protests, the government had to revise its position by reducing the footprint of the public land in Zonqor and giving Sadeen Group historical buildings in Cospicua to turn into a university campus.

Even though the project did not take off, the Jordanian is still in possession of the land in Zonqor where the plan is still to build a ‘residential complex and facilities’, with uninterrupted sea views.

Just a development company masquerading as a university in order to be handed land and historic buildings for free. When it fails, what happens to the properties?

Asking what will happen when the ‘American University of Malta’ fails?

It will not fail – it has already done so, being a failure ever since its ‘inception’.

That’s what I’d like to know too. Where’s the small print?

From the beginning the plan was for the ‘university’ to fail and the building being turned into resorts/hotels and residences. That’s how developers make money.

Have been saying it all along…this is no university. This is just another money laundering exercise aimed at grabbing prime public land for peanuts.
Why is having sea views so important for this AUM?
Simple, these buildings will eventually be converted into a hotel and luxury apartments in Zonqor…only then will the share holders get their money’s worth.
Even the name is wrong, American university when there is nothing American in it, not even the syllabus or style.
I still remember the press conference when this was inaugurated, the chairman winking and gesturing to someone in the audience…who would do that at such an event?
We must take back Zonqor as well as any other historic buildings handed over to these Jordanians, take back the present campus and kick them back to their country (after making sure they’ve paid their dues here of course)!

Well they fired all the Americans before they were even open a year. If they had just stayed the course with the original crew they would have seen success by this point.

This was another project under Joseph Muscat’s watch, which was designed to fail, like the Vitals hospitals takeover! Sadeen will at the right moment transfer the property to some well-connected group who would change into luxury apartments and commercial property

Even though the project did not take off, the Jordanian is still in possession of the land in Zonqor where the plan is still to build a ‘residential complex and facilities’, with uninterrupted sea views.

The tickets for Joseph Muscat’s family trip to Dubai in December were purchased in Jordan and cost a total of some €20,000, according to multiple sources working in the travel industry who spoke to The Shift. Muscat travelled with his wife, Michelle, and his two daughters on 27 December for a three-day ‘holiday’.Jan 7, 2020

how many millions are the Maltese owed? let’s hope that this farce won’t finish up like all other scandals in corruption and assassinations.
Part one is over and the jordanian managed to swindled the Maltese after failing to take prime land Zonqor.

And please do not call this building a university – it’s just a building called sadeem.

Students are ruthlessly and systematically exploited and not supported in their learning. Not because of the tutors but because of the culture of the establishment – it is not a university, it is as many have said a property development, a disgraceful scam and example of corruption in plain sight.