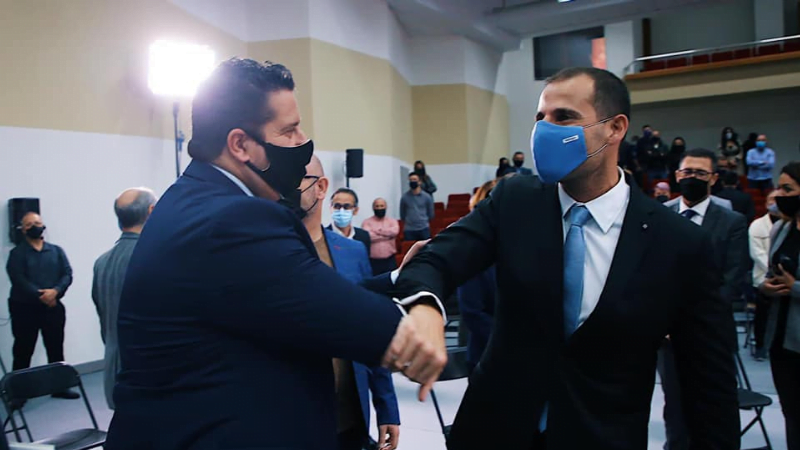 Justice Minister Edward Zammit Lewis is still unable to clarify the inconsistencies in his tax declaration despite follow up questions sent after he took to social media calling The Shift’s report “fake”.

Last week, The Shift revealed how Zammit Lewis had declared that in 2018 he earned almost €67,000 from parliament when MPs are paid just over €21,000.  The income from a number of direct orders and other government contracts recorded as being given to Zammit Lewis was not listed in the tax declaration for the year.

They include contracts from Identity Malta, the Lands Authority, the National Development and Social Fund and a €4,300 a month consultancy at the Energy Ministry.

Arnold Cassola filed an official call for an investigation over ‘tax evasion’ by the Justice Minister with the Commissioner for Public Standards George Hyzler.

The Justice Minister then took to Facebook. He addressed Cassola, calling the report “a personal attack”. He also said he had given “a clear answer” to The Shift and proceeded to call the report “fake”.

We are therefore publishing his reply – received after two months – in full for the record.

Questions to Zammit Lewis were sent on 22 October following an assessment in which comparisons were made between information in the public domain and what the Justice Minister had declared as his earnings.

His assistant at the Ministry replied four days later saying only that “the Ministry was still working on the replies”. He asked for more time. No replies were given despite reminders sent on 31 October, 4 November and 3 December.

On 9 December, Zammit Lewis’s Ministry replied saying: “We can confirm that during that period the Hon. Dr Edward Zammit Lewis did not form part of the Executive (Cabinet).” “In 2018, Dr Zammit Lewis only had the Honoraria that covered his respective roles of Member of Parliament, Chairperson of the Foreign and European Affairs Committee and Chairperson of the Standing Committee on Public Appointments. The renumeration for these roles does not amount to the sum you mentioned (i.e. €66,837); this can be easily verified by his formal tax return form which he submitted to the Office of the Commissioner for Revenue, as stipulated by law. The latter can also be verified with the aforementioned office,” the Ministry added.

The Shift had already checked “his formal tax return”, which is why the questions were sent. Despite two months of ‘research’ on the Minister’s declaration, Zammit Lewis could not come up with a clear answer explaining the discrepancies in his tax return. Instead, he chose to use social media to deliver a message to a bubble of constituents and call the story “fake”.

Asked by The Shift to indicate what was ‘false’ in its story and to provide a clearer explanation, Zammit Lewis said:

“I have been made privy to the information that a report was filed with the Commissioner for Standards in Public Life. I have already come in contact with the Commissioner himself to inform him that he should gather all the information he deems necessary in regard to my wife’s and my own income. I have always acted in line with the rules and ethics of the House of Representatives.”

The Commissioner, George Hyzler, does not need the Minister’s permission to start an investigation.

There is a deeply worrying pattern here – where holders of public office
(i) assume a flippant and irresponsible approach to their roles; and (ii) an assumption that public money can be accessed at will, in the manner of some sort of personal fund or bank account.
Shallow responses to serious questions belie a puerile lack of gravity in attitude and approach.

Notice how all of these jokers, when caught between a question and an answer always end their confusing meaningless monologue with words to the effect that they “are solely occupied with the good of the people of Malta and Gozo”. Makes me feel so happy to hear ad nauseam that they are completely devoid of any self-serving interest.

Too quick to judge