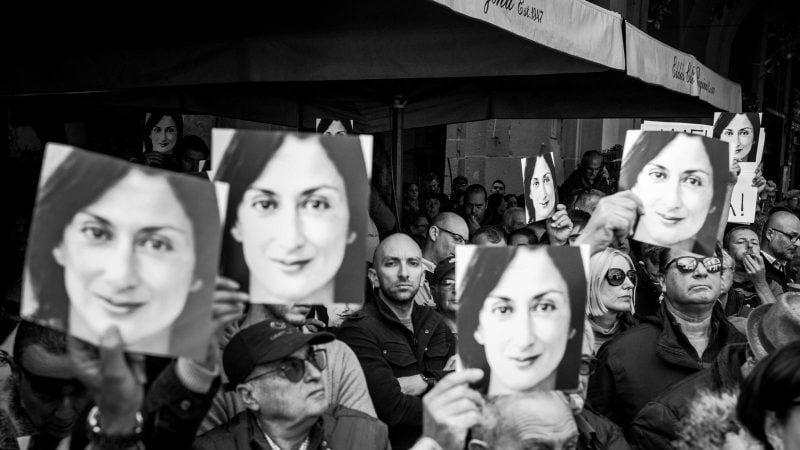 There is no darkness but ignorance

It was announced with the shortest day of the year – the day in which we received the least amount of daylight. Ever since pagan days, winter was also time for the reckoning and for the victory of light over darkness and, on the 25 December, the Romans would celebrate the festival of Sol Invictus (unconquered sun). The unconquered sun would be born again vanquishing all evil.

The battle between darkness and light is a battle as old as the stars and the narrative has taken on different threads in different eras. In today’s world, the darkness is that described by Shakespeare’s fool in Twelfth Night when he declaims that “there is no darkness but ignorance”. Ignorance, as opposed to knowledge, is that weapon used to oppress, abuse and befuddle.

In our very own narrative within the confines of the Maltese republic, we are living through dangerous times – only a fool would still qualify them as interesting. As plots unfold and unravel before our eyes, we run the danger of oversimplifying a complicated situation that holds not one but many untruths that are not always linked to one another.

There is the criminal domain where a murderous plot intended to snuff out a light that had been shining on uncovering dirty deeds is being uncovered. The actors in this plot are, to the extent that is possible, being brought before the blindfolded eyes of Lady Justice. Truths in this field are discovered within the confines of the rules of procedure involving proof, evidence, and due process.

A layer just above this domain is the political one. We are learning the influence that politicians in power can have on the development of a criminal process. A criminal can have connections in the highest offices of power and through those connections can attempt to thwart the exercise of justice. This attempt would be nothing else than thwarting the discovery of the truth.

As if that were not enough, we find another layer woven intricately into this last one. It is where the interests of politicians intertwine with that of those individuals harbouring criminal intent. The criminal intent is suddenly hatched and perfected within the very corridors of power – obstruction of justice has a new friend: complicity. ‘There are crooks everywhere you look’ remember? Well, the business of government has become a criminal business.

Meanwhile, the tentacles of the Executive extend to the representatives of the people. As the administration is stuffed with ‘persons of trust’ the houses of the people are easily corrupt with the ‘iced buns’ that serve to keep many a conscience quiet for the long run. Direct orders are the name of the game when it is not appointments to Boards, authorities and committee after committee. Slowly, gradually, everyone who can be twisted to the dark side of willful blindness will succumb to the power of greed. Greed that is not only satiated by money but also by the obtention of some ill-gotten idea of status.

‘Follow the money’ that all important catchphrase showed us how to begin to get to the root of corruption. We must be aware that it was a task rendered Herculean by the constant efforts to eclipse the facts – the efforts to hide the truth from before our very eyes. It is no coincidence that at the root of the story of today’s scandals is volume after volume of libel cases, SLAPP cases, harassment of the few lawyers and journalists who persisted in ‘following the money’.

It is no coincidence that this government still hides behind secrecy even when it comes to what should be the most public of contracts. How many more times will we hear the excuse of “sensitive commercial interests” being used as a bar to providing clear, transparent information on how the public good – the res publica – is being managed and sold?

There is a real danger that the sudden flash of light shone over the darkness that had been penetrating every nook of our system has had a blinding effect. The stunned observers are still unable to wrap their heads around the new reality and they must still cope with those who are as still spinning and covering up for the old.

Although there is much at stake we still live under the very clear and present danger of being ‘charmed’ back into the ways of the past. As happens at every turning point in our history, we are confronted with the false solution that is at the heart of Mediterranean philosophy – if we want everything to remain the same, we must change everything.

Chris Fearne and Robert Abela have embarked on a promise of change but have not reneged the very system that is the root of all evil. So long as they are intent on perpetuating the same errors of the past by feeding once more a system that breeds corruption from within, they are not worthy of being the banners of change.  Adrian Delia’s mea culpas concerning the Egrant report and the conclusions to be drawn from it are a little too late to hide his natural instinct of siding with the status quo of partisan dualism.

The one resolution that must be borne in mind is the one that has hitherto fueled the movement for change. It is the quest for the dual purposes of Truth and Justice. Now that new calls have been added to our voices of old concerning the need for a New Republic, we must also acknowledge that one of our greatest enemies still needs to be defeated: ignorance in all of its forms is a curse that must be tackled in order to get a fresh start.

Egrant: ‘The most expensive cover up in Malta’s political history’