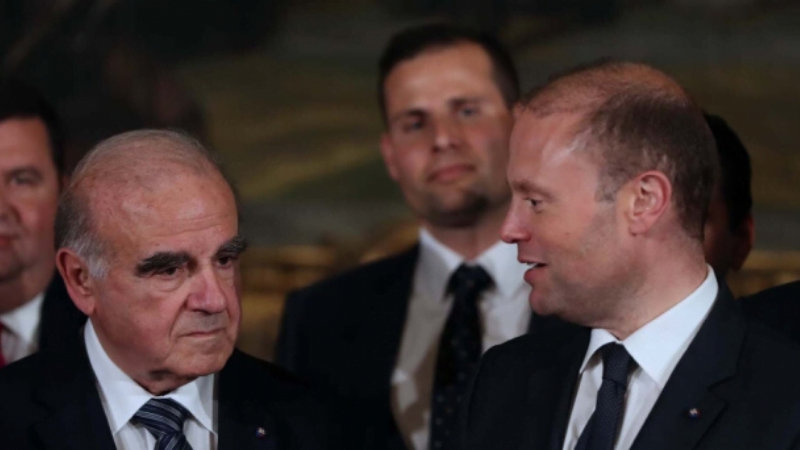 Guest commentary by Mark A. Sammut

The situation is unprecedented, as even the President of the Republic has pointed out.

Not only is the situation unprecedented, but it seems to be totally out of control. Joseph Muscat, now Prime-Minister-in-Limbo, surviving by the skin of his teeth amid a chorus of calls for his resignation, is inventing rules as he goes along, in a constitutional scenario that has no precedent.

Finally accepting the inevitable, Muscat has announced his resignation. But he won’t resign immediately. He single-handedly decided he will resign in January 2020.

He justified the delay on the basis that this is the minimum timeframe for the Labour Party’s internal organs to elect a new Leader.

He has clarified that he will be limiting himself to day-to-day administration, without elaborating on what. Will he behave like a caretaker Prime Minister?

Many issues are raised, even of an institutional nature, and constitutional experts should air their views. Particularly since it seems that the statute of the Labour Party is taking precedence over the country’s constitutional setup.

The Constitution states that “wherever there shall be occasion for the appointment of a Prime Minister, the President shall appoint as Prime Minister the member of the House of Representatives who, in his judgment, is best able to command the support of a majority of the members of that House”.

There is no mention of internal Party elections. And yet, Muscat is unilaterally subjugating the country’s constitutional setup to the statute of his political party. The line of demarcation between State and Party is being blurred right before our eyes, seemingly with impunity.

Bloomberg published an opinion piece a couple of days ago: ‘Malta Proves Oligarchs Aren’t All Eastern European’. “A government crisis is a reminder that official corruption — and violence — can shake even seemingly stable countries.”

The present scenario is unprecedented. We have never had a Prime Minister who found himself in such a legal and political morass.

It is unprecedented, the constitutional document does not seem to contemplate such a scenario, and, moreover, Muscat is doing as he pleases in his last days.

We have to refer to the hallowed British constitutional theorist A.V. Dicey, who wrote that there are other, non-legal rules that also make up the constitutional setup: “conventions, understandings, habits, or practices which, though they may regulate the conduct of the several members of the sovereign power are not in reality laws at all since they are not enforced by the Courts. This portion of constitutional law may, for the sake of distinction, be termed the ‘conventions of the constitution,’ or constitutional morality”.

In this case, “understandings” is the operative word.

We have to resort to “constitutional morality”; in other words, we have to understand what is right and what is wrong.

We have to ask ourselves the following. Given that:

(a)   Muscat’s closest aide is probably involved in an assassination and in money laundering;

(b)   Muscat’s trusted Finance Minister, Economy Minister and former Tourism Minister are to face a criminal inquiry on the health privatisation deal;

(c)    Yorgen Fenech has claimed that he knows of a number of instances of government corruption (which should obviously lead to investigations by all competent bodies, not just the police – namely the FIAU, the MFSA, tax department, and so on);

(d)   other facts may come to the fore as the police and other bodies continue investigating and interrogating people; and

(e)   Muscat himself might have criminal responsibility (by commission or omission) and might face charges and even imprisonment;

Is it right that Muscat should remain Prime Minister, with full powers, until he decides that it is a convenient time to go?

Or is it right that he should go immediately?

I am surprised that the President hasn’t publicly reacted to the unilateral decision taken by Muscat. Under Article 85 of the constitutional document, the President can and “shall act in accordance with his own deliberate judgment” in certain circumstances involving the removal and appointment of the Prime Minister. I’m sure that with a little lateral thinking and intelligent interpretation, the President can find a way to allow constitutional morality to reign supreme.

I’ll say it frankly. I do not exclude that Muscat has not resigned and is abusing of the silence of the constitutional document – but not of the constitutional set up – not only to be in a position to help friends and allies and to clean up as many traces of malfeasance as he can, but also to prepare his escape from the country if it comes to the worst.

Knowing him, when he said he will stay away from politics, he might have meant just that.