The historical, architectural, horticultural and ecological value of Villa Frère led Heritage Malta to write to the Lands Department in February last year asking the Lands Authority for the transfer of title of Villa Frère registered as government property. The area being requested is the upper gardens.

“Heritage Malta is currently seeking to clarify its role in the care and management of Villa Frère in Pieta, which presently lies in a derelict state and to be able to preserve it for future generations,” the agency said. The Shift News revealed on Tuesday that Prime Minister Joseph Muscat had promised a developer “full cooperation” to acquire public land in the area, according to a letter sent by Joseph Schranz to the Lands Authority a week before the last general elections.

At the time, Joseph Muscat was responsible for Lands. 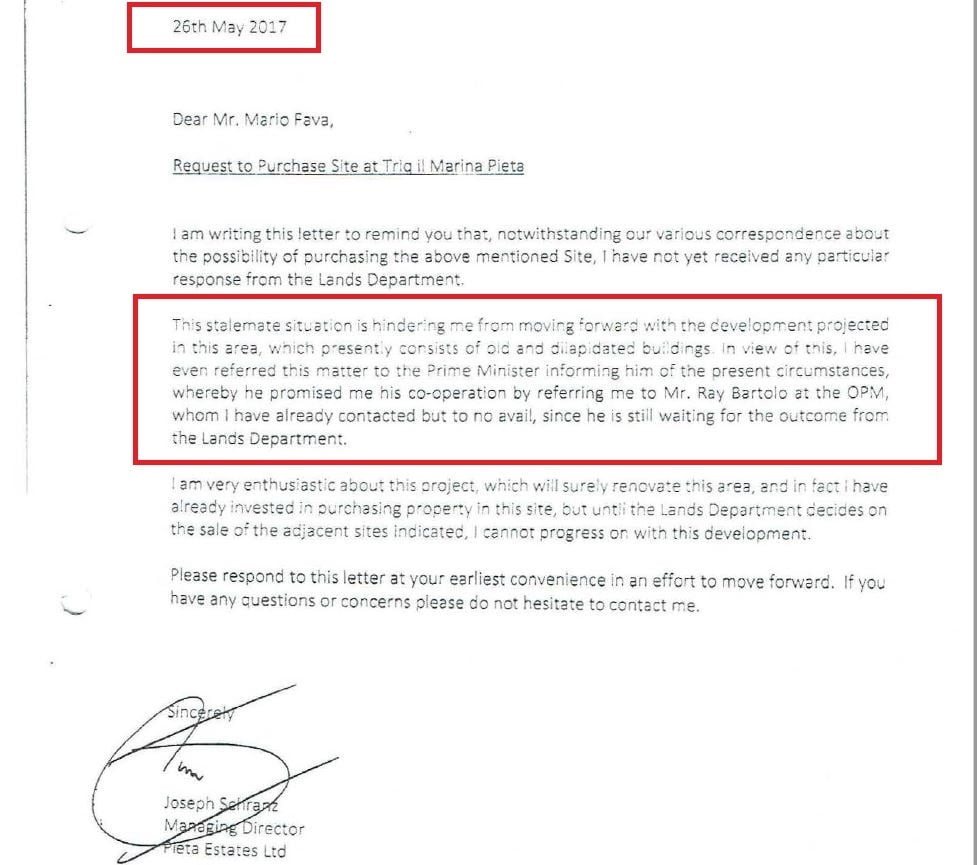 An application for development of a retirement home in the area was recently withdrawn.

It was followed by another development application – almost a year after Heritage Malta’s request to be given the Upper Gardens at Ville Frere. This time for a nine-storey hotel next to the adjacent 200-year old Giardino Zamitello.The application was filed by David Borg of Land Gate Ltd.

Shadow Environment Minister Jason Azzopardi said on social media that this was “a textbook case” for the government to expropriate this property for its protection.

Partit Demokratiku said in a statement that it would be filing an objection to the development because it would ruin all the voluntary work carried out over the past years by the group Friends of Villa Frere to restore one of the most undervalued heritage sites in Malta.

Last October, the group received an architectural award by the Planning Authority after a panel of experts considered their work to be “a successful example of conservation made possible through the passion of volunteering and public interest”. Award given to Friends of Villa Frere. Photo: Facebook

It is as yet unclear whether the request by Heritage Malta for the upper gardens has been accepted by the Lands Authority, a move that would go a long way to ensuring the preservation of this gem.

The Planning Authority is accepting feedback on the development of the nine-storey hotel (PA00698/19) on its website until 8 March.