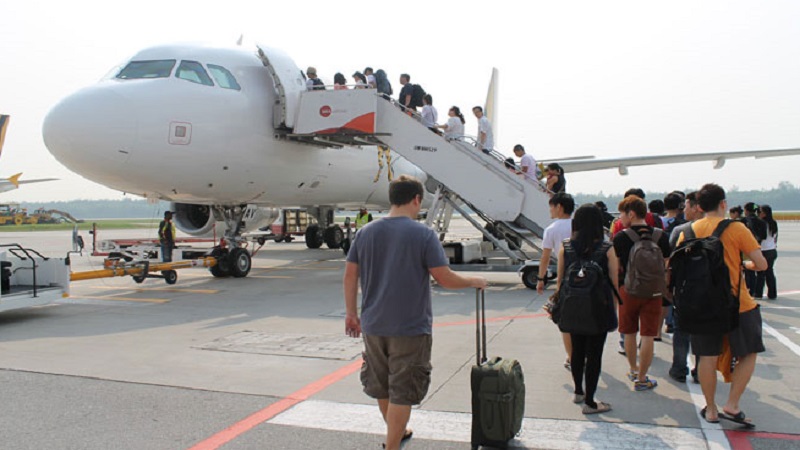 Travel agencies are up in arms and refusing to pay a newly-introduced €10,000 mandatory deposit meant to protect clients against the threat of an agent’s bankruptcy, saying the one-size-fits all was unfair and possibly in breach of Data Protection rules.

Some 50 travel agents have been instructed to make the payment by today but small and medium sized agencies are refusing to pay what they described as a “one size fits all” measure which will see big agencies, with a turnover that runs into millions, and smaller agencies which have a significantly smaller turnover pay the same amount.

Speaking to The Shift, small and medium sized travel agencies said the flat rate imposed in the mandatory deposit to the Insolvency Fund would cripple them financially. They also said the Board governing the fund has been granted arbitrary powers which could be detrimental to smaller companies.

The agents, which number some 15 separate companies, are also insisting that the client data they will be asked to provide to the Board running the scheme is in breach of data protection laws.They said that while agreeing with the scheme in principle, they had serious reservations over the way the fund will be run and the lack of transparency.

Most agencies in Malta employ between one and four employees and the €10,000 mandatory deposit was “highly unfair,” they said.

Some of the agents have been given the option to pay in four instalments over four years, but other similarly small agencies are being asked to make the full payment.

“I’m being asked to pay up €10,000 of shareholder money but I do not know if and when I’m getting it back and not sure if I’ll be asked to pay more,” one agent told The Shift, adding that this will undoubtedly lead to a number of agencies closing ship “which will inevitably benefit the bigger agents.”

Another travel agent explained that he is the company’s only employee and pointed out that his agency – like all members of the International Air Transport Association (AITA)  – already guarantees the flights and accommodation in case of bankruptcy.

The law was drawn up by the Tourism Ministry led by Konrad Mizzi, the Malta Tourism Authority (MTA) and the association representing agents (FATTA), invariably dominated by the larger agents. The Insolvency Fund will be managed by a Board composed of two representatives from the MTA and FATTA respectively, and a person nominated by Mizzi.

The smaller agents’ requests to have companies pay according to their size, turnover and risk profile fell on deaf ears, and the proposal to have larger companies pay €25,000 and smaller ones €10,000 was refuted. Agents who do not pay the contribution to the fund covering travel package will only be allowed to sell flights.

The Authority has yet to publish the Board’s terms of reference, which the law says “shall be published on the Authority’s website.” This has raised additional questions among agents.

The law says the Board running the fund “shall be  entitled to request any or all contributors to contribute further” if the minimum target of €500,000 is not reached. Moreover, the travel agents who spoke to The Shift are concerned about the fact that the board shall be given arbitrary power to distribute surplus funds if and when the fund exceeds €500,000.

Questions sent to MTA and the tourism ministry remain unanswered.

The MTA is obliging all agents to provide clients’ personal information, including their ID card number, along with the costs and details of their accommodation, travel, and other services.

Travel agents expressed their apprehension about providing the Board with data which goes beyond the guidelines stipulated by law. 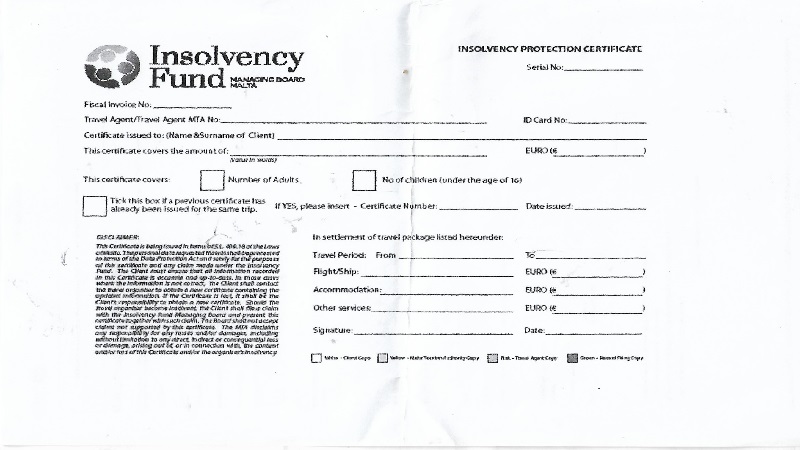 According to the law, the certificate shall include “at least” all prepaid amount made by the consumer, dates of travel, “and any other details which are relevant to the package ordered and, or purchased by the client, such as information on the accommodation provider if applicable.”

Moreover, the law says the Board “shall have full access to the system, and to any information transpiring therefrom”, giving rise to concerns over the possible mishandling of information.

The Information and Data Protection Commission (IDPC) told The Shift that it is looking into the matter to ensure there is no breach.

“This Office is in the process of setting up a meeting with the MTA to discuss, inter alia, the overall processing operation, the envisaged online central system, retention timeframes, access, safeguards and, most importantly, establish whether the processing of such information is in accordance with data protection rules,” an IDPC spokesperson said.