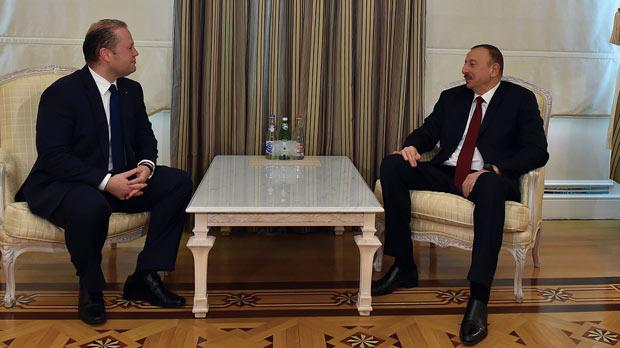 The new Labour administration has been in office for 170 long days now, however the country is still gripped by hyper-political tension. Panamagate, the alleged corruption in the sale of passports, and the Egrant affair remain an albatross around Prime Minister Joseph Muscat’s neck and a dead weight pulling the country down into deeper and darker waters.

Evidently the inquiries into the alleged corruption and tax evasion remain inconclusive. In the absence of a functioning State we are left to our own judgement, many a time clouded by political spin and self-gain. For reasons which remain unknown, some choose to give credence to one set of allegations over another. Some prefer suave French intelligence over brusque Russian whistleblowers.

The notion being pushed by the Castille regime and its yes-men that Joseph Muscat is being targeted by the Kremlin because he is singlehandedly opposing Russian foreign policy goes beyond spin. Muscat might be riding on a gigantic wave of popular consent, but believing that he is on Vladimir Putin’s hitlist smacks of delusions of grandeur.

Muscat’s popularity and Labour’s unassailable lead in the polls are not a blank cheque to run roughshod over the rule of law and decency. And it surely does not give anyone the liberty to bully and intimidate anyone who is not a Labour cheer-leader.

I’m pretty sure that the great part of Muscat’s “silent majority” does not identify with these attacks, but if the level of hate on social media is anything to go by then the situation is getting worse. There are no apparent efforts by the false prophets of national unity to stem the assault.

On the contrary, we hear arrogant and foolish assertions such as Transport Minister Ian Borg’s claim that Labour’s electoral victory trumps concerns over institutional collapse and a faltering democracy.

Nobody is calling into question Labour’s legitimacy to govern the country. However, governments that fail to protect the rights of the people and promote the public good, can and should be resisted and replaced.

Muscat’s government has created wealth and the feel-good factor cannot be ignored. At the same time, the institutional paralysis and the culture of impunity and dependency on the power networks temporarily controlled by Labour cannot be ignored. The same goes for the growing social and economic inequalities and unsustainable economic model based on piracy which commodifies everything, from citizenship to the environment and human life.

These concerns are not shared by the majority of people and Labour’s popularity is clearly not diminished by the slow erosion of human decency and communitarianism. One day the chickens will come home to roost.

The media plays a crucial role in speaking truth to power and holding government to account. Muscat might be backed by a silent majority but the independent press cannot jump on the bandwagon and just get along with it as some are suggesting.

Using the same argument, jailed journalists in countries such as Turkey, Russia and Iran, dissidents in Azerbaijan and China and critical journalists and activists in the US and Venezuela might as well just shut up and go along with the flow. After all, Turkey’s Recep Tayyip Erdoğan, Russia’s Vladimir Putin, Venezuela’s Nicolás Maduro Moros, US’ Donald Trump, Azerbaijan’s Ilham Alijev and Muscat have one thing in common: they have all been elected in ‘free’ elections and claim to enjoy the support of the majority.

History has shown us the majority is not always right. Mark Twain once warned: “Whenever you find yourself on the side of the majority, it is time to pause and reflect.”

Had the majority always had its way, women would not have the right to vote, African-Americans would remain second class citizens, the death penalty would still be legal in most countries and Earth would still be flat.