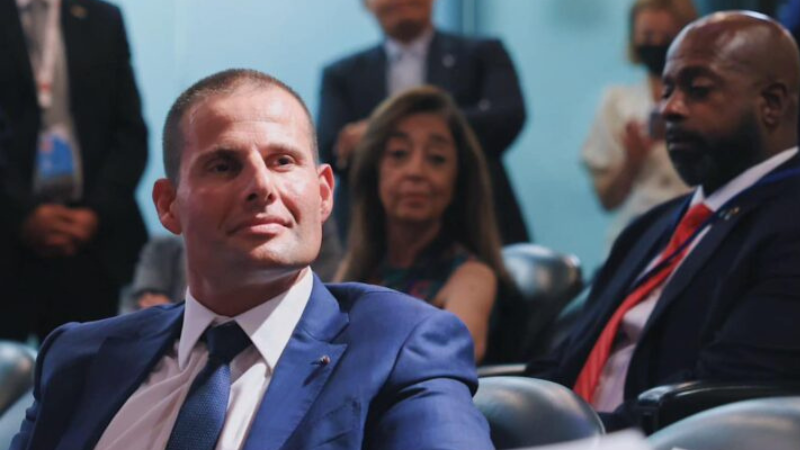 Accompanied by his wife Lydia and their daughter, Abela surpassed even the extravagant spending for the annual trip to the Big Apple that was registered by his predecessor, disgraced former prime minister Joseph Muscat.

To attend the annual UN General Assembly, Abela took an entourage of some 16 employees, primarily colleagues from his own office and some ‘friends’ who had worked for him during the campaign to take over the leadership of the Labour Party.

The trip’s most significant expense was five-star accommodation in New York for all the entourage, amounting to €53,000. Flights, which were not all in business class, cost taxpayers almost another €50,000, while transport costs in New York cost an additional €27,000.

According to the OPM, other expenses related to Abela’s visit to New York included travel allowance for all members of his delegation, amounting to almost €11,000 and some €400 spent on insurance.

For a trip to one of the most expensive cities in the world, Abela did not only take his wife and daughter for a whole week but also his Chief of Staff Glenn Micallef, former minister Michael Farrugia, his personal assistant Rachel Debono, Head of Events Aaron Zahra and his assistant Carmen Farrugia, two communication officials, Claire Azzopardi and Wayne Sammut, and four bodyguards. Wayne Sammut hosting a programme on Labour’s One TV while on the OPM’s payroll.

The Chief of Staff’s wife, Nadine Micallef, also spent the week in New York with her husband.  The OPM is claiming that she paid for the cost of her flights.

The expenses incurred by the government do not include expenses related to two other ministers, Chris Fearne and Ian Borg, who also accompanied the prime minister on the trip. They were accompanied by a total of five other assistants, from personal assistants to advisers.

In the OPM’s reply to the Freedom of Information request filed by The Shift, copies of invoices were refused. Instead, the OPM provided a breakdown of expenses, which, however, cannot be independently verified.

Abela refused to take any journalists along to report on his New York mission except for the State broadcaster. While journalists were left behind, Abela did prioritise his PR efforts, hiring a three-member private TV crew and flying them all the way to New York to capture all his and his wife’s activities. Their activities were not central to any UN discussion going on. They were PR opportunities occurring on the margins while the important decisions were being taken elsewhere despite Abela’s PR crew presenting an entirely different picture of his importance at the international gathering.

The OPM said the three-team crew hired by the OPM for the occasion were paid a total of almost €7,000.  The OPM did not specify whether these costs included the flights and accommodation expenses for Gareth Degiorgio, Ayrton Bonnici and Mark Testa or whether that was just their fee and the public carried the additional costs for their luxurious accommodation.

The OPM employs a number of videographers and photographers full-time to cover government events through its Department of Information.

Yet Abela opted to take his own personal videographers, who had helped him ‘voluntarily’ during his campaign to become Labour leader.

The new slogan for the PL.
Vote PL, benefits include high paying jobs, qualifications or experience not required
Other perks, free expensive holidays abroad. Free photography provided for your recollections.
One will also learn to have a fake smile.😉

The tiny mind of a head of a tiny country, gone full Dr Who Tardis.

Of course who wouldn’t like to go on a luxury holiday when everything is paid for by somebody else?? Shameful

Did they go shopping at Michelle’s partner accessory shop? The one who recieved money from Pilatus?

This was not done because he loves them but its sort of a bribe which will be cashed in nicely before the election with long working hours of sleepless nights. Of course these were the lucky ones because there are plenty more who are still waiting for their efforts to be acknowledged.