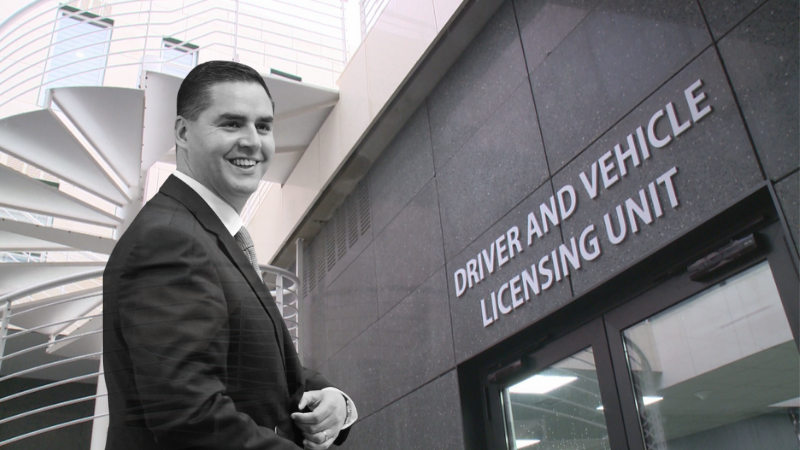 While Minister Ian Borg insists he had nothing to do with the driving licences scandal, The Shift has traced a number used to pass on messages to the accused Transport Malta official Clint Mansueto straight to Borg’s core team.

The Shift has followed court proceedings and traced a number mentioned in the testimony of a mobile services provider to discover it was answered by Glorianne Micallef Portelli – the Head of Minister Ian Borg’s customer care office.

When contacted, she admitted the number was hers. The Shift asked her why she was using the number for messaging Mansueto about who should pass driving tests. The newsroom also asked what information she would relay to Mansueto and on whose behalf.

Agitated, Micallef Portelli asked for questions to be sent by email, then hung up and switched off her phone.

Ian Borg, now foreign affairs minister, has insisted he was not the minister mentioned in court proceedings in which three Transport Malta officials are accused of corruption in driving examinations. Borg was the transport minister at the time.

A representative of Epic Communications confirmed in court that incriminating messages found on Mansueto’s phone came from a phone registered in the name of Maria Assunta Camilleri and from another phone registered to the Ministry of Foreign Affairs.

Camilleri has already been charged in court and admitted to bribing Mansueto, but the owner of the other Foreign Affairs Ministry’s phone number has not been made public until now.

When contacted, Borg refused to answer when The Shift asked him to explain how the number mentioned in court led straight to the head of his ‘customer care’ team, citing court proceedings.

A spokesperson only said, “We were informed that there is no reason for the ministry’s mobile number holder to be under investigation in relation to this case.”

The ministry provided no explanation on how it was informed of ongoing investigations.

When asked to clarify relations with Glorianne Micallef Portelli, the ministry said it was “a professional working relationship”.

The Shift is informed that Minister Borg and Micallef Portelli go back a long way to when he was Dingli’s mayor.

It is also known that Micallef Portelli is very close to Ian Borg’s chief canvasser and advisor, Jesmond Zammit.

The Shift has already reported how the Transport Malta racket, which involved the passing of names close to the Party in government for leniency during driving tests, was conceived in the offices of Ian Borg’s Ministry and Transport Malta.

Zammit or his representatives passed on recommendations to Transport Malta officials, including Rachel Debono, at the time PA to the chairman and now the Prime Minister’s secretary, and to Kevin Farrugia, Deputy CEO and canvasser of Ian Borg. The recommendations were then passed on to Mansueto for implementation.

Donald Gouder, another Transport Malta senior official and canvasser of Ian Borg, has also been mentioned in court by the police over his involvement in the scandal. He has still not been arraigned.

Meanwhile, Prime Minister Robert Abela insists that none of his ministers is involved in the corruption case.

Mafia rule B203 – when caught in the headlights of a journalist who has discovered the truth, tell him to put his questions in an email.

Makes one wonder why her number was held by people in Transport Malta who were implicated in the scandal. Did she ask them to put their communication in an email?

Glorianne Portelli was an “Assistant Ufficjal Principali” with the Dingli Local Council when Ian Borg was the Chief there.

Seeing names like that of Donald Gouder, a former Senior Manager with the Lands Authority, mentioned next to the name of Dr. Ian Borg makes me laugh, even if it should make one puke.

Don’t worry Victoria is on the case and will shortly advise us how the phone was cloned and IB and his boot lickers can be absolved of all wrong doing?

These people are all PATHOLOGICAL LIARS. ONLY GAHAN PEOPLE BELIEVES THEM.

Donald Gouder has not even been suspended from Transport Malta. One can see him everyday sitting with his gang swearing and shouting. Nobody knows what he does exactly in his position of Deputy Chief Officer for Corporate Services.

Well, his and his gang’s swearing and shouting, vindicates the ‘hamalli’ tag that Labour priviledged employees and persons of trust are given. Obviously, the ministers who employ/appoint them, carry the same engraved tag.

Mary Rose – the least ethical thing you can do, to start of with, before defaming someone, is to identify yourself and not hide behind a pseudo nickname. After that we can then start discussing your reply

Ray, please spare us your ethics lessons, how can you invoke ethics while defending corrupt labour?

Beyond the corruption, there is the fact that the ones involved have put at risk the life of all persons driving in Malta.It’s not just obtaining an extra authorisation to build a floor, but introducing people on our roads that are not suppose to be driving.
Even legally innocent, Abela and Borg bear the political responsability of a rotten administration.
In case people did not notice, selling driving licences is a typical daily corruption in third world countries, available to any citizen. It shows how deep the corruption has rooted in Malta and how cheap our lifes are being valued by our leaders.

Is it possible that the Maltese nation is so oblivious of all this corruption and bad practices??? Wake up from your slumber, Gahan!

All the same.
The Daphne Caruana Galizia assassination Middleman with connections to Kastilja, invited for coffee and given a job.
The Driving Licence to friends who may have been the cause of deadly accidents , organised through a phone contact in Ian Borg’s ministry.
Employees of the ministry beating an unknown person . It becomes public because somebody filmed the beating and put it in the public domain. The victim has not been located yet. They do not even know who the person was. Has he been got ridden of ? Boated out of Malta ? In some friend of friends custody? The exposure of this crime was never expected to happen. Not even a report was made, a proper one at least.
We have been shown the police report that is expected to be done at the district office of the place a crime happens. Since nobody can be accused of murder unless the body is found , will this follow the same line? Victim not found , no charges?