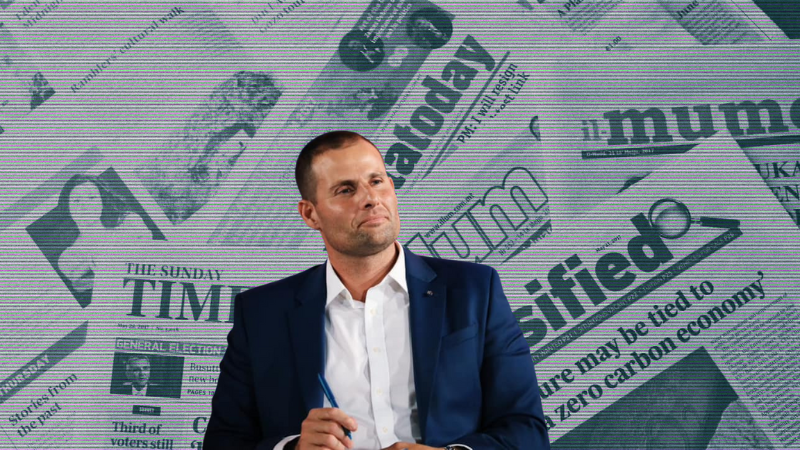 The Shift has joined over a hundred individuals, including journalists, academics and activists calling on Prime Minister Robert Abela to hold a public consultation exercise on the bills being drafted concerning journalism and freedom of expression and to publish the report by the committee that examined those bills without delay.

In a letter sent to the prime minister on 20 September, the group of signatories (including 11 editors) state that they are concerned that five years after the assassination of Daphne Caruana Galizia, the government has not held a public consultation on its proposals to strengthen journalism and freedom of expression.

Moreover, while the signatories appreciate the government’s appointment of a committee of experts, that includes journalists, the group was disappointed to realise that the government failed to publish the committee’s recommendations despite the prime minister’s promise to do so immediately.

The group also noted how the government refused all the offers of technical and legal assistance from international press freedom organisations.

The letter goes on to underscore that freedom of expression cannot be safeguarded by laws that are drafted in secret.

Adding that “without the active participation of members of the profession and, more importantly, of the public, the reforms will be drafted covertly and will not reflect the needs of society and, therefore, they cannot succeed. Without public consultation, we cannot have reforms that truly strengthen journalistic freedom”.

Letter to the IĠM

A separate letter was also sent to the president of the Institute of Maltese Journalists that expressed “concern about the ongoing process of preparing legislative, administrative, and policy reforms of journalism in Malta.”

While pointing out that the IĠM’s participation and that of Malta Today journalist Kurt Sansone in the group of experts appointed by the Prime Minister “is in good faith,” the signatories however said that “your participation in a process which lacks transparency and which has not even consulted the members of the profession is not in the profession’s best interest.”

In response to this, the IĠM said that the Committee of Experts has concluded its work on the first part of its remit and that the report containing the Committee’s feedback was passed on to the government on 1 June and added that IGM’s position has always been that government should publish the report without delay.

Concerning the criticism about the lack of consultation, the IĠM representatives replied by saying that its representatives have analysed and taken into consideration the external feedback that was made public or sent to the committee during deliberations.

However, the letter notes that the members of the Committee are bound by confidentiality and that once the report is published, the IĠM will hold a meeting with members.

Gaps in the government’s proposals

The committee of media experts was originally set up on 11 January, shortly after the Opposition had tabled 12 legislative proposals drawn up based on the recommendations made by the Daphne Caruana Galizia public inquiry board.

Rather than taking on board the Opposition’s efforts to implement the recommendations, which had unequivocally concluded that the State must shoulder responsibility for journalist Daphne Caruana Galizia’s assassination and implement a long list of reforms, the government instead tabled its proposals addressing solely press freedom.

The government’s proposals focused specifically on anti-SLAPP legislation (forced to implement because of an EU Directive), an amendment to the Media and Defamation Act to discontinue defamation cases following the death of the defendant, an increase in the severity of punishments committed against journalists while exercising their profession, and a reference to freedom and media pluralism in the Maltese Constitution.

This falls far short of the comprehensive list of recommendations that emerged from the public inquiry.

In March, a report by the OSCE (Organization for Security and Co-operation in Europe) analysing the media bill put forward by the Maltese government noted several gaps in the proposals, and list recommendations needed to strengthen both the bill and press freedom in Malta.

transparency – my foot; continuity of corruption, lies and pilferage of our nation a BIG YES.

How can such an incompetent person like ROBBER Abela become prime minister at all?

Again and again I try to find something positive at ROBBER Abela:
He is good at telling ‘good’ things that will never be implemented, which is only to throw sand in all our eyes, so that we should not see what is actually being plundered.
Cost it what it will, like the planning of a metro or 40 lawsuits to hide information.
Malta always pay it with money, with trust, with the future of our children.

Such a thing can only succeed with the experience of the ashamed Joseph Muscat.
Malta really doesn’t deserve such ashamed philistines.

How much longer do we have to put up with him and his gang?