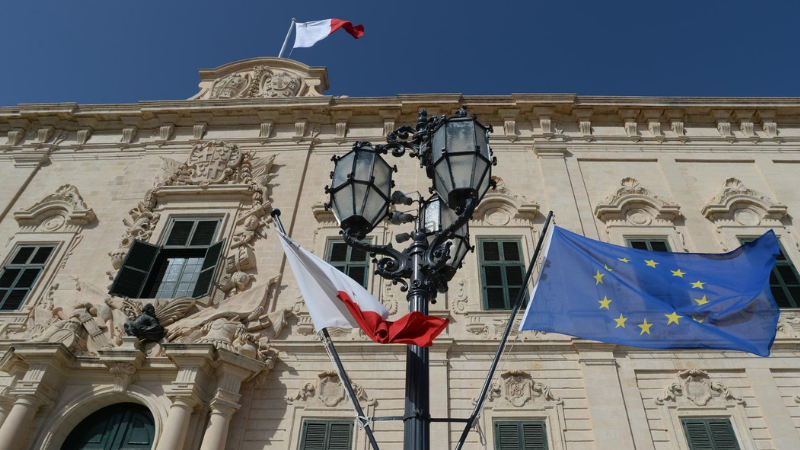 The Maltese and EU flags in front of Castille. Photo: EU Multimedia Library

If we were to list the tasks Malta was charged with fulfilling by the MEP group set up after the murder of Daphne Caruana Galizia, we’d probably see that most of the items on the list have been ticked off, by the government, as having been done.

Even if this were so (and many would disagree) it’s clear that very little has changed at ground level. The stories carried by The Shift and other media show that most things haven’t improved at all, and are just as dire as they were before.

We still have a government that protects its insiders, the so-called blue eyed boys who remain protected and whose antics, wrong-doing, rule-breaking and outright brazen corruption are defended come what may.

The stories we and others carry describe party insider who can make no mistakes. Money is no problem. Nor are there rules that protect the other side, that ensure proper right of reply, that ensure checks and balances.

We have the appearance of a country where right of law is supreme, but when you dig deeper you find this is only skin-deep. So on the eve of an election the government spends millions sending cheques to all workers and pensioners despite the glaring vote buying involved. We get people at homes for the elderly suffering from dementia being taken to vote without their relatives being informed.

We get a court of justice that appears to be entirely above board, but then most cases that are contested get thrown out by the European court. The endemic delays void any sense of justice.

We get a government that boasts of protecting the media and even comes up with a big sum to help the print media (as if the other media don’t also have money problems) but then forces this same media to spend what for them is a huge sum to get photocopies of the report on expenses incurred by candidates in the general election.

We get government and individual ministers taking out adverts, putting up billboards, organising lavish receptions and so on without many people asking where the money to pay for it all is coming from, what deals underpin this campaign, and what background agreements with the complaisant media does this involve.

It might seem that the main culprit in this state of affairs is the Maltese population itself, but things are moving. At the last election the biggest share of votes was wasted, and for the first time in many years the party that won the election was not supported by the majority of voters.

Nevertheless the prime minister promptly put together the largest Cabinet in Maltese political history, making Malta’s new parliament is the largest, proportionally speaking, in the EU.

In a few words democracy is seriously at stake. This is not new in our political history. Under the Mintoff / KMB regime this was apparent, particularly in the violence, police action and the Courts of Law.
Nowadays, it is more subtle but with the same consequences. The GWU was part and parcel of government, the same today.
KMB employed 8,000 people with government weeks before the 1987 elections. Now cheques were issued a week before elections for blatant vote buying tactics. The power of incumbancy has been perfected to it’s extreme.
The phrase, who you know not what you know has become our life’s philosophy. What a shame, we all thought that joining the EU would make an end to this, unfortunately all the PL did was to defy the EU’s directives. Malta is way more polarised today than during the MLP/Socialist/Workers Party days.
Money and greed has become our new god. Moses knows quite well what it entails.