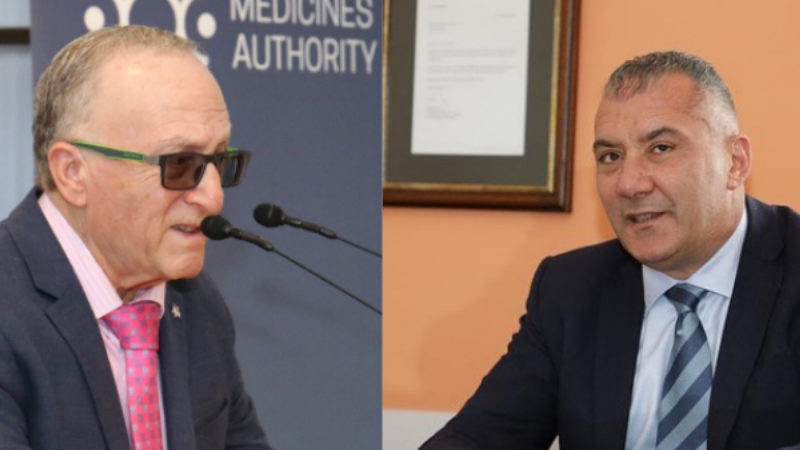 PM kept in the dark by Permanent Secretary

New Active Aging Minister Jo-Etienne Abela is reportedly “fuming” after his predecessor signed a new three-year contract for Anthony Serracino-Inglott, the 78-year-old Chair of the Medicines Authority, to continue in that role until 2025.

Government sources told The Shift that Minister Abela wanted to replace Serracino-Inglott, who has headed the authority since 2013, but was presented with a fait accompli when the contract was renewed just days before the election on the orders of then Parliamentary Secretary Deo Debattista.

The sources said the minister had made it clear to the Prime Minister that Serracino-Inglott is no longer welcome in this position, and Castille is trying to “find a solution”. The government can reportedly still remove Serracino-Inglott from his post because he is a political appointee.

When asked whether his previous contract, which comes to an end on June 10, had been renewed before the election and by whom, Serracino-Inglott  refused to reply.

Sources said the contract, which pays Serracino-Inglott €60,000 per year over and above his pension and earnings for lecturing at university, was signed by Permanent Secretary Ronald Mizzi on the instructions of former Parliamentary Secretary Deo Debattista.

Mizzi went behind the Prime Minister’s back in signing the contract despite clear instructions by the Office of the Prime Minister that such contracts should not be renewed before the election in order to allow incoming ministers to make their own appointments.

Ronald Mizzi was the former permanent secretary of disgraced Minister Konrad Mizzi and was involved in every tainted deal signed by the Muscat administration. He was transferred to Silvio Schembri’s ministry after the last election.

When asked by The Shift whether he is investigating reports about Serracino-Inglott’s conduct at the MMA, Minister Abela failed to reply.

Serracino-Inglott also gave an important position to Louise Grech, sister of the Chairman’s longtime partner Lilian Azzopardi. The latter is also Head of the Pharmacy Department at the University of Malta, which employs Serracino-Inglott as a lecturer.

Is it his wish to die as Chair of the Medicines Authority or is crave for money?

News
The cost of convenience: the real story behind Uber
While virtually every single press outlet in Malta hailed