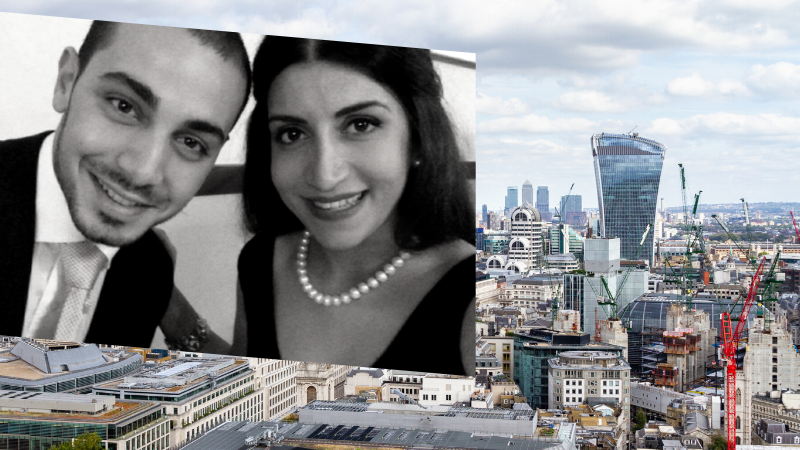 Annalise Attard, one of the most senior officials at the Medicines Authority, has been allowed to remain on the public authority’s payroll although she has been living in London for almost a year since she joined her newlywed husband, former Labour Mayor Daniel Attard, on his posting as Deputy High Commissioner to the UK, The Shift is informed.

Sources at the MMA told The Shift that Attard, the agency’s Director for Scientific and Regulatory Operations, left Malta in June 2021 to join her husband Daniel – who was given a political appointment by then Foreign Minister Evarist Bartolo to act as Malta’s Deputy High Commissioner to the UK.

The sources said that instead of resigning her job to move to London, as is normally the case in such circumstances, the Chairman and Chief Executive of the Authority, Anthony Serracino Inglott, ‘arranged’ for Attard to continue working for the MMA from her home in London.

“It is unbelievable that instead of asking Attard to move on once she decided to leave the country, an ad-hoc arrangement was made to appease her new demands so that she can keep drawing up a government salary while living for at least four years in London,” the officials said. “As if this was not abusive enough, Serracino Inglott also made sure that his former student is put on the second highest remuneration scale at the authority, so that, despite working on unspecified reduced hours, she could still cash-in a substantial income,” the sources added.

When asked, Serracino Inglott confirmed he had made these arrangements, but refused to give specific details. He said that as part of her new functions she will be working on the activities of the European Network of the Heads of Medicines Agencies – an international network which meets only once every three months, mostly remotely.

The specific arrangement made by Serracino Inglott and Attard, obtained by The Shift through a Freedom of Information request, reveals a ‘comfortable loose contract’, entitling Attard to many benefits though it makes no mention of normal employment obligations such as the number of hours she is supposed to be working per week, her specific place of work and the duration of the arrangement.

Peppered with open-ended clauses left subject to interpretation, the contract specifies that Attard be put on a scale two salary, on unspecified reduced hours. Also, no indication was given as to whom she now reports.

The Shift has also established that while Annalise Attard was recruited and granted a package of almost €50,000 at the MMA, her then boyfriend was also given a contract by Serracino Inglott to act as the MMA’s legal advisor. Both members of the Attard couple are still in their 20’s.

Daniel Attard’s contract with the MMA commenced in July 2019 and ended in May 2021 when Attard left the island to start his new job in Piccadilly Circus. During the same period, Attard had already been hired onto the government payroll as the spokesman for then Minister Evarist Bartolo.

The Shift was told that Daniel and Annelise got married just a few weeks before they left on their four-year London ‘experience’.

According to conditions for the diplomatic service, officials who are accompanied on their mission by their spouse are entitled to significant additional remuneration and benefits.

Sources told The Shift that Serracino Inglott runs the Medicines Authority as a personal fiefdom, doling out ‘favours’ to people close to power on a regular basis.

Up to the last legislature, the Authority fell under the political remit of former Parliamentary Secretary Deo Debattista. Although re-elected, Debattista has now been left out of cabinet.

I hope that the FATF will be looking at this lack of good governance, together with other similar situations.
For FATF, it should not just be ticking and bashing boxes agreed with the Maltese government and the MFSA/FIAU.
This is blatant misappropriation of public funds.
I ask: what does the Minister of Finance say about such payments? And what about the Minister for Foreign Affairs, as this comes out of the Ministry’s budget?

POLITICAL MERRY-MAKING WITH TAXPAYERS’ MONEY.
DARE YOU TRUST THEM?

It took me 18 years from my graduation to go up to scale 4 as a doctor. In those 18 years had to work long shift hours, at times 60 hours a week, and in the meantime do your training. It’s amazing how certain people go up to scale 2 hot out of the university’s lecture rooms.

As long as she is doing her job properly I see nothing wrong in her working from home, as hundreds are doing especially in since COVID.

You must be on your the gravy chain then, I on the other hand am on the tax chain.

The ever growing gravy train and everyone seems powerless to stop it!