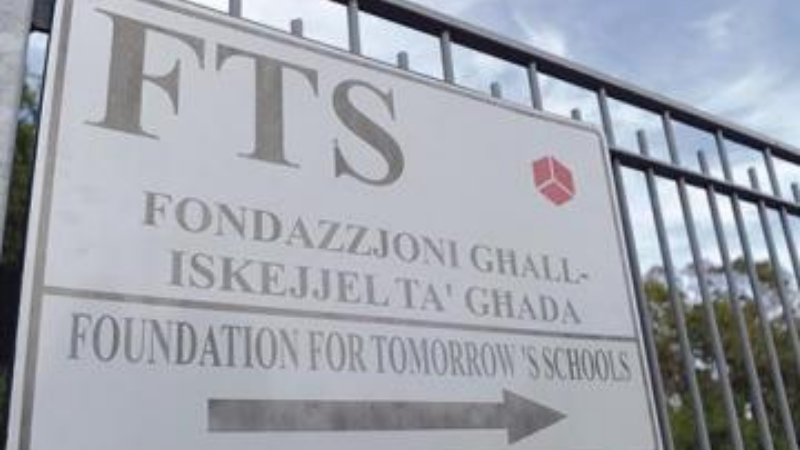 Government employees at the Foundation for Tomorrow Schools (FTS), the government agency responsible for infrastructural projects in public schools, have lost thousands in annual allowances after being short-changed by their union in collaboration with top management officials, they have told The Shift.

FTS employees, up in arms over how they’ve been treated by their employer, said that although the GWU had promised them that none of their allowances would be affected, a new collective agreement negotiated behind their backs slashed thousands in allowances they used to receive to boost their pay.

In the meantime, two FTS officials responsible for the negotiations, HR manager Jonathan Brimmer (a former executive member of the Labour Party) and GWU shop steward Maria Cutajar were promoted by management and given a personal salary increase of more than €10,000 a year.

“It is not acceptable that we were taken for a ride while those who were supposed to be looking out for our interests ended up conducting negotiations to benefit their personal careers to the detriment of all the other employees,” a senior FTS official told The Shift.

“During the negotiations of our first collective agreement, we were assured by the GWU’s section secretary, Riccarda Darmanin, that none of our allowances was going to change. Yet, after the signing of the document, we discovered that many of us are in a worse situation than we were before,” another employee, a draughtsman, said.

The Shift is informed that the allowance cuts affect most of the 50 employees currently on the FTS’ payroll, from drivers to draughtsmen, engineers and architects. The cuts range from €1,500 to €4,000 a year.

In the meantime, the two promoted employees who were involved in the negotiations, saw their salaries increase from €28,000 to €40,000 a year.

When the agency fell under the responsibility of then Education Minister Evarist Bartolo, employees were involved in a series of scandals, particularly due to alleged corruption by members of its senior management.

A former manager, Edward Caruana, a canvasser of Minister Bartolo, is currently facing criminal charges over extortion and bribery related to multi million euro contracts given by the FTS for the building of schools. Caruana was outed by then CEO Philip Rizzo who had reported the corruption allegations to both Minister Bartolo and disgraced former prime minister Joseph Muscat to no avail.

The agency, which until 2013 had set a record of building a new public school every year, has been dominated by mismanagement since.  Massive delays are reported on ongoing projects.

Right of reply: I write on behalf of Keith Caruana Borg. Given that Mr Caruana Borg is the only draftsman whose allowance was terminated, it was a natural consequence for all at FTS to assume that he was one of the individuals feeding information to the media.

My client categorically denies ever approaching The Shift or in any manner disclosing the information reported on this website. Dr Carlo Bisazza

Editorial note: We confirm that Mr Caruana Borg was not the source for our report and we condemn any attempts by anyone to hound and intimidate individuals who express legitimate concerns to members of the press.

Correction: The original article erroneously referred to Michael Sant as the chairman of the foundation deciding on the employees’ promotions at the time they occurred.