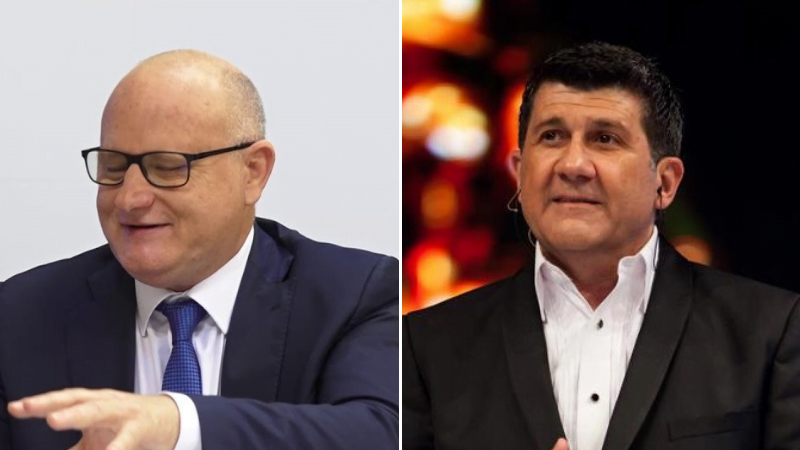 PBS decides to appeal John Bundy court ruling following pressure by Saviour Balzan, topping up a bill for taxpayers of €300,000

The decision follows pressure by Malta Today’s Saviour Balzan who used his Sunday papers to call the Tribunal’s Chair “illiterate”. In court, Bundy blamed Balzan for his dismissal.

A 2016 decision by disgraced former Prime Minister Joseph Muscat to appoint John Bundy as Chief Executive Officer of the public broadcaster has already cost taxpayers more than €300,000 in compensation and could lead to further costs to the exchequer through another ‘controversial’ PBS decision to contest the judgment delivered by the Industrial Tribunal last week.

At the same time, The Shift can reveal that a decision taken by PBS earlier this week to file an appeal against the Tribunal’s decision was taken without the consensus of the entire Board of Directors, with several members voting against it arguing there are no legal grounds on which an appeal could be won.

The decision followed pressure by Media Today editor Saviour Balzan who attacked the Tribunal’s decision in his Sunday newspapers, Malta Today and Illum, ridiculing Tribunal Chairperson Doreen Parnis calling her “illiterate” and unable to read the evidence presented in court. Balzan, who a few weeks ago said for the second time that he was retiring from his management of the newspapers, splashed his demands across the board for PBS board to file an appeal.

Balzan was given various PBS programmes on TVM including a political discussion show called Xtra, financed through taxpayers’ funds. He is being paid some €200,000 a year from taxpayer funds apart from the additional revenue through adverts.

At the same time, other independent newsrooms were ousted following coverage of the Panama Papers. Balzan’s track record in the period shows his backing of the government even after journalist Daphne Caruana Galizia’s death. He was the one to coin the term for her as “The Queen of Bile”.

In court, Bundy blamed Saviour Balzan for his dismissal, recounting how his problems with the board started soon after he decided to change the timing of Balzan’s TV show, as his programme lacked the required audience numbers and resulting in losses for PBS.

In court, Bundy said that Balzan had contacted him and told him: “You will do what I say”.

Only a few weeks ago, the disgraced former Chief of Staff of Prime Minister Muscat revealed in court how Balzan used to go at his office at Castille and “demand” TV programmes on PBS. Even his sister, psychotherapist Mariella Dimech, benefitted from the deals he negotiated.

Bundy was appointed CEO of PBS in the summer of 2016. No call for applications was issued and the PBS board at the time was not even consulted and informed about Bundy’s sudden appointment. The former PN darling faced criticism for switching political allegiance before the 2013 election when it became clear that the Labour Party would be elected.

Joseph Muscat’s decision to appoint Bundy and put him on a €74,000 a year financial package also burdened taxpayers with tens of thousands in payment to the former CEO Anton Attard who had to make way for Bundy even though he was still halfway through his contract. Attard’s appointment, too, was questionable.

Last week the Industrial Tribunal decided that Bundy’s dismissal was irregular, as he was not given the opportunity to defend himself through a proper disciplinary process over the accusations made by PBS. It ordered PBS, which is funded by taxpayers, to pay Bundy the full value of his remaining part of the contract, amounting to €226,488.