The predictions and bold statements made by Prime Minister Robert Abela on the COVID-19 situation in Malta have repeatedly been proven as either false or disproportionally unrealistic.

Statistics and data have so far contradicted most of Abela’s forecasts, leaving the public to question why the prime minister is stubbornly insisting that everything is still ‘under control’.

The government’s initial handling of the pandemic was praised and noted internationally. Health Minister Chris Fearne’s efforts to have Malta lead other countries in the fight against a pandemic was a success, at least initially.

When the numbers reached an all time low, Abela was quick to announce ‘Malta’s victory over COVID-19’. Time would prove that the battle against the pandemic was far from over. And his latest commitments to the public on vaccines and economic recovery have also been slammed by experts.

When numbers were seemingly under control before the summer, medical professionals were warning of a possible second wave. Abela completely dismissed the warnings came up with his infamous statement that “waves are in the sea”.

In the face of this mounting criticism, including Malta’s Superintendent of Public Health Charmaine Galea, the government resorted to using its two most influential tools to reiterate that the situation was ‘under control’ – the governing Labour Party’s television station (One News) and the national broadcaster (TVM).

The narrative may have worked to make the situation worse. Abela’s forecast did not only fail to hit the mark, but the country is still struggling to get back on its feet after the second wave, as it braces itself to face the third one. 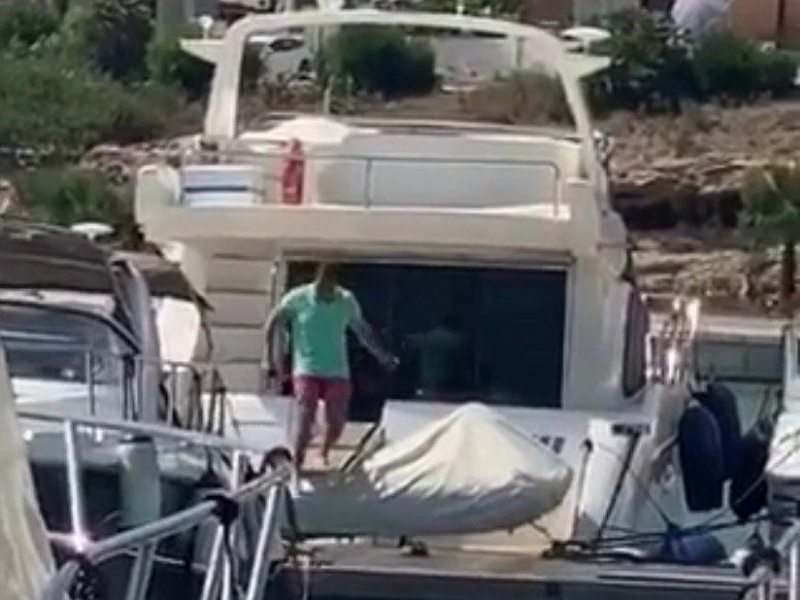 In order to keep the economy running, with advice from lobby groups now clearly wrong, Abela kept repeating the same phrases before last summer: “We are staying open for business” and “I want people to enjoy summer”.

If it were for then-Tourism Minister Julia Farrugia Portelli, it would not have only been the Maltese who enjoyed summer in Malta, but thousands of party-goers from all over Europe – she was all set to promote Malta as the holiday destination for summer 2020.

It was only after public outcry, following a pool party held at a hotel at the start of summer that led to a spike in infections, that the idea was abandoned.  The Shift outed the group of companies which were benefitting from the government’s push – the same companies happened to be a close knit group of friends who had already pocketed hundreds of thousands of euros in government sponsorship for previous events thanks to the Malta Tourism Authority’s Head of Events, Lionel Gerada, who was clearly keen on ignoring the pandemic. Photo from The Hotel Takeover party, which led to a spike in coronavirus cases in 2020. Photo: Facebook.

Tourism during the month of August decreased by 66.2% and statistics also show that tourist expenditure decreased by more than 70%. The risk to the population by opening up tourism with limited controls seems to have outweighed the benefits.

The arrival of the much-anticipated vaccine was heralded by the prime minister as a return to normality. The government took credit for an EU-wide effort to deliver vaccines to Member States.

Abela was also quick to say that herd immunity would be reached by next summer. But medical professionals have clearly pointed out that this is a difficult task given the slow rollout rate of the vaccine in Malta.

While praising the Health Ministry’s efforts to secure enough doses for the Maltese population, the doctors’ association has calculated that a predicted rate of 5,000 jabs per week meant that it would take three years for the whole population to receive the vaccine.

In the first week, only 1,400 people were vaccinated. The Health Minister recently announced that by the second week on the vaccine rollout, some 4,000 had received the jab. Economic recovery by May

Speaking on the Labour Party radio, Abela came up with a fresh, jaw-dropping prediction that the Maltese economy will recover and everything will back to business as usual by May.

This statement goes against predictions made by the majority of other EU leaders who have clearly stated that the European economy might return to pre-COVID-19 level by 2023.

The Shift even spoke to veteran economist Lino Briguglio who explained that predictions at a time of uncertainty caused by a pandemic are simply “conjecture”. He said it would be unwise for popular leaders to give false hope.

Meanwhile, while the Prime Minister tries his best to depict a close-to-perfect picture, 230 people have lost their lives to the virus. Malta also experienced a record number of new infections on Saturday with 245 new cases.

Doctor Abela needs to demonstrate that he is an effective “leader”, his own man, the party first governor, and not a beleaguered clone of JM. He knows as much about the economy as he does about Covid19, and we all know just how much that is. To maintain the voting share he is prepared to sacrifice the elderly and vulnerable, with scant regard for the remaining population. The handouts from the incompetent EU will stop soon, IIP will be terminated, and tourism is a couple of years away, so there will be no easy money,Unemployment will begin its inexorable rise now and for most of the year and there isn’t enough cash to sustain the coupons and handouts he’s been giving away. By my reckoning Doctor Bob should diagnose the problems he is incapable of resolving and fuck off somehwere in his yacht to Sicily, Mafia homeland.

Agreed. Mafia consigliere Abela took to public service like a fish out of water.

The democracy of knowledge