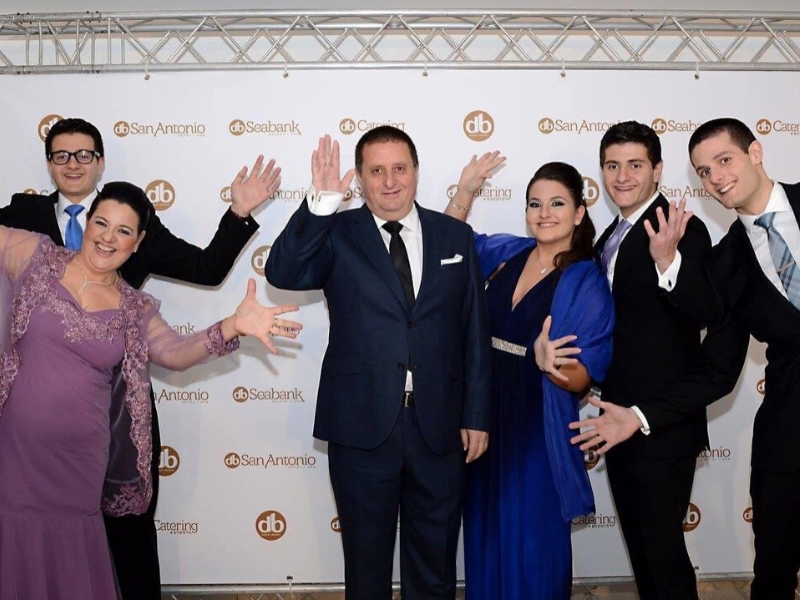 A massive public relations campaign is presently underway by Silvio Debono’s DB Group about their ‘City Centre’ project on the former International Tourism Studies (ITS) site in Pembroke.

The controversial tower project has been linked to claims of corruption and political favouritism for more than four years now. Its planning permit was revoked by the courts one year ago after The Shift had revealed that one of the Planning Authority’s Board members voted in favour of the project and was involved in the sale ‘on plan’ of apartments before it was given the go-ahead.

In March this year, the National Audit Office (NAO) published a scathing 247-page report, slamming the way the land was transferred from the government to DB Group. The report, due to its length and unfortunate timing, appears to have gone largely unread.

The DB tower project had a record number of objections, as more than 16,000 residents, local councils and environmental NGOs filed their complaints with the Planning Authority (PA). Undeterred by this, as well as the contents of the NAO report, DB Group is now pushing forward with the project and filed a new planning application.

In parallel, it has unleashed a massive PR campaign that focuses on selling the revised plans that no one has seen yet while appearing to address issues raised in the report by the NAO. A fact-checking exercise of DB Group’s claims by The Shift revealed that the adverts make false or, at best, misleading claims about the conclusions of the NAO report.

These are how some of the main claims check out:

DB’s claim: “The public Request for Proposals (RfP) for the project was found to be in full conformity with all applicable local laws.”

The NAO was particularly critical about the RfP issued by Konrad Mizzi’s Projects Malta in late 2015 and questioned its legal validity.

The report noted the government had designed the disposal of the site as a “works concession” rather than using the usual – and potentially more onerous and transparent – process under the Disposal of Public Land Act through the Government Property Division.

While the NAO also had its reservations about this classification, it went on to analyse the legality of the RfP issued by Projects Malta as a concession.

At the time, Projects Malta was not listed in Malta’s public procurement laws as a ‘contracting authority‘ and, as a result, a concession of this type and value had to be done through the Department of Contracts. This was not done, and the government did not even seek authorisation from the Department of Contacts.

If a public call is found to have been null, then this could have serious repercussions on the validity of transfers implementing that public call.

The NAO described this as “a serious shortcoming that casts doubt as to the regularity of the RfP”.

Projects Malta, which issued a number of other controversial RfPs at the time, such as that for three of Malta’s public hospitals, was only added to the list of contracting authorities that could legally issue and award RfPs in October 2016 – a full eight months after DB Group was announced as the “preferred proponent”.

Legal practitioners consulted by The Shift noted that, if a public call is found to have been null, then this could have serious repercussions on the validity of transfers implementing that public call.

In other words, if Projects Malta could not issue RfPs in 2015, the RfPs issued then and what happened as a result of those “public procurement” process could be questioned.

The NAO has no legal remit to look into private entities – this was raised by the NAO itself in submissions to the President as something that needed to be addressed in upcoming constitutional amendments. The NAO’s power is limited to reviewing public bodies and their handling of public funds.

The audit focused on two things:

In each case, the NAO had serious concerns. Silvio Debono (left) at a pre-electoral ‘pasta night’ organised for Clayton Bartolo (right) at DB’s Seabank Hotel. At the time, Bartolo was one of the government’s representatives on the Planning Authority who voted in favour of the development.

This convoluted relocation process was ‘project managed’ by Beat Ltd, an advisory company owned by David Galea, Mizzi’s close collaborator, and Philip A. Tabone, whose son was CEO of Smart City at the time. In fact, the new ITS campus was eventually set in Smart City at a total public cost of around €80 million.

Three years down the line, the ITS is still “temporarily” based at Air Malta’s former Luqa offices. A total of €5.5 million has been spent to adapt the premises to the needs of the school – €3.5 million of these were paid by DB Group despite any evident contractual obligation.

The NAO was also uncharacteristically scathing about the RfP as well as the award and negotiation process with DB Group.

It pointed out that feasibility studies or site valuations were not undertaken by the government before the RfP was issued or the evaluation stage, essentially giving bidders a carte blanche.

It was also unable to determine exactly who drafted the RfP, although multiple parties appear to have contributed, ranging from controversial advisory firms Beat Ltd and Nexia BT to OPM ‘advisor’ Alex Sciberras – the son of former judge and Labour MP Philip Sciberras and himself a member of the Labour Party executive.

It was not advertised abroad, aside from a short note in the EU’s Official Gazette under the misleading title of “Malta – Sliema: Hotel Equipment”.

The contract notice advertising the concession in the EU Official Journal misleadingly described the project as relating to the supply of “hotel equipment”.

Potential bidders could only find out that the project included the possibility of building residential apartments, a pivotal element that rendered the project commercially viable, by paying €10,000 for a copy of the RfP.

Only three paid the steep fee to get their hands on the RfP:

By the deadline, only one proposal was actually submitted – by DB Group to build over 200 luxury apartments and penthouses that would be sold mainly “on plan”.

After the tender was awarded the government went on to negotiate the price of the land with DB Group and the final contract – a process that the NAO said was highly unusual.

Negotiations were supposedly handled by a three-person negotiation committee but they were actually taken care of by Sciberras and no minutes of meetings or negotiations with DB Group were recorded.

DB’s claim: “DB Group is paying the government €60 million for the ITS site, the highest price ever paid per square metre for a comparable project in the last 20 years.”

Deloitte carried out a study on the 99-year concession based on what DB Group was proposing to build on the land – luxury flats and a hotel – and arrived at the figure of €56 million.

But DB Group is actually paying €15 million, which amounts to the premium, plus an annual ground rent of around €392,930 for the hotel and some other areas. This price is calculated based on what DB Group builds, so if it downsizes the project it pays less. By way of comparison, DB Group’s original ‘low ball’ proposal in response to the RfP was for an “upfront payment” or premium of €6.5 million payable over five years and an annual ground rent of €105,000.

The remainder of the “price” (amounting to just under €30 million) that DB Group is referring to would, in fact, be borne by people purchasing the luxury apartments through ground rent, conversion charges and redemption of the ground rent. DB Group’s original proposal did not even deem these relevant (since they are paid by third parties) and just included these in passing.

The price touted by DB Group also does not factor in the €2 million spent from taxpayers’ funds to do up ITS’s temporary premises, the €80 million to be spent on ITS’s new premises at Smart City and the multi-million euro investment in infrastructural costs, also borne by the public, to service the tower project that includes a new road and tunnel.

DB’s claim: “EU Competition Commissioner, Margrethe Vestager, confirmed that there was no reason for her to investigate the RfP procedure.”

The EU Commission noted that it was not able to investigate the process under State Aid provisions since it was neither notified by Malta of the proposed State Aid nor was a complaint filed by an aggrieved competitor.

Corinthia Group could have filed a complaint but it told the NAO that it decided to concentrate on developing its own land, adjacent to the former ITS site and which got its own beneficial deal from the government.

In 2018, Corinthia announced that it was availing itself of the “innovative” pricing model used for DB Group to turn its current hotel into a 6-star complex with accompanying luxury apartments for sale. Corinthia Group, a competitor of DB Group, chose not to bid for the ITS site and instead got its own “good deal” using the precedent set for DB Group.

Based on the precedent set for DB Group, this would entail lifting the restriction imposed on it by the government on residential developments against the payment of a similar premium paid by DB and annual ground rent.

Corinthia had good reason not to complain.

DB’s claim: “DB Group is investing €250 million in the project, one of the largest private investments by an individual in the history of Malta.”

While DB Group’s 10-year projections forecast capital expenditure in the region of €200 million to build the project, the terms of the concession allow it to hypothecate the former ITS site to banks or for a bond issue for up to €250 million to finance the construction of the project.

In other words, DB Group is using prime government land bought for €15 million to raise the finance to build. The group’s proposal forecasts a net profit for the group of over €130 million for the first 10 years of the project.

It is clear that db group use smoke and mirrors to enforce their Chairman’s plan to create maximum profit for him and his family, under the guise of creating jobs. Ask him who will own the penthouse atop the tower when it is done.

It looks bad because it is bad