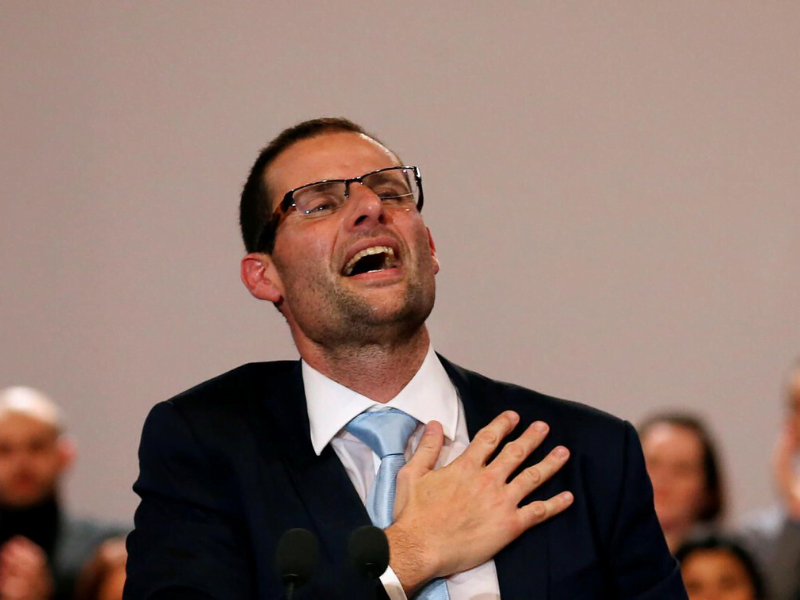 Robert Abela was consultant extraordinaire to former Prime Minister Joseph Muscat during his golden years, endorsing deals, shady or not, that the Kink devised and finalised.

Answering a parliamentary question by Opposition MP David Thake, Abela as prime minister, refused to disclose any details about his consultancy. “This is a confidential matter,” he said.

Abela and his wife’s contracts were always handsomely paid, so there is no reason to doubt that he got any less for his consultancy services to the man crowned as the most corrupt person of the year. Yet, our prime minister believes that we, the taxpayers, cannot know what was paid with our money.

Our prime minister’s track record so far reflects his obsession with proving that he is photogenic, perhaps a remnant from his bodybuilding days in tight pants.

He rarely misses a photo opportunity, be it touching elbows with an old man in a wheelchair at a health centre where Abela wore no mask, or talking to a crowd of journalists, photographers and cameramen, again without a mask (obligatory) and failing to observe the social distancing advised by health professionals.

He has consistently proved he is unable or unwilling to differentiate between his role as a government official and Party Leader. Even in official government activities and press conferences he always dons his Labour Party hat, sometimes adding the Party flag for good measure.

Now, Abela has invited Muscat to advise him on the rebirth of the economy in the ‘new normality’ expected after COVID-19. Nobody took Muscat too seriously.

Abela didn’t stop there. He also asked Neville Gafa, like his master before him, to intercede with Libya on migration problems, or rather push backs. Gafa is no diplomat, caught out meeting a war lord on a supposedly unofficial visit – but that’s how we do things in Malta.

It’s like Pablo Escobar giving advice to the Pope on how to manage the Vatican’s treasures.

Is Muscat being paid for his input, or is his worthless advice payback for other funds we’re giving him that we don’t know about? The Muscat family needs funds. On Muscat’s salary, they should barely have enough to pay for their children’s expensive school fees, let alone his wife Michelle’s dreams of being a fashionista.

Michelle now has a job, on marketing and public relations with Dizz Group – their fortunes are intertwined so she’s actually pushing forward the family’s investment (not that they had anything to invest according to what her husband told parliament in his declaration of assets).

Nothing has changed at Castille – that is what Abela meant by “continuity”. Muscat is still pulling all the strings, while Keith Schembri and his wife continue to cash in on deals, and Konrad Mizzi went into hiding and nobody seems to be bothering him too much.

Abela will never investigate Muscat. Summoning him to Castille proved that Muscat, under a Labour government, will not be touched. Meanwhile, we are still waiting for Abela’s leadership on decisions about policies to be adopted, the recovery of Malta’s reputation abroad, his fight against corruption, his commitment towards free speech and his compassion towards people in danger of losing their lives at sea.

Inquiry criticised for not delving into relations between Fenech, young lawyer