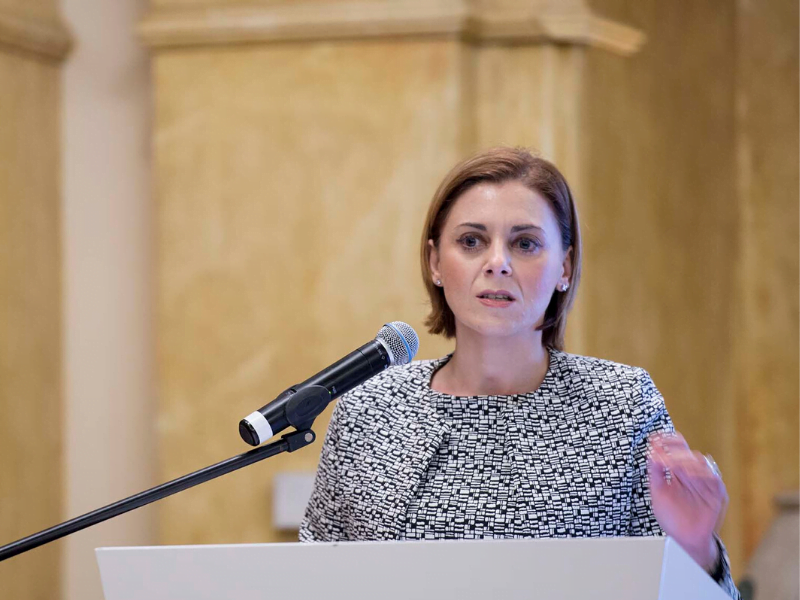 Former Gozo Minister Justyne Caruana has applied for a public tender to provide legal services to the Local Council of Qala, according to official documents.

Caruana resigned as Gozo Minister in January following revelations that her husband, former Deputy Police Commissioner Silvio Valletta, had friendly ties with Yorgen Fenech, accused of being the mastermind behind the 2017 assassination of journalist Daphne Caruana Galizia.

Caruana’s husband even passed on information to the Fenech when he had occupied a central role in the investigation, testimonies in court have revealed. Valletta was removed only after a battle in Court by Caruana Galizia’s family.

Since then, Caruana has stayed on as a government backbencher in parliament.

The financial value of the tender applied for by Caruana is set at €3,600 for one year, and can potentially be extended to four years. The tender invitation closed on 6 March and is currently under evaluation.

Screenshot of tender applied for by Justyne Caruana.

Following her resignation, Caruana was also appointed as the new chairperson of the Consideration of Bills Committee under Prime Minister Robert Abela’s governance, merely a week after handing in her resignation.

Besides her application raising concern due to the reasons that led to her resignation, last July the Commissioner for Standards in Public Life George Hyzler published a report as to why he believes the engagement of backbench MPs is fundamentally wrong.  “Among other reasons, it makes MPs financially dependent on the government; it undermines the autonomy of parliament, and it aggravates the questionable practice of appointments on trust.”

“Democratic principles require that parliament should be capable of holding the government to account, but parliament cannot fulfil this role effectively if backbench MPs are financially dependent on the government,” Hyzler said.

The report by the Public Standards Commissioner found that two-thirds of all backbench MPs held appointments or contracts in the public sector.

Another report by Hyzler published in November proposed that MPs should be disqualified from the House of Representatives if they accepted contracts “of any kind” from the government or public entities. This report, which was handed to President George Vella following a constitutional reform call of submissions, included various proposals to change the Constitution in order to “improve standards in public life”.

In January, The Times of Malta had reported that Caruana’s husband, former Deputy Police Commissioner Silvio Valletta, had gone on holiday together with Fenech while the Caruana Galizia murder investigation was ongoing in September 2018.

Fenech was identified as a suspect in the murder as far back as May 2018 and Valletta was taken off the case one month later, in June 2018, following a constitutional case initiated by Caruana Galizia’s family.

Following this report, revelations also emerged that Europol experts found a video on Fenech’s phone showing Valletta “fooling around” in Fenech’s Rolls Royce. Since then, information depicting the close ties between Valletta and Fenech have continued to emerge in Court sittings.

The Shift has reached out to Hyzler for his comment regarding Caruana’s tender application.