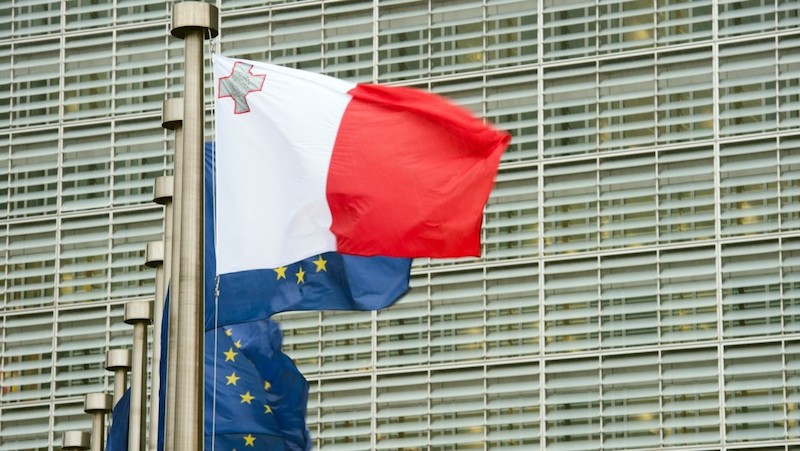 The European Union is built on trust and on justice so the Commission will continue to monitor the situation in Malta and it will not hesitate to take action,  said the Commission’s Vice President for Values and Transparency Vera Jourova during a debate on the rule of law in the country at the European Parliament.

“The people of Malta demand truth and justice. And we stand with them,” Jourova said.

The people of Malta demand truth and #justice. And we stand with them. #DaphneCaruanaGalizia #EPlenary @EP_Justice pic.twitter.com/Cv3KWeAUSB

The motion for a resolution on the Rule of Law in Malta following recent revelations around the murder of journalist Daphne Caruana Galizia was put forward by MEPs Sven Giegold (Greens), Sophie Int’ Veld (Renew Europe) and Roberta Metsola (PPE).

Metsola, the PN Head of Delegation, stressed that the corruption and criminality in Malta was the result of “a criminal network” that has chipped away at the foundations and values of the Republic, led by a Prime Minister who refused to resign.

She said the Maltese government had run a taxpayer-funded disinformation campaign to threaten, intimidate and denounce its citizens. “They call us traitors, but we refused to give in. We want the world to know that we are not all cut from the same cloth. In Malta, people are taking a stand and refusing to give in.”

Metsola mentioned members of Caruana Galizia’s family by name, saying they had shone a light that “even the darkest of forces that could not extinguish”.

It's almost as if Keith is still writing their speeches. The more they speak the more they sound like that infamous Iraqi Minister of Information.

“We must have accountability. Then we need a massive programme of reforms because, after Joseph Muscat, nothing will be the same again,” Metsola said.

Muscat’s refusal to resign meant another 30 days of him influencing and contaminating the investigation, she said. This point was also stressed by Int’ Veld, who led the MEP mission to Malta two weeks ago in which cross-party members met with government and law enforcement officials as well as civil society organisations and journalists.

She said what the MEPs witnessed had not reassured them, or address their concerns. Stressing the urgency of action required, she said: “We have to realise that we are dealing with hardened criminals ready to kill. They will not be impressed by what we say. They are criminals. Criminals all the way up to the office of the Prime Minister.”

The presumption of innocence should not become the pretence of innocence, the MEP added, referring to the risk, real or preserved, of those in power meddling with the investigation.

“We are here today not just to condemn a murder but to discuss the responsibility of EU institutions,” she said, slamming European leaders last week for refusing to discuss the situation in Malta.

“Have we done everything we can?” she added. “The question is, at the end of this, will we be able to look into the eyes of the family of Caruana Galizia.”

I have never been more ashamed of @MaltaGov + the failures of our institutions which allowed #DaphneCaruanaGalizia's murder.

But the real Malta is not its government. The real Malta is the strong, resilient people protesting in the streets. And I stand proud with these people. pic.twitter.com/aJBpWsHysy

“The real Malta is the strong, resilient people protesting in the streets. And I stand proud with these people,” Casa said.

PL MEP Miriam Dalli, who has recently withdrawn from the Labour Party leadership race, referred to the assassination as “an act of terror that rocked my country”, saying that action must be taken against all those reponsible, whoever they are. She then went on to defend “the reforms” implemented by the government.

Dalli said “some” judicial reforms had been implemented, and the recommendations of the Venice Commission were in the process of being implemented. Yet, the lack of progress on these same reforms has drawn harsh criticism from a number of European institutions, most recently the Special Rapporteur for Parliamentary Assembly of the Council of Europe.

The resolution debate at the European Parliament even referred to Keith Schembri, the former chief of staff of the Prime Minister who “was privy to information in security briefings by the police and the Maltese Security Service”. It notes Schembri resigned on 26 November following an interrogation by the police over the Caruana Galizia case, and that he was rearrested, questioned and released several times by the police without charge since then. An arrest warrant was issued in Malta for Schembri while the debate on the resolution was ongoing, after he failed to turn up for the court case involving suspected mastermind Yorgen Fenech. The police descended on his home following the arrest warrant issued.

Nevertheless, Dalli said the European Parliament “must not rush into prejudgment” to take action but instead to look at the Maltese government as “one that listened”. She repeated the line of attack against Opposition MEPs by saying they had an interest in tainting the country’s reputation. She was criticised online for her comments, which were along the same lines like those made by the other two Labour MEPs.

"Shouldn't rush into judgement" @Miriamdalli – most laughable understatement on the situation in Malta. Also frames the debate as an attack on the Maltese. No, Miriam, it is about the failure of your government and the murder of #DaphneCaruanaGalizia – who was a Maltese citizen.

The vast majority of MEPs, apart from the three Labour MEPs, raised the Maltese government’s failures, its interference in the investigation, the safety of journalists in Malta, hate speech against citizens, the divisions created by those in power ‘to hide their crimes’, and references to those who killed Caruana Galizia sitting in the Prime Minister’s office.

EPP vice-chairman Esteban Gonzales Pons said: “Those who planned her assassination may have silenced her voice. But they inspired thousands of people to speak out. And thousands can’t be silenced,” he added.

“If your office, the office of the Prime Minister, has been involved in a murder. What else do we still not know? You must step down,” he said, referring to Muscat. “This is not about you anymore. It is about Malta. In this dark moment in the history of Malta the European Parliament stands together with the Maltese people. You’re not alone. Truth will be revealed. Justice will be done.

He went on to state that every day that Muscat remained in power was “a slap in the face” of the people of Malta. “Journalists from all over Europe are looking at you. Every day that you remain in office is a shame to democracy and an offence to the memory of Daphne Caruana Galizia.”

Powerful speech by Vice-Chairman @gonzalezpons on the Rule of Law in #Malta. To the Maltese people: "Your voice is our voice. Your fight is Europe’s fight. And we promise you: Truth will be revealed. Justice will be done." #DaphneCaruanaGalizia pic.twitter.com/iqXP5mDp3J

Greens MEP Sven Giegold, who was part of the European Parliament’s mission to Malta two weeks ago, spoke of “an alarming stagnation of the investigation into corruption and money laundering ” despite a long list of wrongdoings.

Slovakia MEP Vladimir Bilcik, where journalist Jan Kuciak and his fiancee were murdered, said their case had made progress but has also not been entirely solved, insisting that only political change would create real progress.