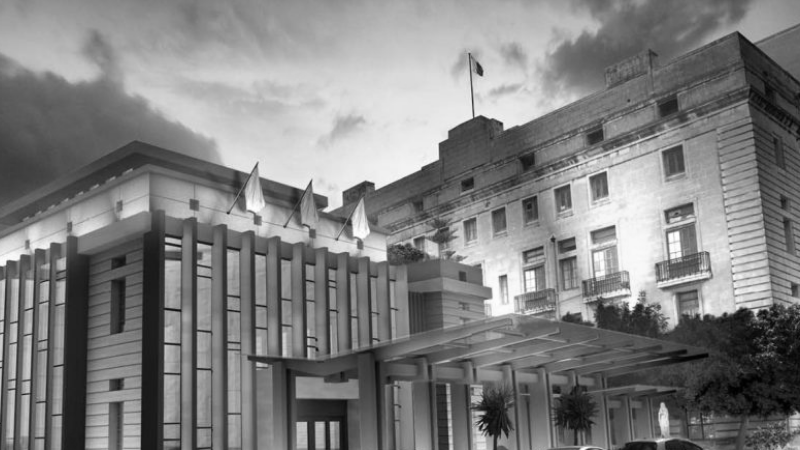 Minister Konrad Mizzi struck an “inadvisable, underhand deal with a questionable group of businessmen, who subsequently made inordinate profits at the expense of the Maltese taxpayer”, according to the assessment by the Council of Europe’s Special Rapporteur Pieter Omtzigt.

His report, adopted on Wednesday by the Legal Affairs and Human Rights Committee, draws into consideration major scandals that have hit the government since the Labour Party’s election to power. The fact that investigations on what was revealed remain pending or non-existent, while public contracts remain hidden from scrutiny, contributed to the Rapporteur’s conclusions.

Omtzigt states that Mizzi negotiated a suspect deal with people with no proven experience in the sector “through an unbalanced contractual relationship” that granted them as much as €150 million before they proved “incapable of meeting their obligations and selling out”.

He also notes evidence that shows the government promised the contract before the bidding process even began.

The Council of Europe report notes there are similarities in the deal with Vitals Global Healthcare on three of Malta’s public hospitals, and the one with Electrogas that contracted the supply of LNG by Azerbaijani State-controlled company SOCAR for 18 years at prices far above the market rate.

The players and the backroom deals

The Council of Europe report notes that in April 2013, “disgraced” former European Commissioner John Dalli returned to Malta and was appointed government consultant on health.

A due diligence report, published by Daphne Caruana Galizia, stated that in 2013-14, the Prime Minister’s Chief of Staff Keith Schembri, the CEO of Projects Malta (under Mizzi’s control) and “a very senior former Maltese minister” (whom she took to be Dalli) had sought to persuade a Dubai-based healthcare company and other sub-contractors to enter into a contract with VGH. The former minister was said to have “laid out the plan of action to ensure victory for their consortium”. In March 2014, Prime Minister Joseph Muscat made Mizzi Health Minister (in addition to energy). The investors behind VGH signed a memorandum of understanding with the government in October of that year, the report notes.

That was several months before the call for proposals was made for the concession.

The November 2014 Memorandum of Understanding signed between the hidden investors referred to an agreement already signed with the Government of Malta including a detailed description of the project.

In March 2015, Projects Malta issued the call for bids to develop and run three hospitals. Three months later, Mizzi confirmed that a joint bid by VGH and Bluestone Investments had been successful. The government announced that the 30-year deal, signed in September 2015, would result in a €200 million investment that never occurred.

For the first six months of the contract in 2016, VGH received more than €16 million in payments. In 2017, it received €18 million. On the last day of Parliament for 2017, the government got approval for an additional €17 million to be passed on to VGH for the same year.

The approval for the doubling of funding arrived just a day before the government made the announcement that VGH was being sold to Steward.

Investigations by The Shift News revealed that at that time a key company in the VGH chain faced insolvency (bankruptcy) charges in the British Virgin Islands (BVI). Discussions on the sale of VGH to Steward started a month after legal action was taken in the BVI.

“Mizzi’s Projects Malta has refused to disclose who sat on the committee that selected the VGH bid,” the report notes, also addressing the complex web of companies set up around the deal.

These offshore companies, revealed as a result of an investigation by The Shift News, appear to have been established to extract ‘commissions’ from the Maltese companies holding the concession in Malta. Last week, The Shift News also revealed that nine of the companies set up were put into liquidation (no longer needed) suggesting that the ‘termination fees’ referred to in the deal with Steward Healthcare had been paid to the original investors behind VGH. Steward Healthcare got the concession worth some €70 million a year for only €1.

The report refers to “suggestions” that the owners of VGH awarded subcontracts to companies that they themselves owned. The Shift News has shown how the companies in Jersey secretly funded the takeover of Technoline Ltd (medical and pharmaceutical supplies) and acquired Mtrace plc (radiopharmaceuticals) and then proceeded to award them exclusive distributorship agreements. Excerpt from the Steward VGH SPA indicating the $5.14m loaned by Vitals Jersey

The report also notes the back and forth by Steward Healthcare’s Armin Ernst, who still refuses to address pending questions on the deal.

“It is regrettable that Mizzi and Schembri failed to respond to my requests to ask them about the above matters,” the Council of Europe Special Rapporteur notes.

In 2017, the Prime Minister said Schembri would resign if a magistrate found enough evidence for a criminal investigation. The report notes: “This is duplicitous: the three magisterial inquiries are themselves a form of criminal investigation and alone should be far more than enough to engage political responsibility and justify resignation or dismissal”.

Even after the 17 Black inquiry was extended to include also the Panama Papers-related allegations against Mizzi or Schembri, the Prime Minister continues to insist that he will not consider acting on “established, uncontested facts” until the inquiries are finished, Omtzigt states.

He adds: “In countries including Spain, Iceland and Mongolia, politicians resigned when their names appeared in the Panama Papers. In Malta, they enjoy the protection of the Prime Minister”.

The Auditor General is investigating the deal. NGO Repubblika also asked the court last month to order the opening of a magisterial inquiry.

As well as the VGH and Electrogas deals, the report highlights Malta’s cash for passports scheme, igaming and crypto industries, and lax money laundering enforcement as a “source of vulnerability for all of Europe”.