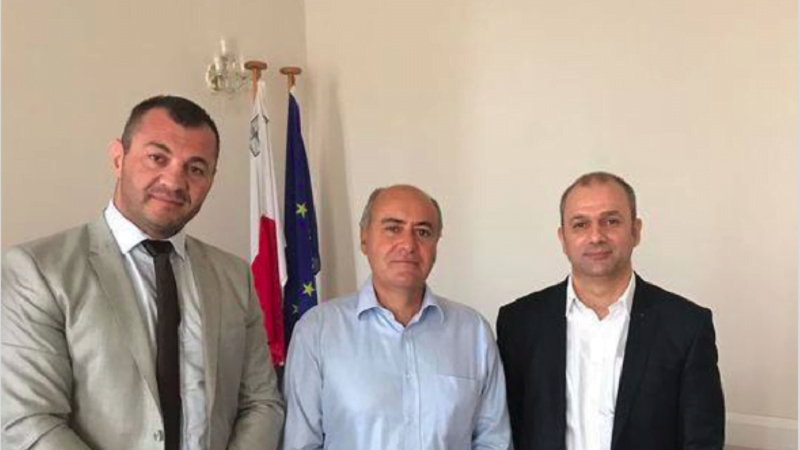 Herrera, where is your accountability?

While the white flags are being torn apart in the strong winds along our beaches, the plastic washed up by the sea has been a constant reminder about the presence of greenwashing on our island.

As the man behind the White Flag idea jet sets around the world as seen by his own photos on social media, questions remain on the money paid to the scheme. Was a cent even invested in Malta? What exactly did we get? More so, why is our country still the main focus on their web site?

Herrera has confirmed in an email to me that “action will be taken”. He did not even try to explain what action is being taken, or ever will be. It’s like the Ministry is hoping for this very embarrassing scandal to go away.

I’m sorry to inform the Minister that it won’t. People are still trying to understand how an Environment Minister could be fooled to believe that the ocean could be plastic free after one clean up. Gnejna Bay, a few hours after it was ‘awarded’ a White Flag.

In some cases a clean up wasn’t even done, yet the flag was raised. Herrera is very aware of this since he was present at Żurrieq, when the clean up was not done due to strong wind.

Why didn’t the Ministry find it odd that no one was invited to take part in these clean ups, in many cases not even the local council or its Mayor? There wasn’t a word about the events, but afterwards there were a lot of articles. The only reason I can think of is that they didn’t want anyone there with a critical mind.

I happened to be at one of these sites when a flag was raised and I wasn’t the least impressed. Not even an hour’s clean up, followed by a few men and women in suits holding a speech about how the area is now declared plastic free. I was in the background picking micro plastic hoping to wake up from the nightmare.

I have to admit that even I was fooled to start with, but the moment I heard them declaring oceans plastic free and charging €25,000 for it, I knew something was not right. Neither did these guys know much about the environment when you spoke to them. They avoided the topic and referred to their web site.

The conversation with the source on the money paid for White Flags in Malta to an account in Zagreb, Croatia.

For €25,000 you can get a full time diver for a whole year, if not two. They would clean the seabed for hours per day, and probably the beaches too in between dives. The Minister said he met Croatian Kristijan Curavic and the idea sounded good enough. And since, according to Herrera, he supports anyone wanting to do good for the environment, he decided to fully endorse this scheme.

Just like that, not even googling this guy or the scheme. Because if he did, he would realise that they have little credibility and also some worrying fraud accusations against them.

Malta is advertised on the White Flag International homepage as “the first plastic free country”. There are photos of government members, the President and even the Chairman of BOV lining up for a picture with Curavic. The web site even highlights President Marie Louise Coleiro Preca as a keen ambassador.

The igaming companies who sponsored the flags were most likely lured by the endorsement of the Ministry. But they got their logos removed soon after the scandal was revealed by The Shift News.

Questions remain since Herrera hasn’t issued a proper statement yet. The White Flag International web site states that the scheme in Malta was initiated by Herrera, our Prime Minister and Tourism Minister Konrad Mizzi, supported by the President of Malta. Yet now Herrera is washing his hands of the whole affair.

While Malta continues to serve as an advert for a questionable and possibly fraudulent project, you have to ask: If igaming companies could get their name off that site within a few days, then what is stopping the Maltese government from taking action?

Who invited these people to Malta? Who introduced them to igaming? Why do we have an Environment Minister refusing to be held accountable for endorsing a dodgy scheme?

So many questions. Yet, months later, we have few answers. What we do know is that Malta’s genuine NGOs working tirelessly to clean up Malta were robbed of the support while taxpayers’ money went to a Croatian bank.

EP Special Committee on Financial Crimes to focus on Malta