Concerns on the ‘White Flag’ project in Malta have been brought to the European Commission’s attention in questions tabled at European Parliament by PN MEP Francis Zammit Dimech, as former sponsors who donated thousands of euro to the ‘environmental’ project are withdrawing their support.

The logos of companies who have donated hefty sums to the White Flag project have been removed from the project’s web site after The Shift News raised concerns on the benefits and aims of the project. It was revealed that the organisers were charging sponsors some €25,000 to award a flag to a beach meant to denote the marine environment had been cleaned of plastic.

The government’s support of the project encouraged private companies to also donate to the project. There are seven White Flags in Malta and Gozo, amounting to tens of thousands of euro. Now, sources who spoke to The Shift News have said “there is no working relationship” with the project any more.

Steve Abela of Lord’s Gym, the only Maltese who lent his name to the project conceived by Croatian Kristian Curavić, also told The Shift News that he had cut all ties with the organisation only a few days after concerns were raised.

Ministers had lined up for photos with the organisers placing flags at different beaches, with the Gozo Ministry even committing to having White Flags on all of Gozo’s beaches. 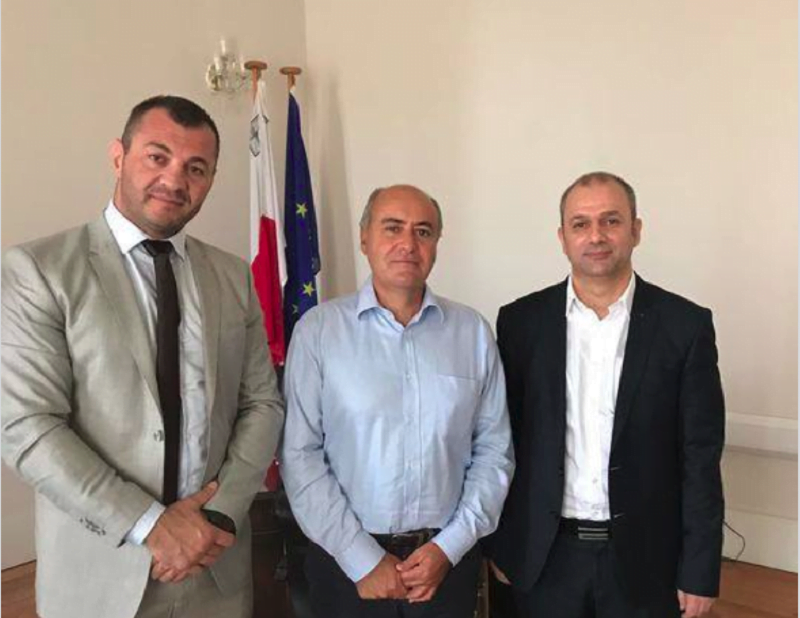 White Flag International labelled Environment Minister Jose Herrera a “pioneer of ocean protection, preservation and cleaning,” saying he had been “an ally” from the start.

After what The Shift News revealed, Herrera admitted that no due diligence had been conducted on the organisation before the government lent is support to a project that was charging €25,000 per flag, despite very little known of the man behind the idea – Kristijan Curavić.

The Croatian ‘reinvented’ himself as a “cleaner of the seas” after failed projects in other countries, where he also faced accusations of fraud, according to international media reports. Curavić has denied the charges.

Zammit Dimech questioned the European Commission’s presence at events by White Flag International, and whether any EU funds had been channeled to the project.

In questions tabled in the European Parliament last week, the MEP also asked whether any due diligence had been conducted on the organisation. Photos of Commissioner Karmenu Vella were used to promote the project.

Sources working with some of the sponsors who spoke to The Shift News said they had transferred €25,000 to an account in Zagreb, Croatia. Local environmentalists have questioned the project’s contribution, saying there were no visible results. Clean ups continue to be done on a voluntary basis by local NGOs.

The Gozo Ministry committed to using taxpayers’ money for two White Flags on the sister island, although the Ministry would not say how much it paid. The Croatian who conceived of the project said the Gozo Ministry got “two for the price of one”.

Investigations revealed little or no monitoring was being done by those ‘awarding’ the certification to the beach. Photos taken of beaches awarded a White Flag in Malta and Gozo ridiculed the notion of a plastic free beach as currents washed large amounts of plastic onto the sand.

Ghajn Tuffieha – awarded a White Flag – recently needed an emergency clean up after the amount of plastic that was washed onto the sand after a storm – the clean up was not done by White Flag International, as would be expected.

The plastic waste washed onto the beach was cleaned up as a result of a coordinated effort between the Environment Ministry, the Environment and Resources Authority, Ambjent Malta and NGO No to Plastics, according to a statement.