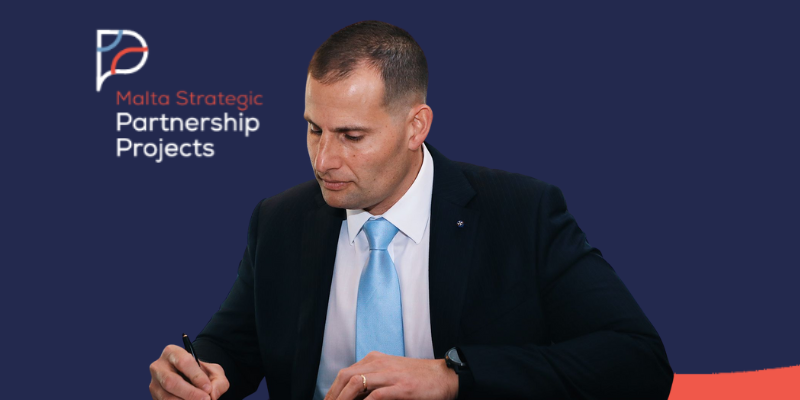 Privatisation Unit dismantled and taken over by Castille

Updated to include Fredrick Azzopardi’s response

Prime Minister Robert Abela has taken full control of the privatisation process of public assets by dismantling the decades-old Privatisation Unit and passing over all its functions to Projects Malta, which now falls under his direct command.

In another political power play aimed at diluting minsters’ clout while increasing the prime minister’s oversight on government functions, The Shift can report that the Privatisation Unit, which has traditionally been part of the finance or economy ministry, was shut down following the last general elections in March.

The OPM instead delegated the unit’s functions to Projects Malta, rebranded as Malta Strategic Partnership Projects Ltd (MSPL), and was included in the prime minister’s portfolio.

Established in the late 90s by former finance minister John Dalli, the Privatisation Unit managed the sensitive processes related to the offloading of significant government assets, from banks and yacht marinas to the Malta International Airport, the National Lottery, and the Malta Freeport, among others.

It was first chaired over a decade by Emanuel Ellul, a former Central Bank Governor, who resigned in 2013 following differences with then-minister Chris Cardona, who had attempted to interfere in the granting of a casino licence.

Former civil servant Manuel Camilleri later took over until the unit was shut down permanently by Robert Abela last June. Camilleri was instead named the Planning Authority’s non-executive chairman.

While the government kept the closure of the Privatisation Unit under wraps, senior government officials have informed The Shift that the prime minister wanted all future privatisations to be under his control.

The sources said that although Abela is trying to disassociate himself from the bad reputation that Projects Malta had acquired when it was managed by Konrad Mizzi, Abela nevertheless chose to retain two ‘problematic’ individuals directly associated with his predecessor.

“While getting rid of James Piscopo, the MSPL board still has Joseph Cuschieri and Frederick Azzopardi – two Muscat acolytes who ended up in trouble over their actions.”

While Cuschieri, a former Malta Financial Services Authority CEO, was forced to resign after being exposed going on a paid holiday financed by his friend Yorgen Fenech, Azzopardi is facing a raft of claims related to embezzlement in major road projects and was also arraigned in court on criminal charges over a breach of environmental laws.

The prime minister’s retention of both Cuschieri and Azzopardi on the government’s new privatisation vehicle jars because both are now working in the private sector with potential conflicts of interest.

In addition to Cuschieri and Azzopardi, the MSPL board also includes Chairman David Matrenza, Edward Mifsud and Joseph Scalpello.

In a first initiative under Abela’s guidance, a call for expressions of interest was recently issued for developing the Sliema Chalet.

Abela also announced that a similar proposal would be issued shortly for the development of Evans Building in lower Valletta –  a location keenly sought by a foreign businessman who has invested in Valletta in recent years.

The Shift is also informed that the OPM is using MSPL to give employment contracts to former Labour Party insiders who Abela wants to keep at arm’s length.

“Please note that following my resignation from Infrastructure Malta, I also resigned from all Government Boards and, therefore, I am no longer a Director of MSPP,” Azzopardi said in reply to The Shift.

Emanuel Ellul was appointed as Chairman of the Privatisation Unit by a PN administration despite Ellul’s political leanings being very much PL. He was a brilliant Chairman, immune to any form of corruption. Once the PL took over in 2013, he chose to resign very soon afterwards and the dismantling of the Unit began.

Robert Abela wants to cut the cake himself?
He is no expert in the field except his legal fees calculations and MEPA wormhole passages. There must be something big being cooked or Abela is shooting all the cooks.
Is AirMalta being shafted ready to be barbecued?
Is the infamous Underground Rail Project being sliced into units for the different contractors? With brown envelopes at the entrance?
This is a repeat of the Hospitals Sale. Muscat got rid of Minister Farrugia and installed Konrad Mizzi Minister of Health. The rest is history for this chapter.
Is there a new chapter being drafted by Abela for his retirement?