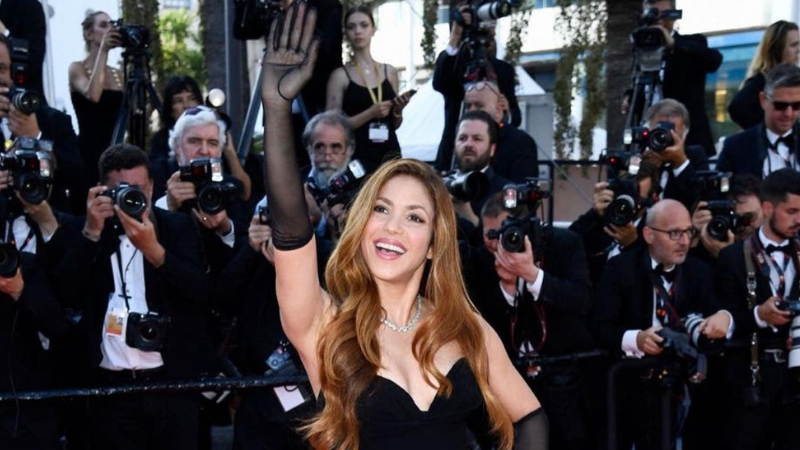 Colombian singer Shakira is facing six charges linked to tax crimes following a year-long investigation by Spanish authorities who argue her crimes were aggravated through the use of companies in Malta and other low-tax jurisdictions.

Following the exposure of her offshore business empire in 2017 through the Paradise Papers investigation, the chart-topping musician has been in hot water with Spanish prosecutors.

She is being accused of using a network of 14 offshore companies to avoid tax to the tune of €14.5 million, and is facing a €23.3 million fine and a possible eight-year jail term.

One of the companies forming part of Shakira’s offshore business empire was Tournesol Ltd, a Malta-registered company used as the official rights-holder of her musical assets, which were valued at around €32 million. The company was registered in 2007 and remains active.

Shakira was in an 11-year relationship with Spanish footballer Gerard Piqué, with whom she had bought a property in Barcelona. Spanish authorities specifically homed in on tax payments which they claim are due from the years 2012 to 2014.

While Spanish tax inspectors are insisting that Shakira was in fact residing in Spain for enough time to qualify as a resident for tax purposes, the singer denies this was the case and cites international commitments as the main reason for her offshore network, and that she resided in the Bahamas during the years in question.

Malta’s tax regime is highly accommodating to companies with no physical presence in the country but are nonetheless registered here.

An EU Tax Observatory report published in September of last year shows that Malta is one of 17 tax havens across the world in which Europe’s 36 largest banks book billions in shareholder profits so as to skim off taxes they would otherwise have to cough up in other, higher-tax jurisdictions.

The report’s conclusions outline how if all 17 tax havens were subject to a harmonised 15% tax rate across the board, banks would be contributing at least an additional €3 billion every year in taxes owed to the countries in which those profits were made.

In December last year, the EU Commission proposed a directive that would ensure a 15% minimum corporate tax rate across all EU member states, a directive which all Maltese MEPs flatly voted against when it was first proposed.

The directive remains dead in the water for the time being following Hungary’s opposition to the minimum corporate tax rate. According to EU rules, the Council of Europe, on which the EU’s 27 leaders sit, need to unanimously agree to its implementation before any such directive can be approved and enforced.

The reputation of Malta is in the bin.

Thanks PL (Political Looters) under ROBBER Abela.
(The man who is really afraid of journalists and Caroline Muscat.)

Matthew
Reply to  Out of Curiosity

This company was incorporated in 1996 and struck off in 1999 according to ICIJ data base. Ghax Gonzi kien imexxi dak iz-zmien.

“ Spanish authorities specifically homed in on tax payments which they claim are due from the years 2012 to 2014.” 66% fi zmien Joseph he, jekk ma kontx taf!

Out of Curiosity
Reply to  Matthew

I’ve never said that this is the fault of the current administration, I’ve simply said that JM was prophetic. Everyone knows well that the degradation of the rule of law in Malta did not start in 2013 but way before. However, I can surely say that during the past 9 years, things got really ugly in this country, and the high level of corruption which continues to be exposed, together with weird political maneuvers, are what continues to drive our reputation into a cesspit.

The company was registered in 2007 under the adminstration of Lawrence Gonzi, so people who are commenting that this is the fault of current adminstration should really get a translator to read the article for them 🙂

Have we forgotten how to earn an honest living? It seems so to me.

During the Nationalist Administration, the government used to give tax rebate and other financial help to foreign companies to set up shop in this country, in order to provide job opportunities to skilled workers, technicians, engineers, supervisors, shift workers and so on. The scheme was so successful that workers preferred to work with foreign companies than seeking a job with the government. In fact up to 2013 the engaged workers with the government were on the decline. Come the Labour government in 2013 and everything has been reversed to detrimental of the workers and to the economy.

I don’t know how the nationalist party is not in heaven. Be credible if you have things to say ,and mention the dirty things there were even in the party that you worship

You have the time to tell us all about it. You can start by telling us how many worked for the PN government in Jan 2013 and tell us the same for the PL government for Jan 2020.In both cases include government parastatal companies.

You really and honestly think that there are not far more working with the government now ??? Are you living in Malta ??