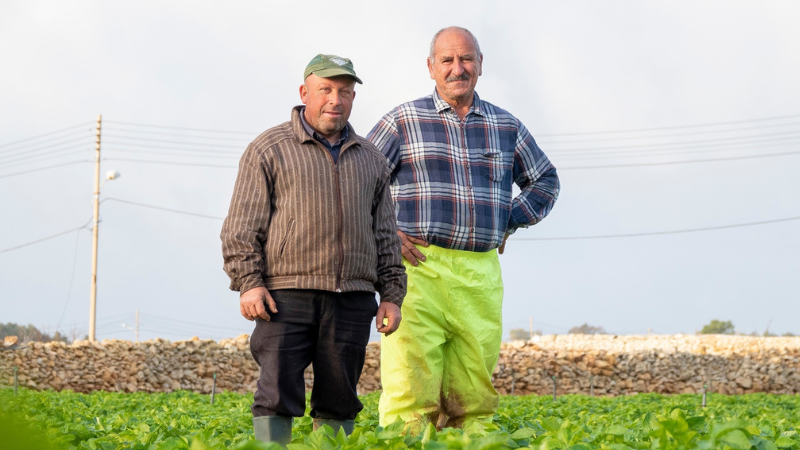 In yet another complicated twist to the legal saga related to the Agricultural Leases Act, a 2018 legal notice that allows the holders of lease agreements to transfer their lease to third parties, is leading to farmers being outbid by non-farmers, including developers, for coveted parcels of workable land.

The head of farmers’ association Għaqda Bdiewa Attivi (GħBA), Malcolm Borg, reached out to The Shift after being made aware of several cases in which farmers could not keep up with other bidders who sought to claim workable land to use it for non-agricultural purposes.

While the law previously only allowed such leases to be passed on from parents to their children, Legal Notice 438 of 2018 amended the original Government Lands Act to allow transfers to third parties who qualify as “bona fide farmers”.

The problem, however, lies in the fact that the legal notice does not specify what ‘bona fide farmers’ are, stating only that such a farmer would be registered as part-time or full-time with the Director of Agriculture.

Cases such as that of Chloe Portelli, the daughter of developer Joseph Portelli, in Gozo highlight the abuse of developers registering as farmers and taking over agricultural land.

“The law permits such transfers to be made only to ‘bona fide farmers’ without providing any definition. They only require applicants to provide a certificate from the Department of Agriculture that they are ‘farmers’, which is issued even if you have one tumolo of land,” Borg told The Shift.

“Hence what is happening is that a non-farmer, especially contractors but not only, are giving a ‘gift’ (rigal) to the current lease-owners to pass on the lease to them. As long as they have official registration, in the eyes of the Lands Authority, they are bona fide farmers,” he added, explaining how the act of ‘gift-giving’ is essentially an unofficial down payment to convince the lease-holder to hand over the title.

The legal notice stipulates that the Lands Authority is empowered to proceed with legal action against individuals before the First Hall of the Civil Court should it find that, following a lease transfer, the land is not being used for agricultural purposes.

In such a case, the Authority would be requesting the court to order the eviction of every person from the land in question while declaring the transfer null and void.

Borg maintains that the Authority has no system in place to verify what’s happening to the land it’s renting out, meaning that genuine farmers with limited cash flow are in a situation in which they are forced to compete for cheap leases with much wealthier speculators.

This, Borg maintains, is exacerbating already-existing pressure on the agricultural sector in Malta, which has been hit with a perfect storm scenario consisting of a steep increase in costs as well as a wave of farmer evictions.

Questions have been sent to the Lands Authority to inquire about the number of verification inspections carried out and whether it has ever brought anyone to court following a breach of the conditions stipulated by the legal notice.

“It’s a disaster for farmers that want more land but cannot pay a substantial ‘gift’ to the current lease-holder as other non-farmers are. It’s a disaster for new farmers that want access to land to start their activity but have no way to get their hands on such land due to these giants grabbing more and more land,” Borg said, stressing this is a problem for food production and security.

In its efforts to substantiate its case, GħBA has commissioned a satellite imagery analyst to assist them in monitoring land parcels that were up for grabs through a tender for interested potential lease-holders issued by the Lands Authority.

Hence why Chloe suddenly became a farmer but maybe she is going to farm in Montenegro?