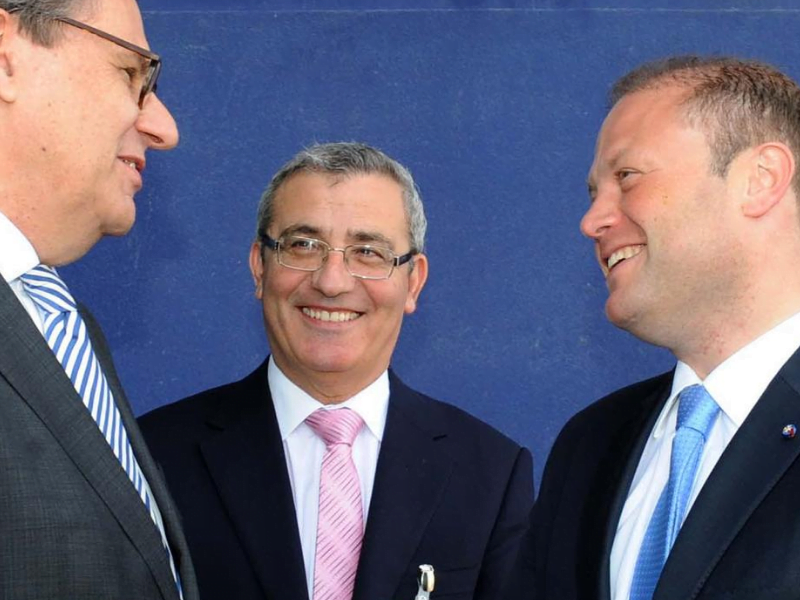 Foreign Affairs Minister Evarist Bartolo was true to form during his testimony before the public inquiry looking into the assassination of Daphne Caruana Galizia on Wednesday, repeatedly saying he influenced change towards better governance under former Prime Minister Joseph Muscat “from the inside”.

Bartolo spoke about the “strong gesture” he had made in 2016 when, together with former Labour MP Godfrey Farrugia, he had suggested Konrad Mizzi should resign after the Panama Papers revelations.

Despite the gesture, Bartolo had then voted along government lines whenever a vote of confidence was presented in parliament.

Bartolo compared himself to astronomer Galileo Galilei, who was spared torture and death after publicly withdrawing his then-controversial observations that the Earth revolved around the sun.

Yet in an interview with Deutsche Welle’s Tim Sebastian in March, Bartolo had admitted that resignation in 2016 could have put more pressure on the situation.

During his testimony before the public inquiry, Caruana Galizia family lawyer Therese Comodini Cachia asked Bartolo on the exact actions he had taken, to which Bartolo replied that he had spoken to Muscat, former Chief of Staff Keith Schembri, former Minister Konrad Mizzi as well as the Cabinet.

Asked for their reaction when confronted, Bartolo said there was no reaction.

The Foreign Affairs Minister has frequently been criticised for being a keyboard warrior of sorts; writing lengthy social media posts against corruption, yet never resigning from his ministerial position or taking concrete, public action.

Judge Abigail Lofaro said changes started to happen after civil society protests but Bartolo said it was not the only cause of government changes. He added that he was not alone in inflicting internal pressure.

“I tried to change at least a millimetre of reality,” he told the board.

In reply to questions by Caruana Galizia family lawyer Jason Azzopardi, Bartolo also agreed that a political party should not use its strength to discredit a journalist.

The dehumanisation and attacks towards Caruana Galizia have become one of the main subjects throughout the inquiry.  In February, The Shift’s founder Caroline Muscat presented a detailed dossier about the online harassment and dehumanisation targeting Caruana Galizia both before and after her death that was the result of a six-month investigation in secret and closed pro-Labour online groups that were even administered by employees at the Justice Ministry.

Bartolo, a former journalism professor and lecturer of Caruana Galizia, had never distanced himself from the attacks made by the Labour Party as they were happening prior to her death. When Bartolo had expressed his disapproval to Sebastian, he had called the attacks “unacceptable” but was quick to explain away this phenomenon as “part of the local political culture”.

In the public inquiry session of Friday, Reporters Without Borders spokesperson called the attacks “unbelievable” and said that such attacks were not common in the EU.

Bartolo told the board how in some of his social media posts he had touched upon the influence of Muscat’s former Chief of Staff Keith Schembri on the Cabinet.

“The concentration of power was too great and not good for the government or country,” he said.

While being questioned by Comodini Cachia, Bartolo was asked about a social media comment on power and friendships. She asked him if he was meaning that there was a shadow government that was led by Schembri.

Recent revelations have given a clearer idea on Schembri’s power over the government. In the latest revelation on Tuesday, the Auditor General highlighted Schembri’s role in the hospitals’ deal. Schembri denied this, as he denied testimonies of his involvement in political interference in the investigation into the journalist’s assassination.

Bartolo told the board that the details of the deal, first tackled by the assassinated journalist in her reporting, were not discussed by the Cabinet.

In fact, Bartolo told the board, it was in the National Audit Office report that he first became aware of the details. “These details did not emerge in Cabinet,” he said.

Asked by the board about any role that former government official Neville Gafa had in the Foreign Affairs Ministry, Bartolo said Gafa has held no role within his ministry in the last six months (since Bartolo was appointed Foreign Affairs Minister). He said he was unaware of any role Gafa held prior to his tenure.

Gafa’ had helped Malta negotiate a secret agreement with Libya to intercept migrant vessels. Yet his past role remains ambiguous, it having only been referred to as one of a “coordinator”.

The board pointed out that ministers must talk among themselves, but Bartolo said that he had never heard anything about Gafa’s role.

Comodini Cachia explained to Bartolo that ministry files of employees must remain in the ministry, but Bartolo said he did not check the files.