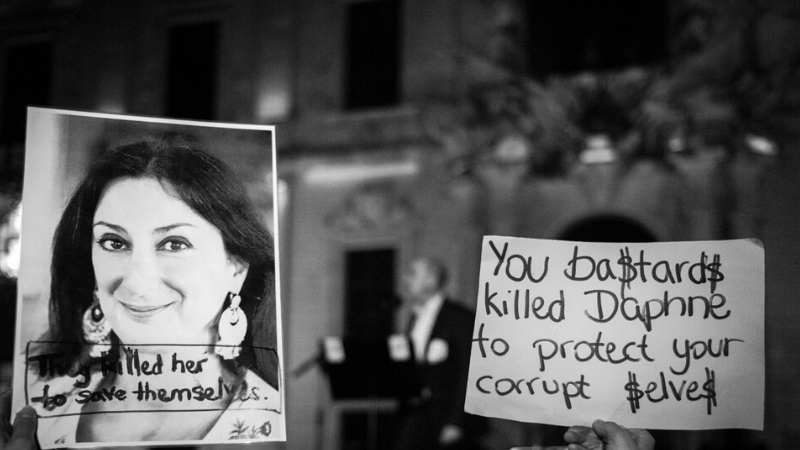 In an open letter, the groups said they “remain deeply concerned that legal proceedings around the murder have not yet delivered full justice for Caruana Galizia or her family” and requested that he “invite the European Union Agency for Law Enforcement Cooperation (Europol) to provide further support to the legal proceedings”.

Caruana Galizia was murdered in October 2017 by a bomb placed under her car that detonated a few metres from her Bidnija home. Three men were charged with the act a few months later but almost two years passed before former businessman Yorgen Fenech was charged with being the mastermind.

The organisations made reference to the murder investigations of Slovakian journalist Jan Kuciak and his fiancee Martina Kušnírová, who were shot outside their Bratislava home in February 2018, and pointed out that Europol’s assistance was praised for its contribution to the legal proceedings in Kuciak’s case.

One month ago, a Slovakian court sentenced Miroslav Marček to 15 years in jail for shooting Kuciak and Kušnírová. Another three people are still on trial. Both Kuciak and Caruana Galizia had reported on corruption and the links of influential business owners to political leaders.

Europol’s involvement could provide valuable support and help secure a successful result in the case of Caruana Galizia, they said.

The groups also noted that the call to invite Europol was also made, along with other recommendations, by the European Parliament’s Rule of Law Monitoring Group.

They referred to the fact that Malta also had a new prime minister who promised to see through the recommendations made by the Venice Commission, saying the “new leadership” led to expectations that these, together with those made in the December 2019 European Parliament Resolution, would be delivered.

Europol’s strengthened support can also contribute to addressing these. “We also hope that Europol could help facilitate legal proceedings, including improving the cooperation of the Maltese authorities with all foreign jurisdictions and enabling better access to information,” the letter said.

The Maltese authorities had a new opportunity to demonstrate that justice will be delivered for Caruana Galizia and her family by requesting a joint investigation team.

“By delivering justice in this important case, the Maltese authorities will demonstrate that no one in Malta is above the law and that journalists will be protected,” it said.

It was signed by the Committee to Protect Journalists, Reporters Without Borders, International Press Institute, Article 19, Index on Censorship, Association of European Journalists, European Centre for Press and Media Freedom, Scottish Pen and IFEX.

Are sea rescue NGOs really a pull factor for migration?